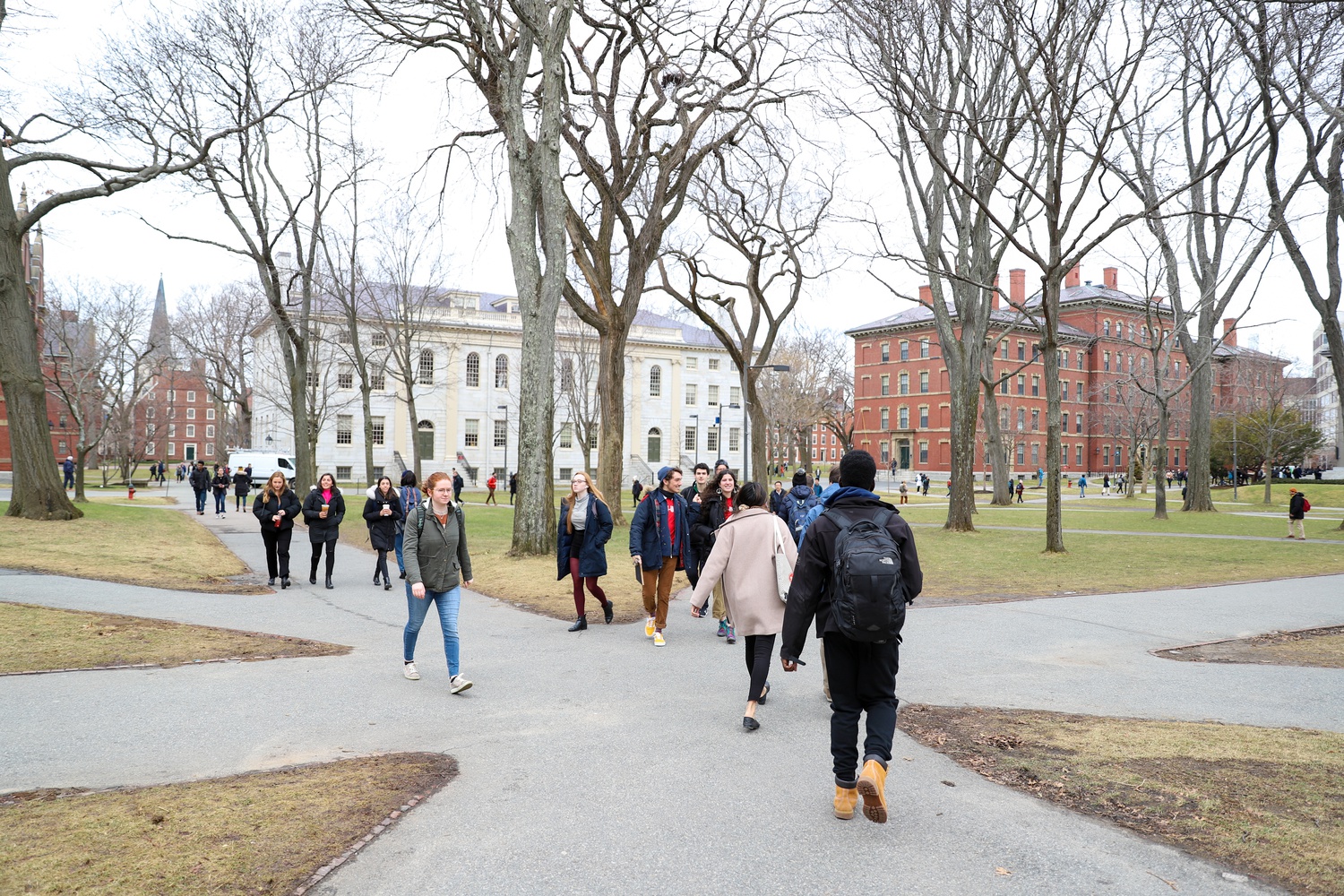 Blue skies and crowded lecture halls welcomed students back to campus as they shopped classes on Monday, marking the first day of the spring semester.

Across campus, students sampled classes including the perennially popular Economics 10b: “Principles of Macroeconomics.”

This academic term also marks the beginning of a new General Education lottery process. Instead of individual lotteries coordinated by each course, the new system features a centralized ranked-choice lottery run by the Gen Ed office.

Ayana M. Yaegashi ’23 was one of the lucky few to claim a seat in Gen Ed 1051: “Reclaiming Argument: Logic as a Force for Good,” taught by Philosophy Department Chair Edward J. Hall. It meets in Harvard Hall, which recently reopened following half a year of renovations.

“I want to take it because it would be cool to be able to dissect arguments,” Yaegashi said. “It’s kind of interesting to know formal logic, because you always think about it and we all have some sort of instinct for it.”

In many cases, classes were filled to the brim, leaving people to claim any space they could, including in aisles and on windowsills.

“I was physically uncomfortable. We had to move down on our little bench because there were so many people there,” Berry said. “There were more people there than there were in Ec 10b, and I think that’s the measure for a packed room.”

Some professors spent their lectures doing more than presenting syllabi. Physical Science 11: “Foundations and Frontiers of Modern Chemistry” decided to play with fire.

“They showed a lot of experiments on the way just to prove that the class is going to remain interesting,” Michael L. Zhang ’‘23 said. “He held a candle up to two balloons, and because of the flames, the balloons would explode. I had decided to take the class already, but experiments are always cool.”

Students do not finalize course selections until Friday, giving them the opportunity to casually survey classes for themselves before the deadline.

After shopping Computer Science 124: “Data Structures and Algorithms,” Katherine F. Zhang ’23 found a valuable course to add to her schedule.

“I’m excited to see computer science from a more abstract and theoretical perspective because that’s not something that I’ve really done before,” she said.

Others, like Derek N. Zheng ’23, had different thoughts about the first lecture.

“We just spent an entire lecture learning about coin flipping,” he said.