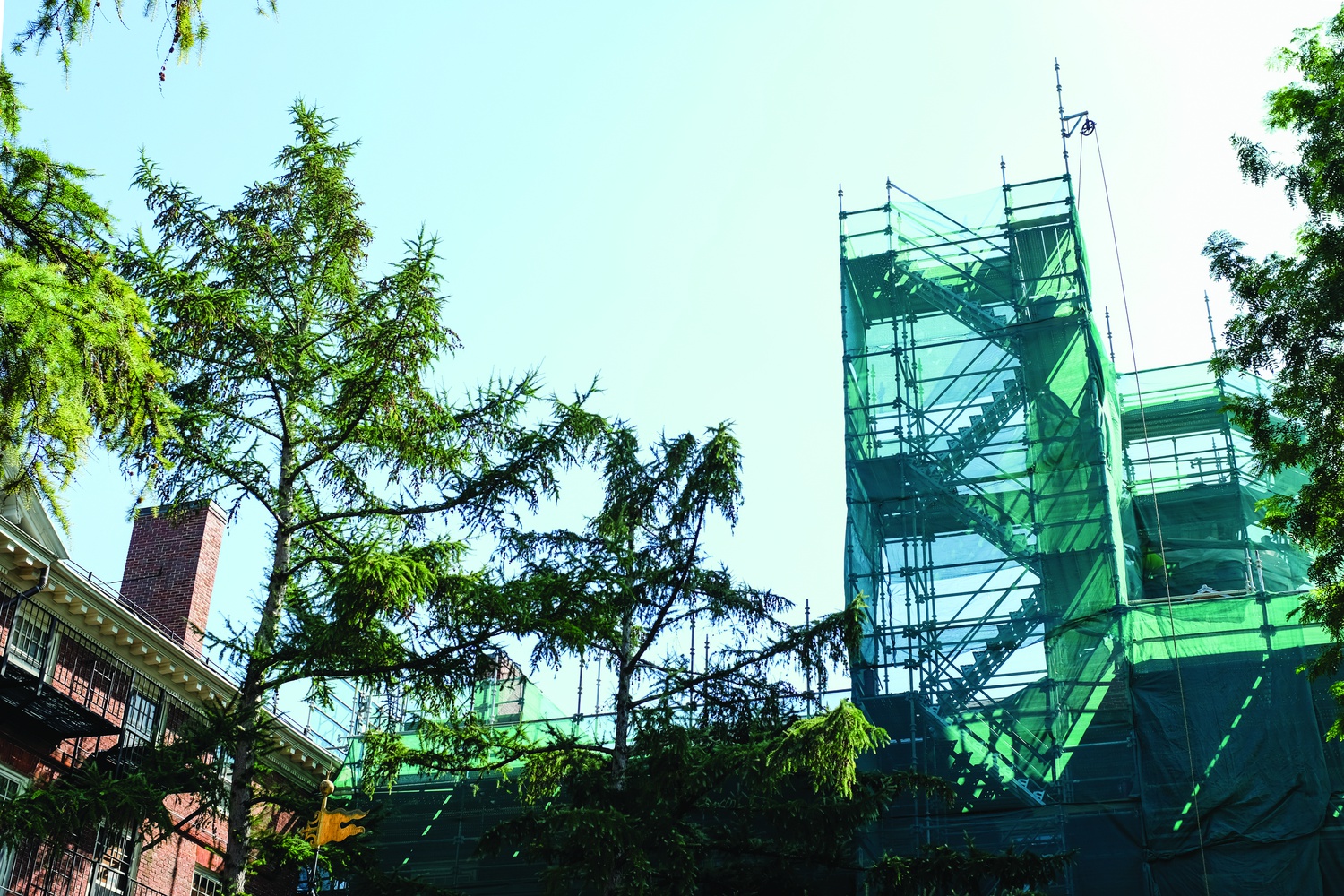 Major interior and exterior renovations began June 4 on Harvard Hall — one of the oldest and most historic buildings in Harvard Yard — and will continue through the start of second semester, according to Faculty of Arts and Sciences spokesperson Rachael Dane.

The nearly eight-month renovation will include updating the building’s wooden cupola, masonry façade, and classrooms, according to the FAS Learning Space Renovations website. Following renovations, existing classrooms will feature new audio and video technology, in addition to improved accessibility, lighting, and acoustics.

Eight representatives from administrative and College departments formed an advisory team to aid renovation design and program plans. The University also invited other faculty and students to share their opinions on effective classroom design.

“Because the project requires the entire building to be closed, it provides a unique opportunity to holistically re-imagine how innovative classroom design for the entire building can support Harvard’s teaching and learning environments, enriching the educational experience for students and faculty alike for decades to come,” the website reads.

Despite the promise of new classrooms and technology, freshmen in dorms neighboring Harvard Hall said they are less than thrilled about the ongoing construction.

“It's a little bit inconvenient during the day because we can't walk through the walkway over there to get to the Johnston [Gate],” Lionel Hall resident Carol J. Cao ’23 said, referring to a path between her dormitory building and an entrance to the Yard.

Cao said she heard construction begin around 6 a.m. one day, which she thought was “very unreasonable” given that college students live next door.

“Initially it was pretty annoying because I think the first day it woke us up at 6:45 a.m.,” Welsh said.

After they went to their proctor to complain about the noise, however, Welsh and Mestre said the situation improved a bit.

“Which is a little better, but then all the guys are out there like stretching and yelling before they start,” Welsh added. “That's a little interesting.”

Other Hollis Hall residents, though, said that the construction did not pose a significant disruption to their daily schedules. Kareese N. Akinloba ’23 said the construction started late enough to not interfere with sleep.

“Usually they don't start until like, eight-ish or nine-ish so I'm already awake and my roommates are usually awake too, so that's not really a problem,” Akinloba said. “It's not that big of a deal.”

Harvard Hall is expected to re-open for the Spring semester on Jan. 27, 2020, according to Dane.