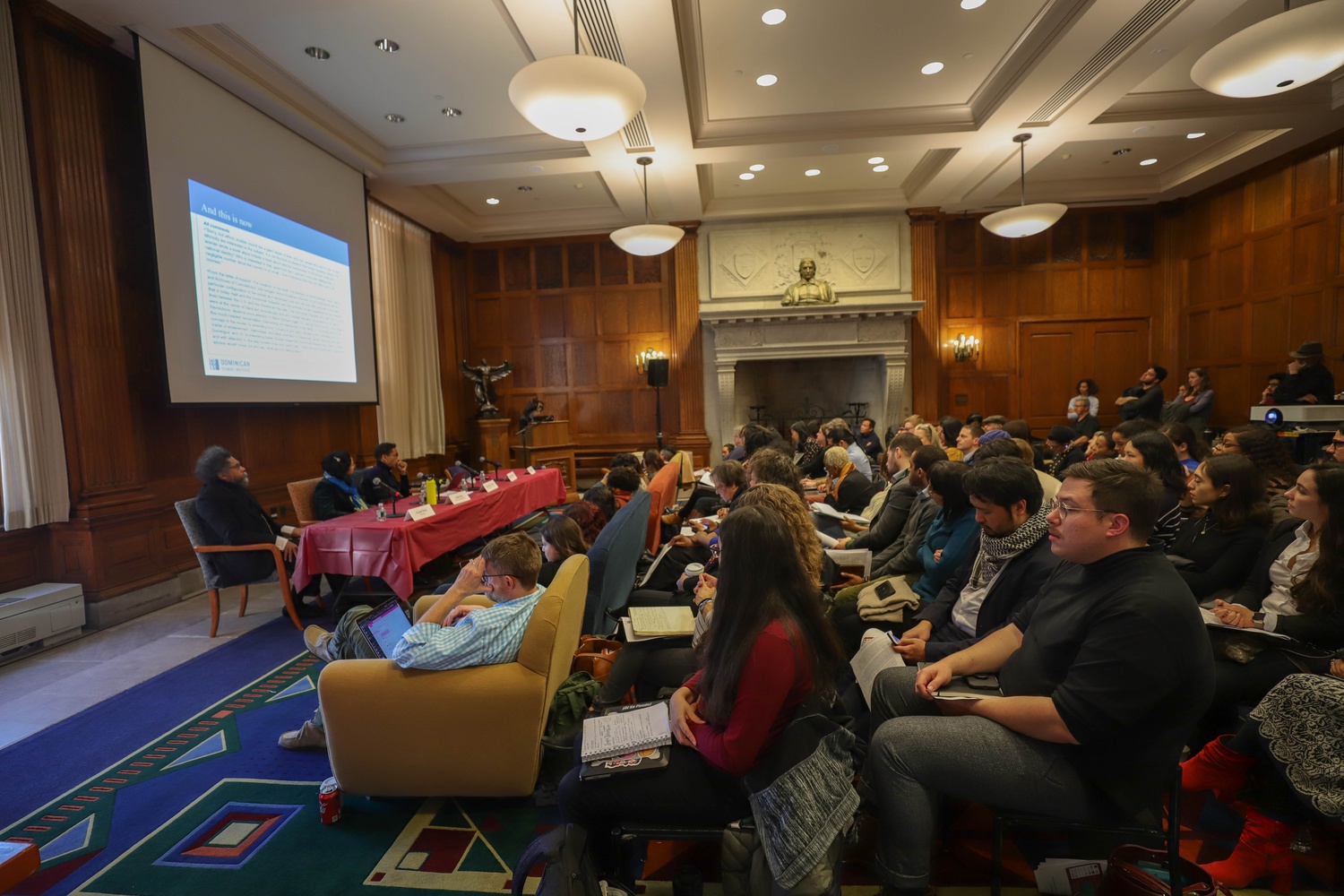 Harvard faculty, students, and visiting scholars crowded into the Barker Center’s Thompson Room Thursday to attend “The Legacy of Dominicanidad: A Symposium on the Work of Lorgia García Peña,” a day-long panel hosted by the Warren Center for Studies in American History.

In accordance with the Warren Center’s 2019-2020 theme, “Past, Present, and Future of Ethnic Studies,” the symposium aimed to honor Romance Languages and Literatures associate professor Lorgia García Peña’s work in Latinx studies and to advocate for an expansion of ethnic studies at Harvard.

Soon after the event began at 9 a.m., a sign outside the room indicated it was at full capacity. Attendees unable to claim a seat squeezed together on the couches bordering the room or sat on the floor.

Nicole M. Guidotti-Hernández, a visiting scholar at the Warren Center, described this year’s theme as a “really important milestone” in the history of ethnic studies.

“The Warren Center wanted to have a structured conversation about it as a year-long set of programs and as an intellectual project,” she said.

The morning panel focused on García Peña’s scholarship and contribution to the advancement of ethnic studies at Harvard and beyond. Panelists praised García Peña’s 2016 book, "The Borders of Dominicanidad: Race, Nation, and Archives of Contradiction," which explores the ways well-known histories have drawn racial borders between Haiti, the Dominican Republic, and the United States.

“Your work is even more pioneering in the sense that it comes on the wave of this magnificent, sophisticated indictment of a U.S. empire that is in such decline and decay,” West said, addressing García Peña, who attended the event.

“Your first book is going to last — it’s going to endure,” West added.

After a lunch where attendees mingled amongst themselves over coffee and refreshments, a second panel titled “Dominicanidad's Diasporic Reverberations” continued the discussion by examining García Peña’s research more specifically.

After the panelists’ closing remarks, several students from the Harvard Ethnic Studies Coalition — many of whom were taught by Garcia Peña — led a demonstration at the front of the room, carrying a banner that read “WANT DIVERSITY? TEACH OUR HISTORIES.”

“It was heartening to see the students here today and their participation,” Warren Center visiting scholar Marisol LeBrón said.

In fall 2018, Faculty of Arts and Sciences Dean Claudine Gay said she was looking to recruit faculty who specialize ethnic studies before creating a formal program. FAS is currently undertaking a faculty search for three or four tenured or tenure-track professors who specialize in Asian American studies, Latinx studies, and Muslim American studies.