Harvard Forward is Trying to Change the Board of Overseers. Here’s Who They’re Endorsing.

This year’s election for the Board of Overseers — scheduled for April 1 to May 19 — has brought a slew of young alumni campaigning for a chance to compete for a spot on Harvard’s second highest governing body.
By Michelle G. Kurilla and Ruoqi Zhang

The Harvard Corporation and the Board of Overseers often meet in Loeb House, pictured here in 2017. By Derek G. Xiao

This year’s election for the Board of Overseers — scheduled for April 1 to May 19 — has brought a slate of young alumni campaigning for a chance to compete for a spot on Harvard’s second highest governing body.

Harvard Forward — a student and alumni group working to bring attention to climate change and recent alumni representation within Harvard’s governance boards — began its campaign in October 2019. The group is campaigning in over 50 cities around the world in its bid to get five recent graduates from Harvard College, Harvard Law School, Harvard Kennedy School, and the Harvard School of Public Health on the ballot.

Harvard Forward’s platform argues that the University should divest all assets from fossil fuels, reserve 20 percent of seats on the Board of Overseers for recent graduates, and develop more transparent investment guidelines, according to its website.

The group has also voiced support for Harvard Graduate Students Union-United Automobile Workers, which is currently negotiating with the University for its first contract after a nearly four-week-long strike in December 2019.

Harvard has repeatedly declined to divest its endowment and all assets from fossil fuels despite increasing calls to do so from students, alumni, and faculty. University President Lawrence S. Bacow and his predecessors have argued that the endowment should not be used for political purposes. 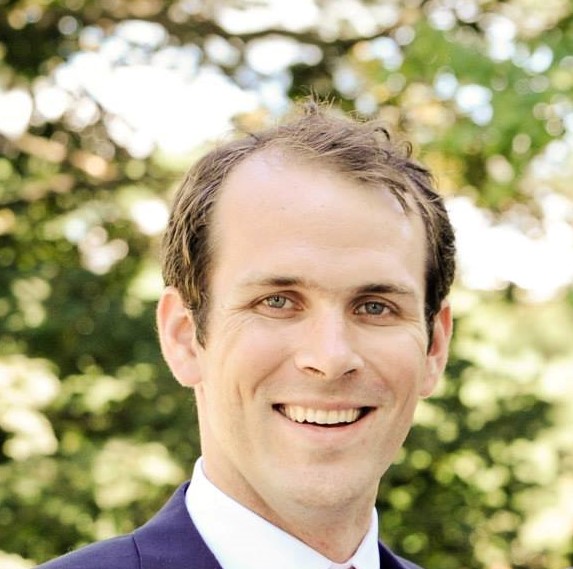 John E. Beatty '11 is a part of a campaign running to be elected to the University's Board of Overseers. By Courtesy of Harvard Forward
Advertisement

This year, Divest Harvard — an environmental activist group calling for the University to divest its endowment from fossil fuels — spearheaded prominent protests at the Harvard-Yale football game and the Institute of Politics. However, before Divest Harvard came to be, John E. Beatty ’11 co-founded Harvard’s chapter of a group calling for change, Students for a Just and Stable Future.

The organization — a New England-based student network based in Massachusetts — campaigned for fighting climate change and political inaction in government.

Representatives from a Just and Stable Future visited the State House every Friday throughout the 2011 spring semester to meet with legislators to lobby for their causes, even proposing two bills of their own to phase out coal use in Massachusetts by 2015 and create a task force to develop a plan for generating clean electricity in the state by 2020.

While at the College, Beatty also served on Harvard’s Student Review Committee for the Greenhouse Gas Reduction Implementation. The University set a short-term goal in 2008 to reduce greenhouse gas emissions by 30 percent from 2006 to 2016 — a goal it eventually met.

Beatty wrote in a Jan. 22 press release from Harvard Forward that he decided to run for the Board of Overseers because he wants the school to show leadership on climate change and include younger alumni in its governance.

“The university needs to engage more fully with the climate crisis than it has to date,” Beatty wrote. “Increasing young alumni representation on the Board will lead to more conversation about dedicating Harvard’s resources toward climate research and action – because it’s our future that’s at stake.”

Following his graduation from the College in 2011 with a degree in Economics and a secondary in Earth and Planetary Sciences, Beatty worked in investment, focusing on clean energy. He then went on to earn a Masters of Business Administration from the MIT Sloan School of Management in 2016. Beatty now works for Amazon as a senior product manager.

Beatty was a signatory on Amazon Employees for Climate Justice’s 2019 public letter to company CEO Jeff Bezos and its Board of Directors. The letter, which includes over 8,700 signatures, urges Amazon to adopt the climate plan shareholder resolution and release a company-wide climate plan. 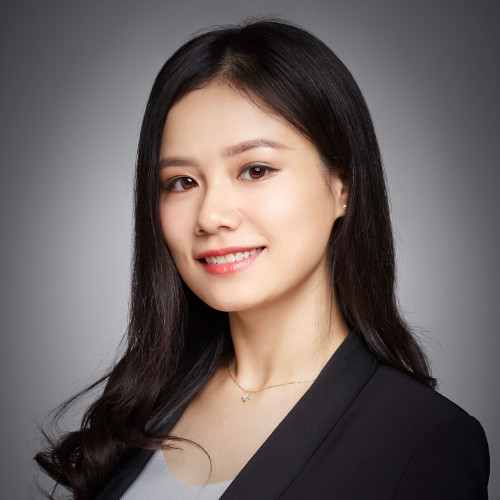 During her time at the Kennedy School, Huang co-founded “OZÉ,” which provides management tools for around 10,000 Ghanian small businesses with the hope of facilitating growth and generating employment.

Huang said in a Harvard Forward press release that she was drawn to run for the Board of Overseers because of the potential impact the University can have in combating climate change.

“Its students, alumni, and faculty are in many ways already leaders in working to solve the climate crisis, and Harvard has led on other important issues before,” Huang said. “As a mom-to-be, I want my kids to be able to enjoy the same beautiful world that I grew up enjoying.”

“We often used the phrase ‘ask what we can do’ at the Kennedy School, and I believe this is what we can and need to do together,” she added.

Before Harvard, Huang earned bachelor's degrees in economics and journalism at Tsinghua University — one of China’s most selective universities — where she was valedictorian.

During her time at Tsinghua, Huang served as a teaching volunteer in Taiwan, according to her blog. She also participated in debate tournaments and won several national and international awards, according to a Tsinghua University press release.

“She put a lot of effort into things judging from what I know of her previously,” Zheng said. “She will be able to make her contributions.” 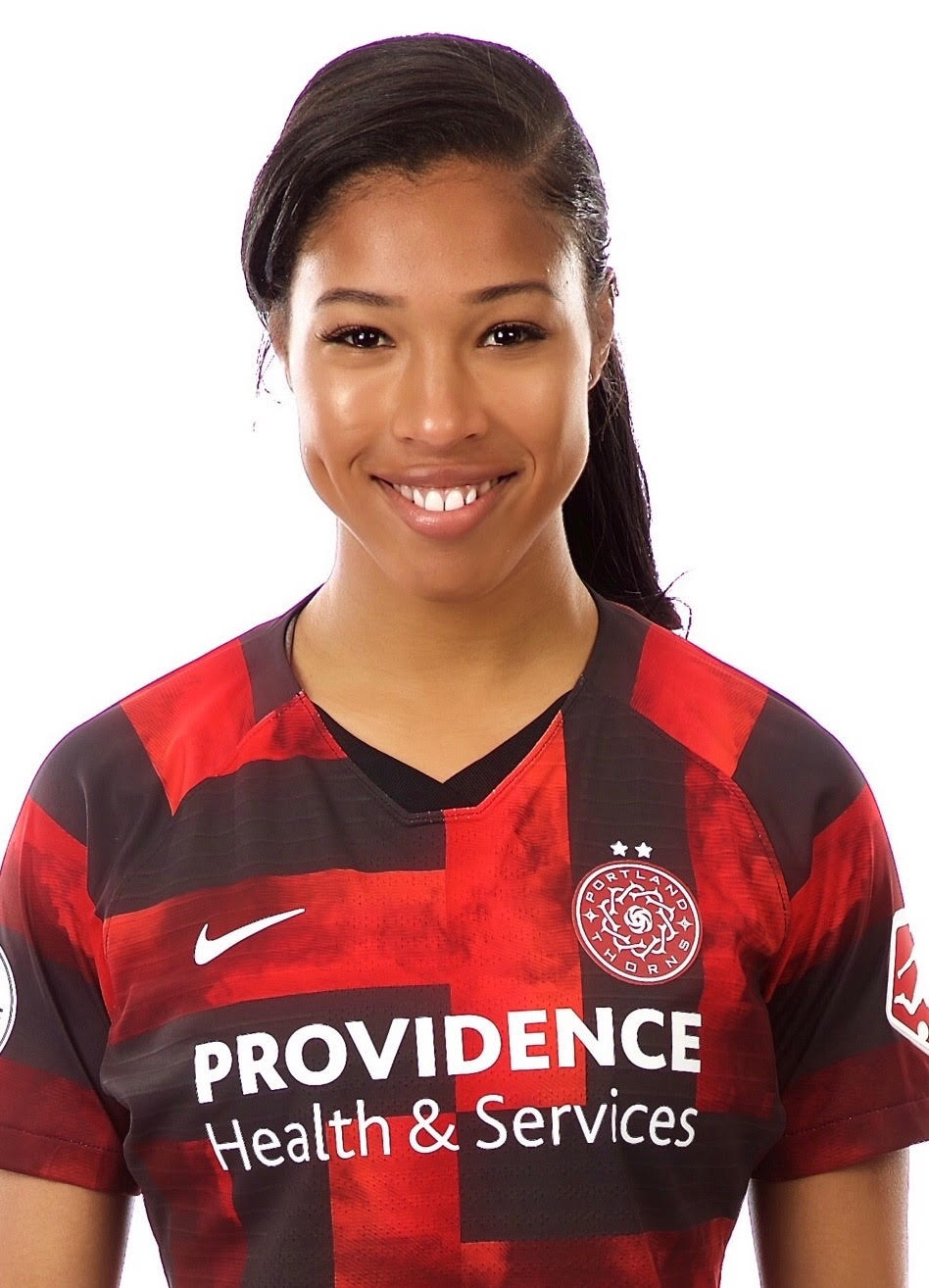 A two-time All-American and semi-finalist for the MAC Hermann Trophy, she was honored with the Radcliffe Prize in 2017 as Harvard's top female student-athlete.

Katherine I. Hess ’20, who played on the Harvard Women’s soccer team at the same time as Purce, said her teammate “led by example.”

“She’s one of those people that you can always learn something from everytime you’re around them,” she said.

Hess recalled a Yale soccer game that she played in alongside Purce on a cold and wet day. Yale was leading 1-0, but with two goals from Harvard — one of which came from Purce, Harvard emerged victorious.

“I just remember knowing that we could [win] because she was on the field, and she was pushing everyone to be their best,” Hess said.

Off the field, Purce participated in the Institute of Politics’s Politics of Race and Ethnicity program. Purce graduated from the College with a degree in Psychology in 2017.

After graduation, Purce was drafted by the former Boston Breakers soccer team with the ninth pick in the 2017 National Women’s Soccer League Draft. After a year with the Breakers, she began playing for the Portland Thorns in Oregon from 2018 to 2019, and was called up to play for the United States National Women’s Team in 2017.

Purce said in a Jan. 22 press release from Harvard Forward that she decided to run for the Board of Overseers because she believes that Harvard can inspire other universities to divest its endowment from fossil fuels if it does so.

“I decided to run for the Board of Overseers because I know that Harvard’s actions can inspire others,” Purce said. “This university is a leader in so many ways, but it hasn’t even agreed to divest from coal and tar sands. Boston, Columbia, Georgetown, Johns Hopkins, Oregon State, Oxford, Stanford, and the UC and California State University systems are all ahead of Harvard on this. We have a lot of catching up to do before we can call ourselves true climate leaders.” 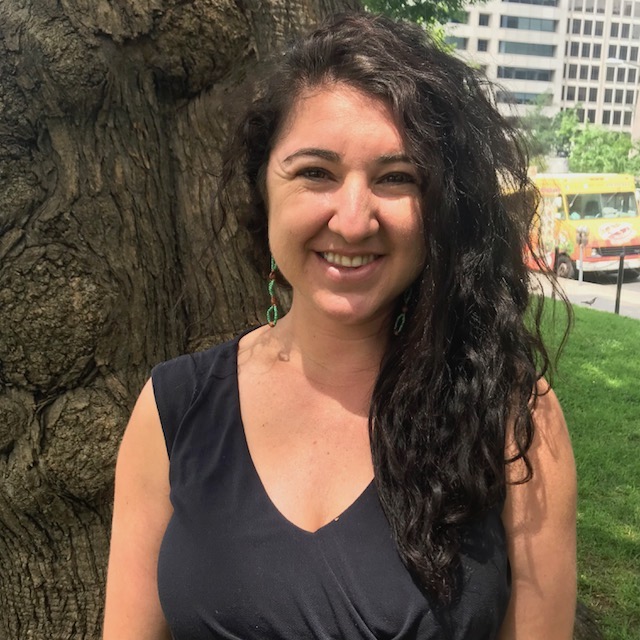 Dorothy "Thea" L. Sebastian '08, a graduate of Harvard College and Harvard Kennedy School, is running in a campaign to be elected to the Board of Overseers. By Courtesy of Harvard Forward

Dorothy “Thea” L. Sebastian ’08 had a pattern of pioneering projects during her time at the College.

As an undergraduate, she co-founded the Institute of Politics Energy Policy Group and created a magazine focused on female college students.

Sebastian also launched Freeze Magazine in 2005, which she described in The Crimson in 2007 as a “slightly more academic collegiate oriented version of Cosmopolitan or Seventeen.”

The college lifestyle and fashion publication was based out of the Harvard College Women’s Center and was available for free to students.

In a 2007 interview with The Crimson, Sebastian said she wanted to create a magazine that catered to college students.

“I remember sitting in my dorm with my three roommates, and we were all reading different magazines—‘Cosmo,’ ‘Seventeen,’ ‘Marie Claire,’” she said at the time. “They were all fun to talk about, fun to read, but none of them really addressed the issues of the college student, and I thought, ‘What if I started a magazine that filled that niche?’”

She also served as a special education specialist in the South Bronx with Teach for America from 2011 to 2013, according to the press release.

Now based in Washington, D.C., Sebastian works at Civil Rights Corps — a nonprofit aimed at ending systematic injustice within the American criminal legal system — as a policy counsel.

Sebastian wrote in the press release that she is running for the Board of Overseers because she sees climate change as an existential threat.

“People everywhere can now see the climate crisis for the existential threat that it is. Saving our planet isn’t political; it’s rational and necessary,” Sebastian wrote. “As fossil fuels become a losing long-term investment, divestment will ultimately safeguard Harvard’s endowment and its reputation as a global leader.” 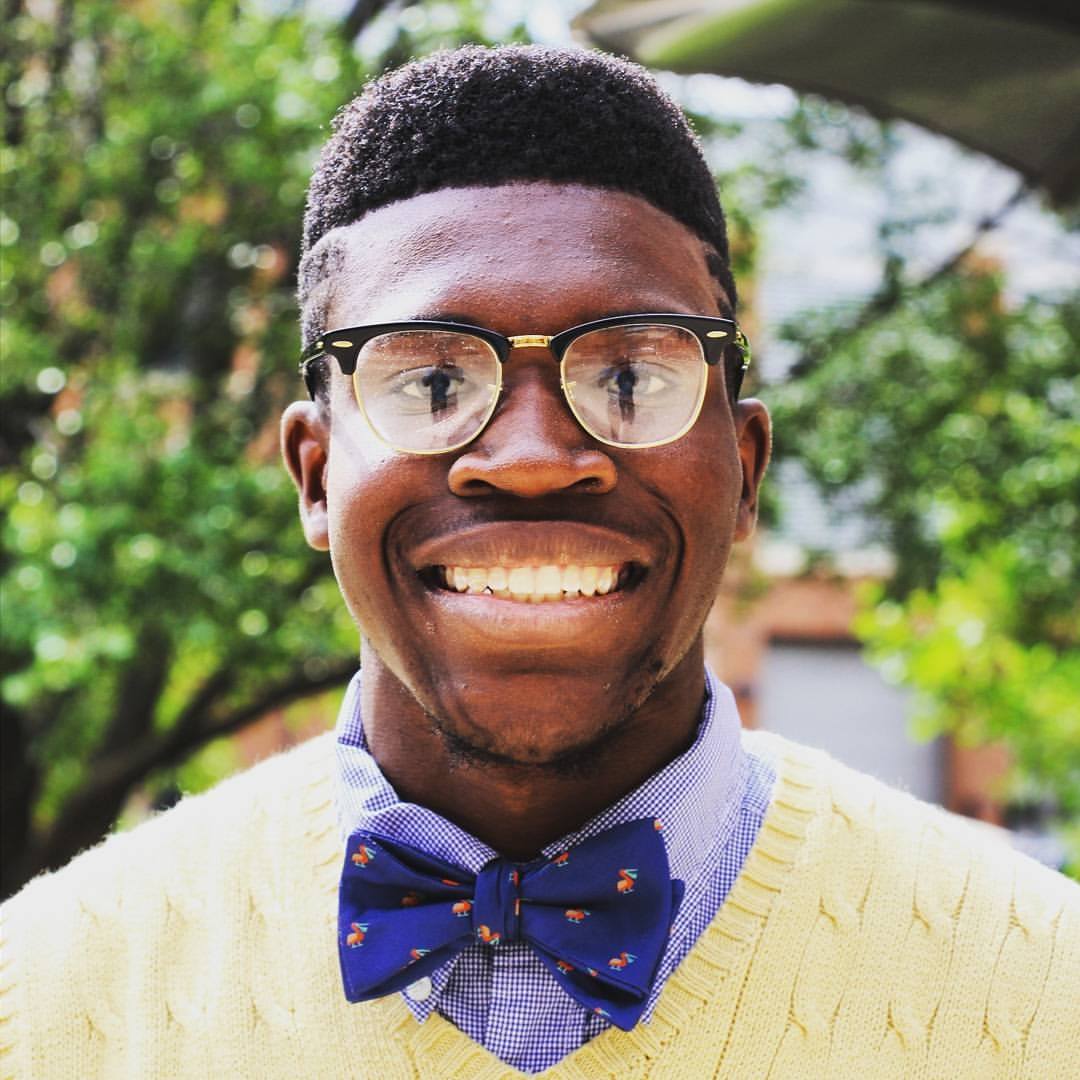 Jayson U. Toweh is running for the Board of Overseers to combat how climate change negatively impacts poor and marginalized groups.

“The climate crisis is global now, and it impacts all of us,” Toweh wrote in Harvard Forward’s January press release. “We face unprecedented heat waves; rising sea-levels, stronger hurricanes and more extreme flooding; and more intense wildfires, including those devastating Australia.”

“Many of them strike hardest at the poorest and most marginalized who have done the least to create the crisis, so it’s our duty to fight against this injustice,” he added.

In Toweh’s undergraduate and graduate careers at the University of Michigan and the Harvard School of Public Health, respectively, he engaged with climate-related issues such as environmental protection, sustainability, and renewable energy, according to his Linkedin profile.

In his daily job as a program analyst for the Environmental Protection Agency, Toweh evaluates the effectiveness of responses to water-related issues.

Throughout his career, Toweh approached these climate-related issues from several perspectives.

As an undergraduate in 2015, Toweh founded a student organization on “Sustainable Laundry Practices” that promoted energy-saving recommendations in student laundry rooms, chaired the sustainability commission for the school’s student government, and organized a climate march in Ann Arbor.

“We are calling on our leaders to facilitate a just transition to a hundred percent renewable energy by 2050,” Toweh said in a 2015 promotional video for the climate march.

After graduation, Toweh continued studying the environment and sustainability at the Harvard School of Public Health, where he was involved in clean energy organizations and campus sustainability groups.