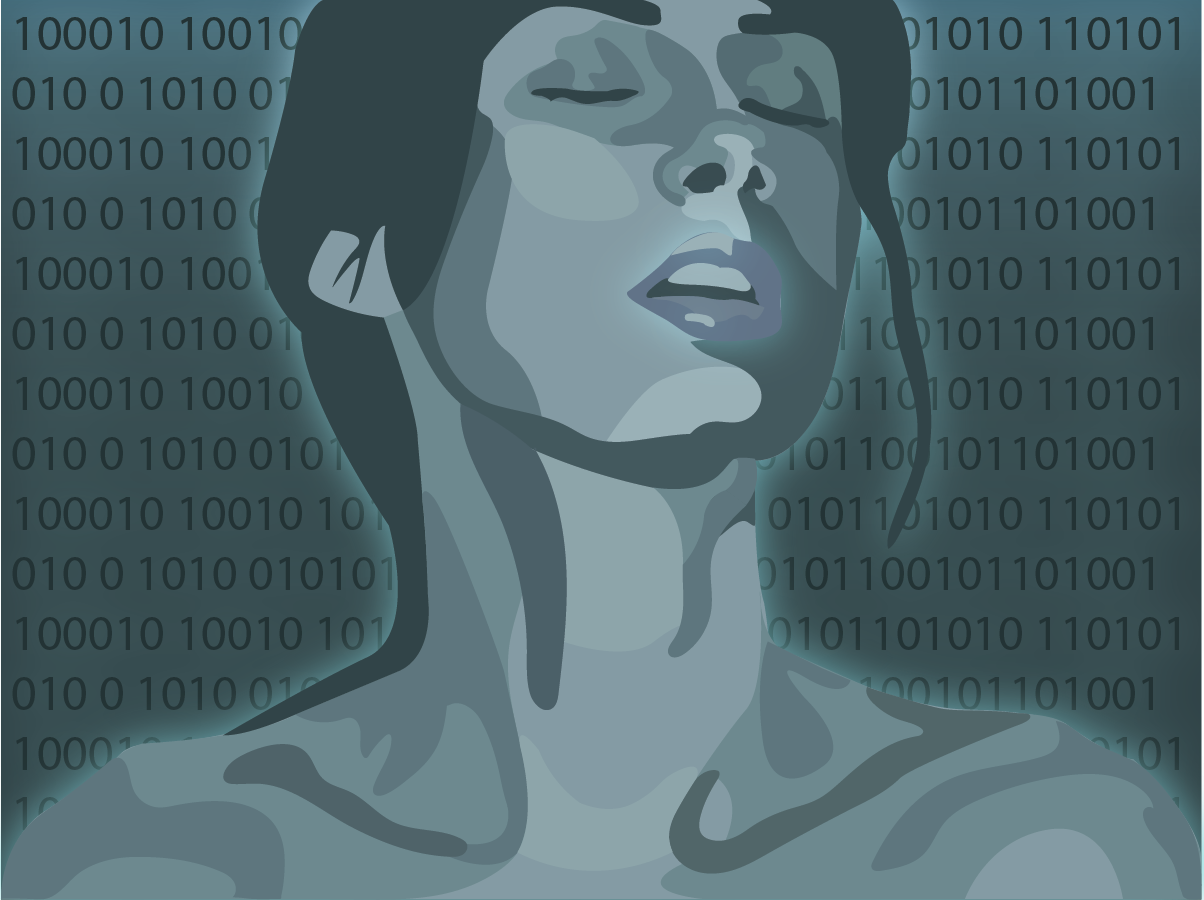 During her junior year of college, Caroline Spiegel sent an online gift to her sorority sisters. A few days later, after they’d had a chance to investigate, they reported back to her with exciting news. “Everyone was coming all the time,” she says, smiling. “It was great.”

Next thing she knew, she was dropping out of Stanford and scheduling meetings with potential investors.

The process of getting investors was strange, she says — most prospects said no, and many seemed uncomfortable even talking about sex. “The investment community has a long way to go in terms of sex tech,” Spiegel says.

That morning, we failed the Bechdel test in a way the test doesn’t really account for: The whole time, our conversations about men were just another way to figure ourselves out, a lens that made the world a little less chaotic.

Hundreds of thousands of people use the platform every month — 70 percent women, 30 person men, mostly in the 18 to 25 age range. Nonetheless, the company consists of only three people. Spiegel, the CEO and CTO, does most of the coding for the site and manages the company’s finances. Jackie Hanley, co-founder and fellow Stanford student, handles the day to day operations. Lucie Fleming, head of content, landed the best job of them all: Not only does she reach out to and communicate with audio porn creators, she also spends hours every day listening to narrated sexual fantasies and the percussion of kinky sex. Unfortunately, there are no internships available.

All of their work is informed by the explicit intention of running Quinn as a feminist platform.

“There’s something really empowering about not worrying about somebody else. In fact, having someone worried about you,” she says. “In that moment, that’s kind of what we try to do with Quinn — give you a moment where you’re the object of someone’s desire. You’re enough. Your butt’s perfect, you know? Everyone deserves to have that feeling.”

Harry, 26, is a prolific creator on Quinn. In May 2019, he stumbled upon an ad that read, “Sexy voices wanted: $10 per minute.” He was intrigued. After submitting a 30-second clip to Quinn, he heard back from Spiegel, who said she loved his voice.

We were somewhat relieved when Harry told us that he’d prefer a phone interview to a Zoom call. The possibility of seeing his face would feel like encroaching on something sacred, and we were glad to preserve the mystery that accompanies a disembodied British voice.

Now, he’s uploaded over 30 pieces of audio to the site, ranging from “Honeymoon” to “On All Fours.” The two most-liked clips on his page are “Daddy Gets Rough” and “Harry Eats You Out” — which suggest somewhat opposing ideas of women’s fantasies.

“I turn you around. You feel my firm cock poking from behind,” Harry says, punctuated by moans, in “Birthday Treat.” He continues, “I reach around your front, grabbing handfuls of your tits, lathering them up as water rains down on your bare chest.”

“I think I’ve done maybe one or two audios where the woman was the dominant one,” he says. “But in general, I take that sort of traditional, masculine role, where it’s like, I’m in control, that sort of thing. But I think a lot of women like that, you know?”

Even as the audio clips he creates reify traditional, heteronormative gender ideals, Harry has noticed a marked evolution in his own sex life since he started creating content for Quinn. He says the sex has become more feminist.

“I definitely get more out of centralizing the woman now,” he says. “Before I was probably quite a porn-conditioned kind of guy, where I was just all about focusing on my own getting off, basically. But now I definitely will take more pleasure in pleasuring the woman.” By “porn-conditioned,” he’s probably referring to how both the perspective and arc of mainstream heterosexual visual pornography follow the sexual pleasure of the man. The camera functions as a voyeuristic male gaze — almost always focusing on the woman, but for the presumptive male viewer — and the narrative culminates in the guy “blowing his load,” Harry notes.

Still, that story is worth interrogating. When it comes to sex, does the pure embodiment of desire outweigh its gendered implications? As in, is getting off to Harry’s “On All Fours” consistent with radical politics? As in, is the objective loss of power that accompanies slipping into a trope at a final club justified by the exercise of agency you tell yourself it is?

In our encounter with the charismatic acquaintance at the party, there was a drastically different — but probably more apparent — narrative playing out: We were two small women of color giggling about sex, excited that this tall white man was putting his arms around the both of us. The fact that we were power tripping had no bearing on what we were doing. We were aware of how this looked: The dynamics were exactly as they should’ve been. The internal work didn’t matter.

Throughout college, it’s been tempting to act as if the disquieting patterns in our lives are set in stone. But that mentality feels kind of lazy.

Because of Quinn, Harry’s experience of pleasure has shifted. Satisfying women’s pleasure amplifies his pleasure, and he describes his newfound mentality as more holistic and healthier than before. Maybe, in this different world, the embodied feeling of what we want and the understanding of what that means can actually align.

And yet, she’s still contending with whether feminism can be a referendum on what turns us on. After all, being aware of how patriarchal structures inform our desires doesn’t change the reality of desiring them. As far as Quinn is concerned, Spiegel says, “On a practical note, anyone can like whatever they want and I don’t really care.”

In almost every way, this is what we believe and how we live our lives. In conversations with friends, the wilder the hookup, the more exciting the debrief over Sunday brunch. But that doesn’t mean that we’re completely, or always, at ease.

This dissonance is as insidious as it is intoxicating. There’s a moment when you figure out that what you want, what sometimes feels empowering, lands you right back where you started — whether it’s a disembodied British voice or a handsome acquaintance.

“I went streaking with my friends, and we were just running naked. And then later that night, I was hooking up with this guy, and I was having the worst sex ever,” Spiegel says. “I was like, how can you be so liberated that you could streak naked through a campus, and then like, choose to be fucked terribly and not say anything about it? Like, what’s wrong with me?”

— Staff writer Elyse D. Pham can be reached at elyse.pham@thecrimson.com.