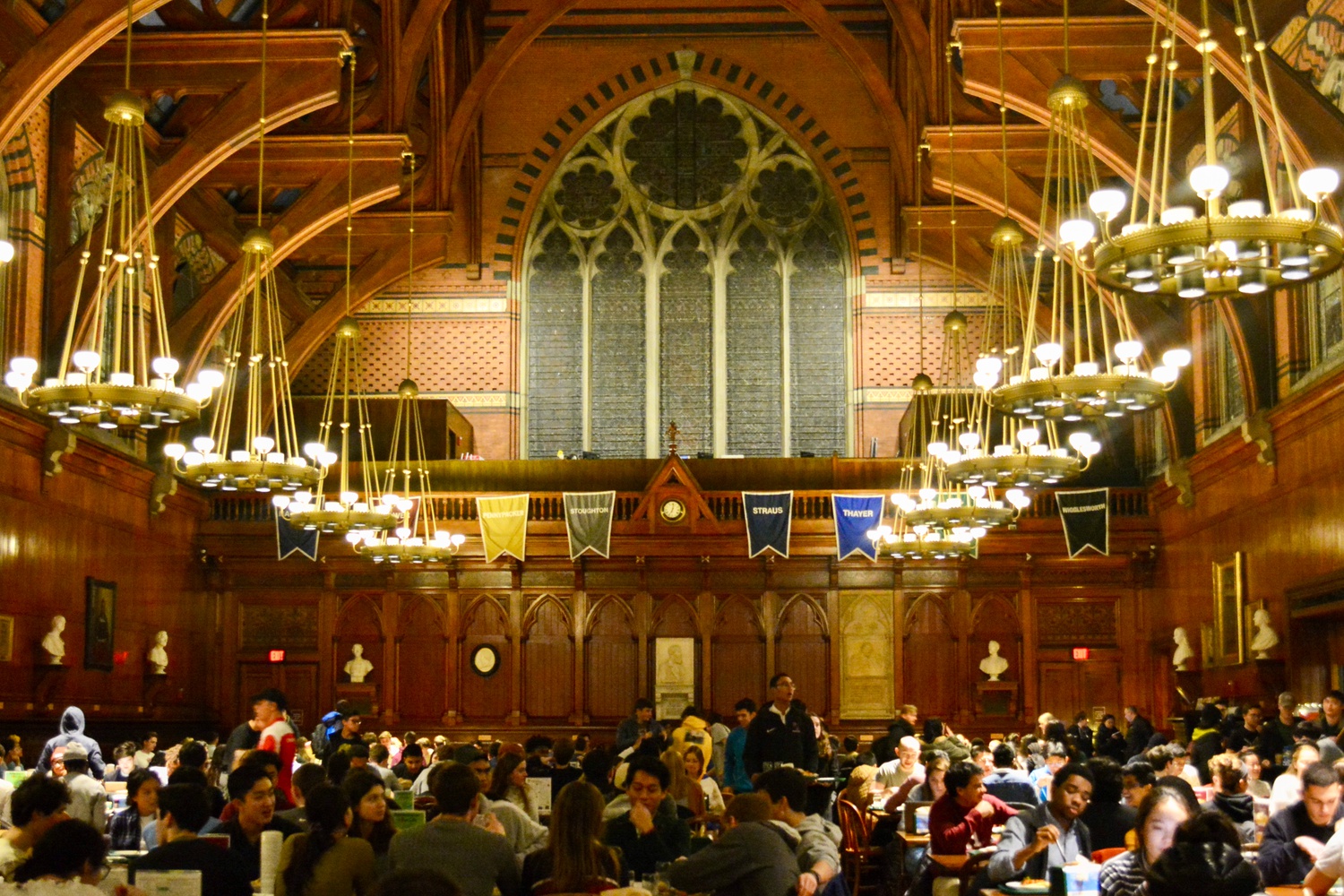 Some Harvard undergraduates with food allergies and intolerances said they struggle to navigate on-campus dining, citing issues with incomplete labeling and cross-contamination in the dining halls, as well as accommodation protocols they believe are inadequate.

Affected students added that they have faced health risks as a result of eating in the dining halls, despite progress they say Harvard has made.

Kayla M. Manning ’22, who has celiac disease, recalled becoming incapacitated at the beginning of her first year at the College because flour was not included on the ingredients list for the rice pilaf in Annenberg Hall, the freshman dining facility.

“That incident really scared me. And so it made me extra aware of all of the foods that I was putting in my body because, again, I hated my first few weeks at Harvard, to spend them sick like I did,” she said. “It's not just like my stomach hurts. It affects my whole body. It is an autoimmune disease.”

Alexa C. Jordan ’22, who is allergic to tree nuts, said ingesting nuts has regularly caused her to go into anaphylactic shock. Though she has not had a reaction in a Harvard University Dining Services dining hall, she said that incomplete or inadequate labeling — that which fails to bold or highlight common allergens — has resulted in several close calls.

HUDS Director for Strategic Initiatives and Communications Crista Martin wrote in an email that menu cards in Harvard dining halls only have partial ingredient lists due to space constraints.

However, students can find complete lists of ingredients and top allergens — in addition to gluten, pork, and alcohol — on the HUDS website, Crista added. HUDS also began listing top allergens and gluten on dining hall menu cards this semester.

Manning said cross-contamination in Harvard dining halls — particularly Annenberg — is a “nightmare” due to its self-service model. She gave the example of students serving themself green beans with a spoon and accidentally touching a piece of bread on their plate.

“Well, now I can't have the green beans, but there’s no way for me to watch every single person and see where the stuff goes,” she said.

Martin wrote that preventing cross-contamination entirely is impossible, but that HUDS staff members are trained on food allergies and gluten-free diets on an “ongoing basis.” Basic practices to avoid cross-contamination include regularly changing gloves and cutting surfaces. HUDS also staffs heavily trafficked areas like salad bars and entrée stations during peak meal times to monitor the cleanliness and safety of dishes and to swap utensils as needed, Martin wrote.

In order to avail themselves of individualized meal plans, students with dietary restrictions can register for accommodations directly with Harvard’s Accessible Education Office.

During preliminary meetings, the AEO and HUDS walk students through platforms for accessing ingredient information and other resources — including a daily email ordering system for meals — College spokesperson Rachael Dane wrote. The office helps students create individualized plans that allow them to safely and comfortably dine.

However, some students said they feel individualization comes with drawbacks. Olivia S. Graham ’21, who also has celiac disease, said it forces students with restrictions to “reinvent the wheel.”

“You essentially start from square zero,” Graham said. “It makes your world feel a little more narrow because you have no idea what’s been done previously or if maybe they’ve accommodated students like you in the past.”

Some students said that, despite measures HUDS and the AEO take to provide special accommodations, they have considered trying to go off the meal plan altogether.

Graham said that for students in her situation, eating in Harvard’s dining halls can be a daily struggle.

“I heard from students who were basically so distraught that they were desperately seeking for ways to get off the meal plan, students who had decided that the safest way for them to exist on campus is to eat hard-boiled eggs and bananas for every meal, students who were taking time off because they've been exposed to their allergen so many times,” she said.

“I feel like the safest option for anyone who has a severe food allergy is to just prepare your own food, but here that's not really feasible,” Manning said.

Martin wrote that HUDS will only consider a waiver of students’ meal plans after they exhaust all “reasonable efforts” to accommodate dietary restrictions for those undergraduates.

“Dining is a central component of College undergraduate life,” she wrote.

Despite some persistent challenges, several students with allergies said the AEO has improved over their time at the College.

Manning said her experience with the AEO and dining has improved as a sophomore. She now has access to a nutritionist and dietician, as well as a gluten-free toaster, microwave, and fridge in Adams House stocked with speciality items.

She added that her dining staff is transitioning to gluten-free soy sauce so that she can partake in Asian dishes.

Jordan said that her current AEO accommodation allows her to request speciality products and items for personal use. She added that she thinks proper accommodations are important because of the role dining plays in students’ lives.

“I think dining is so essential,” Jordan said. "If you do it three times a day and if you can't feel safe and comfortable, it really is going to be detrimental to your student life here and your level of happiness on campus.”