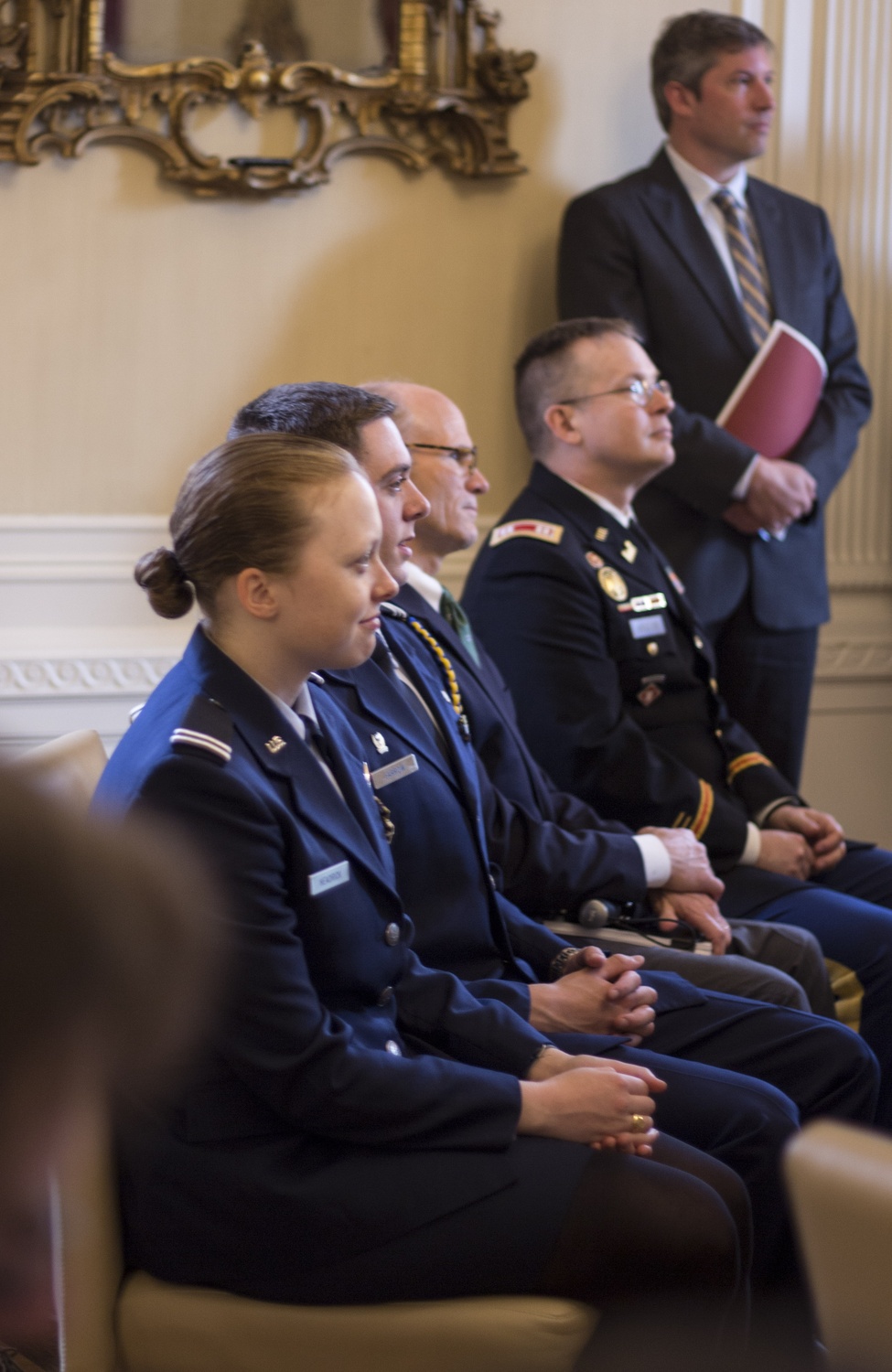 Rodgers will be the first to hold the newly created position and will act as a liaison to Army, Navy, and Air Force ROTC students and others interested in serving in the military, according to Brandt.

“Craig will play a critical role in working with our ROTC cadets and midshipmen, veterans, and other students at the College who are interested in military service,” she wrote.

Prior to his appointment as Program Manager for Military Student Services, Rodgers worked as a counselor at the Bureau of Study Counsel for nearly two decades.

In June 2019, the College announced it would shutter the BSC in December of that year — a move that concerned some students. The Academic Resource Center, a new academic support center, opened last August.

Rodgers enlisted in the United States Army Reserve while an undergraduate at MIT and remained an active reservist for the next ten years, according to Brandt’s email. He also participated in MIT’s Army ROTC program and received an officer’s commission upon graduation.

Harvard and ROTC have had a historically fraught relationship, holding each other at arm's length for nearly 40 years.

At the height of the Vietnam War, protests over ROTC’s involvement in the war erupted on Harvard’s campus; in 1969, the Faculty of Arts and Sciences voted to demote ROTC to an extracurricular status.

In 1995, the University officially cut ties with the organization over its policy of excluding gay and lesbian members. Following the repeal of the U.S. military’s “Don’t Ask Don’t Tell” policy on service by gay, lesbian, and bisexual people, Navy and Army ROTC returned to campus in 2011 and 2012, respectively.

In addition to his work at the BSC, Rodgers founded and led Athletic, Academic, and Personal Excellence, a program that provided varsity student-athletes with access to academic, personal, vocational, and sports counseling.

Brandt added that Rodgers’s experience both in military programs and at the University will make him a valuable resource to students.

“While this position is new, Craig certainly is not new to ROTC or to Harvard,” Brandt wrote. “Craig comes to this role with a wealth of experience.”