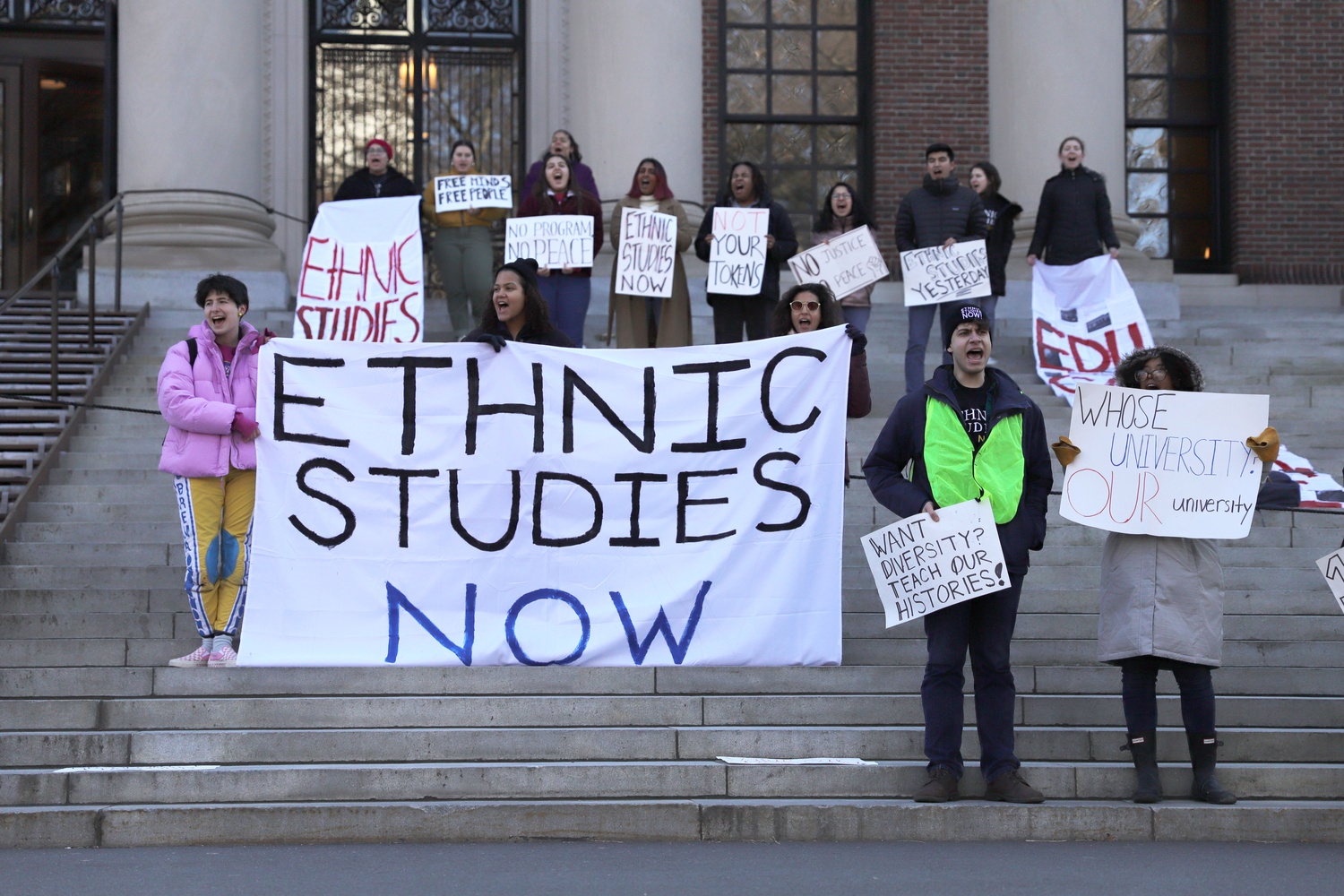 Dropping banners during events and marching through Harvard Yard, multiple student activist organizations held demonstrations throughout Junior Family Weekend, advocating for causes from a contract for Harvard’s graduate student union to the establishment of a formalized ethnic studies program.

Protestors stood in front of the stage and hoisted banners that read “Justice for Palestine,” “Contract Now,” and “Ethnic Studies Now” as Bacow spoke. Students in the balconies draped additional banners, including one that read, “Nobody Wins When Harvard Invests in Climate Injustice, Prisons, Stolen Land, PR Debt.”

At the end of his five-minute speech, as Bacow thanked parents, the students began chanting, “Bacow, Bacow, you can’t hide. We’ve got history on our side.” They chanted for about three minutes before walking out of the auditorium to shouts of, “We’ll be back, we’ll be back!”

University spokesperson Jason A. Newton wrote in an emailed statement that Bacow was “pleased” to be able to speak to families.

“President Bacow was pleased to have the opportunity to speak with parents during their visit to Harvard,” Newton.

Larry D. Kruguer – a parent who attended the remarks — said he was “not 100 percent sure” that he felt the speech was an appropriate venue for the protest.

“As it became more prolonged, I think to some degree it may have had a reverse effect, in the sense that it may have been a little bit overkill to some people in the audience not knowing what it was all about,” Kruguer said. “It could be looked upon as not appropriate of the occasion, versus doing it as people are walking out, or providing the opportunity for more one-on-one discussion.”

Still, Kruguer said he understood why students wanted to protest. He added that he saw student activists at other events during Junior Families Weekend.

“It was a little surprising, but I get it, they’re obviously trying to get maximum exposure and try to create awareness for their cause,” he said.

On Sunday, Fossil Fuel Divest Harvard also held an “oil spill” demonstration in the Smith Campus Center, per a post the group made to its Facebook. In the post, the group encouraged parents to send letters to President Bacow about divestment.

“While Harvard showed parents how it's educating their children to be the world's next citizen leaders, we made sure to talk with parents highlight the unethical investments in the fossil fuel industry that make Harvard anything but a leader on the climate crisis,” the post reads.