Students Note a Cacophony of Mixed Opinions on Lowell Bells 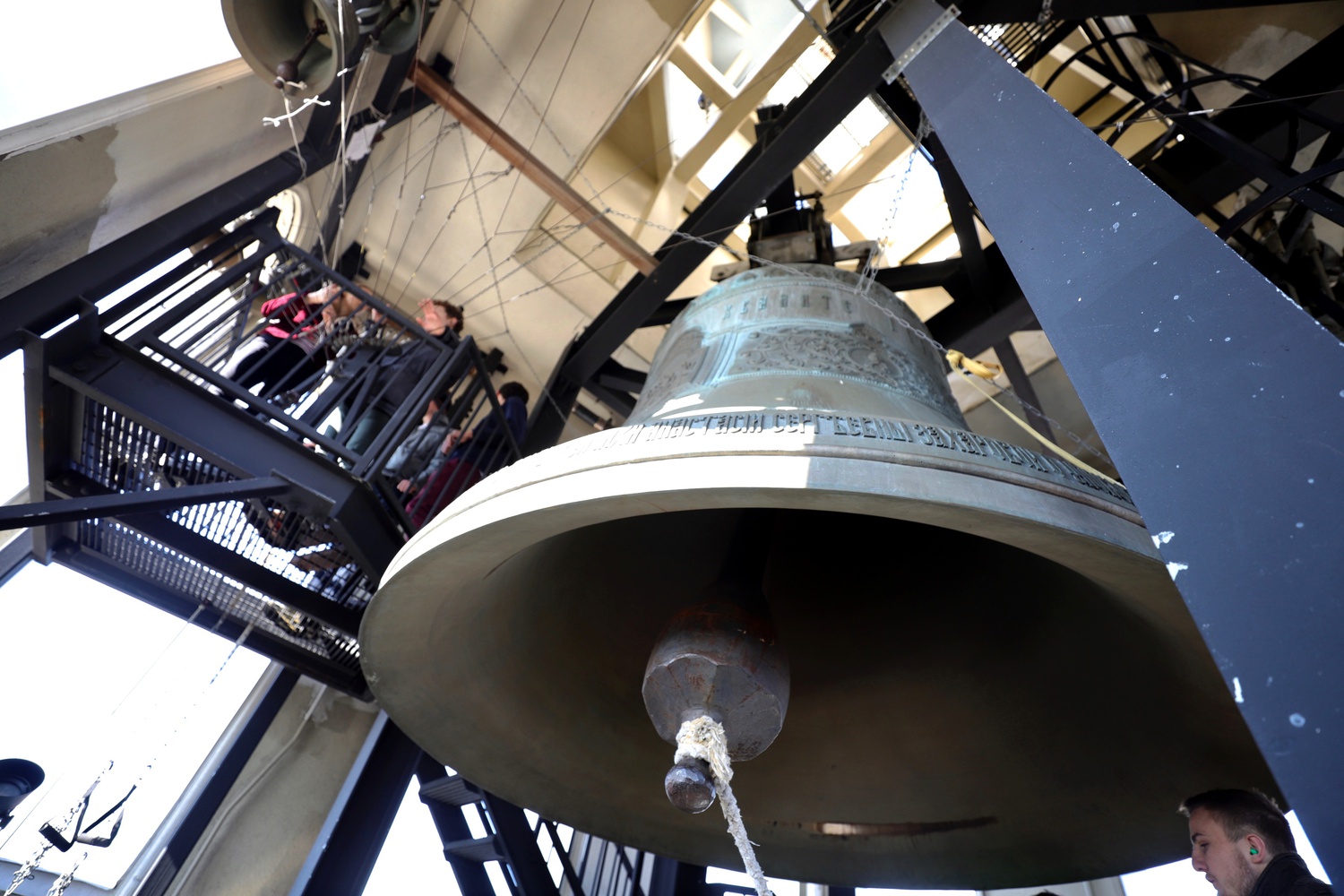 Some students have complained about the noise from Lowell House's regular bell ringing, which promoted discussion from some Lowell affiliates. By Kathryn S. Kuhar
By Declan J. Knieriem, Crimson Staff Writer

When Lowell House reopened in fall 2019 — after two years of renovations — the sounds of construction in River Central gave way to the peals of bells.

The bells are rung by the Lowell House Society of Russian Bell Ringers, an organization of “earplug-wearing and weather-braving” undergraduate bell ringers — and are officially known as “Klappermeisters,” according to the Lowell House website.

The bells sound every Sunday at 1 p.m., in addition to other special events, such as an annual performance of Tchaikovsky’s “1812 Overture” or other “important House or University occasions.”

Still, despite their musical charms, some undergraduates reported mixed feelings about the bells.

Some students said the bells can be distracting or disturbing during hours when they are studying or napping in their rooms. Leverett resident Lana M. Gorlinski ’20 said she thinks the bells are “obnoxious” and can be disruptive to her day.

“I think there's definitely a trade off between tradition and preserving it, and convenience of the students that have to listen to that tradition, which frankly, sounds awful to anybody that's not actively ringing the bell,” she said. “Whenever I walk by, when they're ringing, I get irrationally angry.”

Numerous posts on Harvard Confessions — a Facebook page which allows students to anonymously opine on their personal lives or Harvard related subjects — have also referenced the Lowell bells negatively.

The Lowell House Society of Russian Bell Ringers declined to comment for this article.

Several students, however, have come to the defense of the bells. Aidan B. Carey ’21 — a former Crimson news editor and Lowell resident — acknowledged that he understands why people find the bells “annoying.” He also said he believes the dislike among residents of other nearby Houses stems from a lack of knowledge of the bells’ history.

“If you're in Lowell, you can complain about the noise but at least you can appreciate the history associated with the house,” he said. “Yeah, I'll admit that it's annoying, but I think the historical elements outweigh the annoyance of having to listen to it.”

According to the Lowell website, bells of this nature held a “religious and civic significance” in Russian history. Lowell House originally held a set of bells from the Danilovsky Monastery — installed in the 1930s — that escaped the Stalininst policy of removing and melting church and monastery bells during the 1920s. In 2008, this set was removed and returned to Danilovsky and replaced by a new set of bells.

Kevin T. Stephen ’20, another Lowell resident, said he believes bellringing is an “important method” for preserving the culture associated with the bells, and added he thinks the Society of Russian Bell Ringers does an “excellent job” in this regard. He also said “jealousy” and “ignorance” of the bells’ history are the reasons behind students’ dislike.