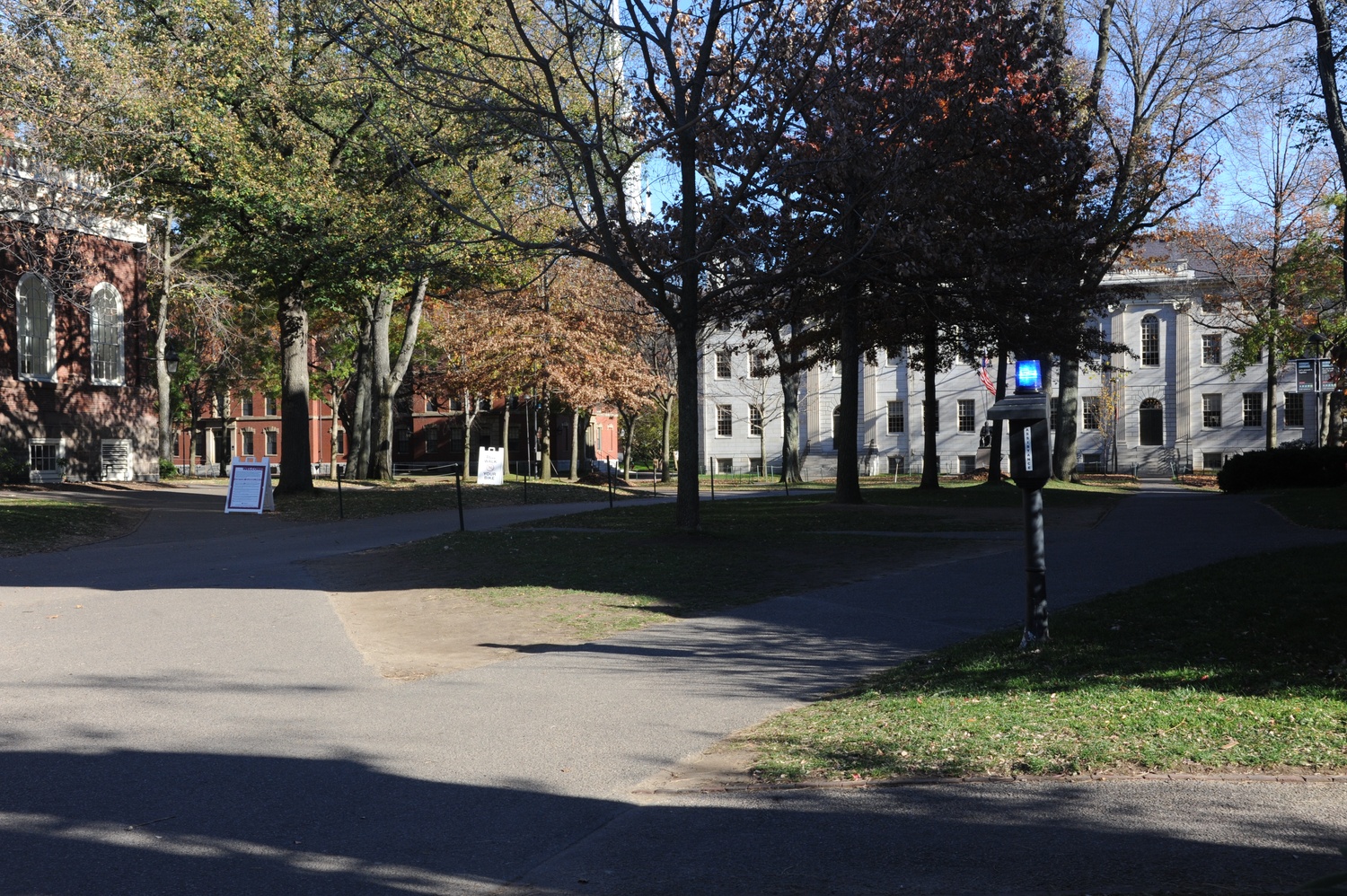 Harvard undergraduates responded to grading changes at the College with elation, relief, and fury at the change. By Matthew W DeShaw
By Amanda Y. Su, Crimson Staff Writer

Almost as soon as Harvard College announced Friday that it would adopt a universal satisfactory-unsatisfactory grading system this semester, undergraduates variously responded with elation, relief, and fury at the change.

The new grading system mandates that all undergraduates receive grades of either “Emergency Satisfactory” or “Emergency Unsatisfactory” in their spring classes, according to emails sent Friday by Dean of the Faculty of Arts and Sciences Claudine Gay and Dean of Undergraduate Education Amanda J. Claybaugh. Faculty may supplement this terminology with a “qualitative assessment of student learning” in my.harvard.

The decision follows two weeks of heated debate among undergraduates about how the College should adjust its grading policies to accommodate students negatively impacted by the coronavirus pandemic.

A satisfactory grade is the equivalent of a C-minus letter grade or higher and does not factor into students’ grade point average, per FAS policies. An unsatisfactory grade, however, is considered a failing grade and is folded into GPA calculations.

Nearly a dozen undergraduates interviewed by The Crimson about the new grading policy expressed wide-ranging reactions to the College’s decision. They each cited different personal circumstances and opinions about what Harvard should prioritize more broadly as it seeks to adapt grading policies to a semester unlike any other.

Benjamin I. Sorkin ’20 said he was “heartened” to hear about Harvard’s decision to implement a universal satisfactory-unsatisfactory grading system, which he said would address student concerns about educational equity.

Sorkin said he believes the policy would help equalize disparities between more privileged students able to obtain high letter grades while studying far from campus and students who cannot due to certain disadvantages. He cited a number of obstacles the latter group might face: a lack of internet access, different time zones, additional family responsibilities, health concerns, and lost income from campus employment.

“A universal SAT-UNSAT policy ensures that students who need accommodations are not disadvantaged compared to students who are capable of getting a letter grade and doing well in a letter grade course,” Sorkin said. “It removes the stigma of taking a SAT-UNSAT class if everyone is doing SAT-UNSAT.”

However, some students said they believe the new grading system unfairly discounts students who have already put significant effort into earning a high letter grade this semester. They also argued the system especially harms two groups at opposing stages of their college careers — first generation, low-income freshmen who had a difficult transition into college and seniors seeking postgraduate opportunities.

Sierra M. Moore ’20 said she signed the first petition because some students like herself require letter grades to reach a certain GPA threshold for graduate school applications. Moore said she believes students should have the option to opt-out of the satisfactory-unsatisfactory grading system.

“I think that giving students the freedom to decide what's best for them in their academic plan is the right move for the College to make,” she said. “I think just having this system forced upon us has been unfair.”

Gay wrote in an email to faculty Friday morning that administrators believe a universal grading system is necessary because graduate and fellowship programs have indicated that they would only accept non-letter grades if such grades were instituted for all students.

“For more than 90 percent of our students, the impact on overall GPA would be less than 0.10 points. Grades of SEM and UEM will factor into GPA just as the standard SAT (satisfactory) and UNS (unsatisfactory) grades do,” she wrote. “That is, SEM will not factor into GPA, but UEM will.”

Other students said they oppose the new satisfactory-unsatisfactory grading system because they argue it insufficiently addresses concerns about how inconsistencies in grading by different professors would underscore differences in students’ resources and living situations.

Undergraduate Council representative Alexa C. Jordan ’22 proposed an act for the council to endorse a universal pass system during a Wednesday meeting. The piece of legislation ultimately passed.

“Many parts of students’ lives have been put in complete jeopardy, and a SAT-UNSAT system still creates a hierarchy that I think in these times simply should not exist,” Jordan said. “Students should not be failing in a national emergency.”

Samyra C. Miller ’21 defended the new grading system, citing her belief that a universal pass grading model could lead to larger-scale educational inequity between universities. She argued allowing all Harvard students to universally pass their courses would offer them an unfair advantage over students of other universities that did not implement such a policy.

“If someone really cares about educational equity, that should also extend outside the realm of Harvard, considering that all these other universities had already announced their policies and none of them had done universal pass,” Miller said.

As disputes about the new grading system have flared up across Harvard email lists and group chats, Abigail R. Lockhart-Calpito ’23 said she appreciated Harvard’s acknowledgment of the unprecedented circumstances students are facing and encouraged compassion among College students.

“If we're at Harvard and we're learning to be student leaders and student advocates, we need to be compassionate to those who are vulnerable right now,” Lockhart-Calpito said. “We need to realize that our peers are vulnerable and that it's not always all about our own GPAs.”