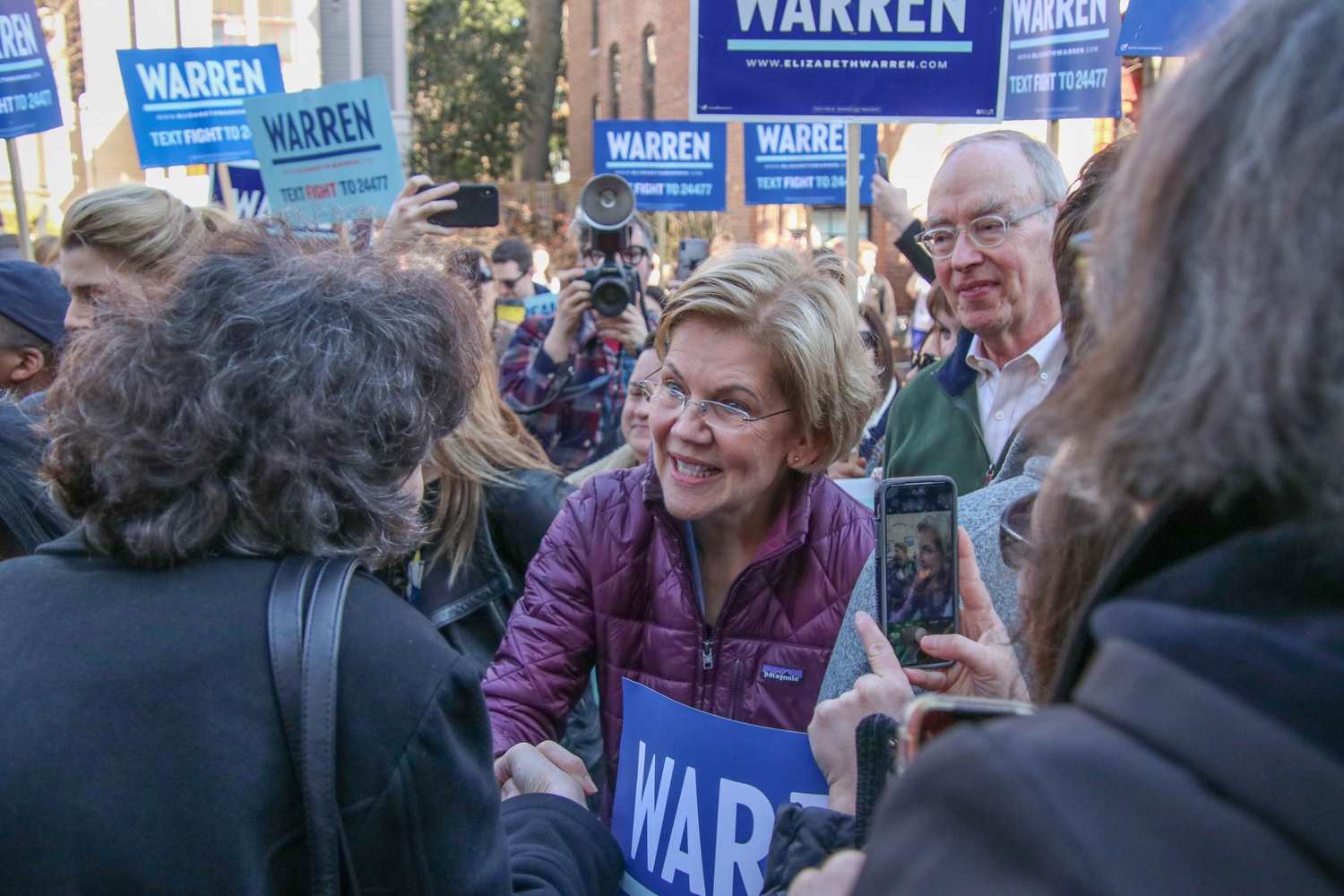 Hundreds of supporters lined the streets outside of U.S. Senator Elizabeth Warren’s (D-Mass.) house in Cambridge Tuesday morning to greet her as she walked to her polling location at the Graham and Parks School.

Warren — a former Harvard Law School professor — hugged and took selfies with supporters as her onlookers chanted “I believe that she can win” while she inched her way down the street with her husband, Law School Professor Bruce H. Mann.

Asked by a reporter after her speech whether she was worried about Sanders winning her home state, Warren said she is unfazed by her competition, instead turning toward her time teaching at the Law School.

“I’m not worried,” she said. “I am happy to be part of this democratic process. You know, ten years ago, I was walking here to vote — I was a teacher. I was not any part of this electoral process, other than as a voter.”

Dozens of Harvard students attended Tuesday’s event to rally for Warren. Justin Y. Tseng ’22 said he is “realistic” about Warren’s standing in the race, but added he is still excited about her candidacy.

“She’s the candidate who I trust the most in the White House,” Tseng said.

Attendee Peter L. Laskin ’23 said he was also skeptical of Warren’s ability to make a serious run at the Democratic nomination, but said he preferred her to the other candidates nevertheless.

“Do I think she will be the nominee? Probably not, but I like her better than any of the others,” he said. 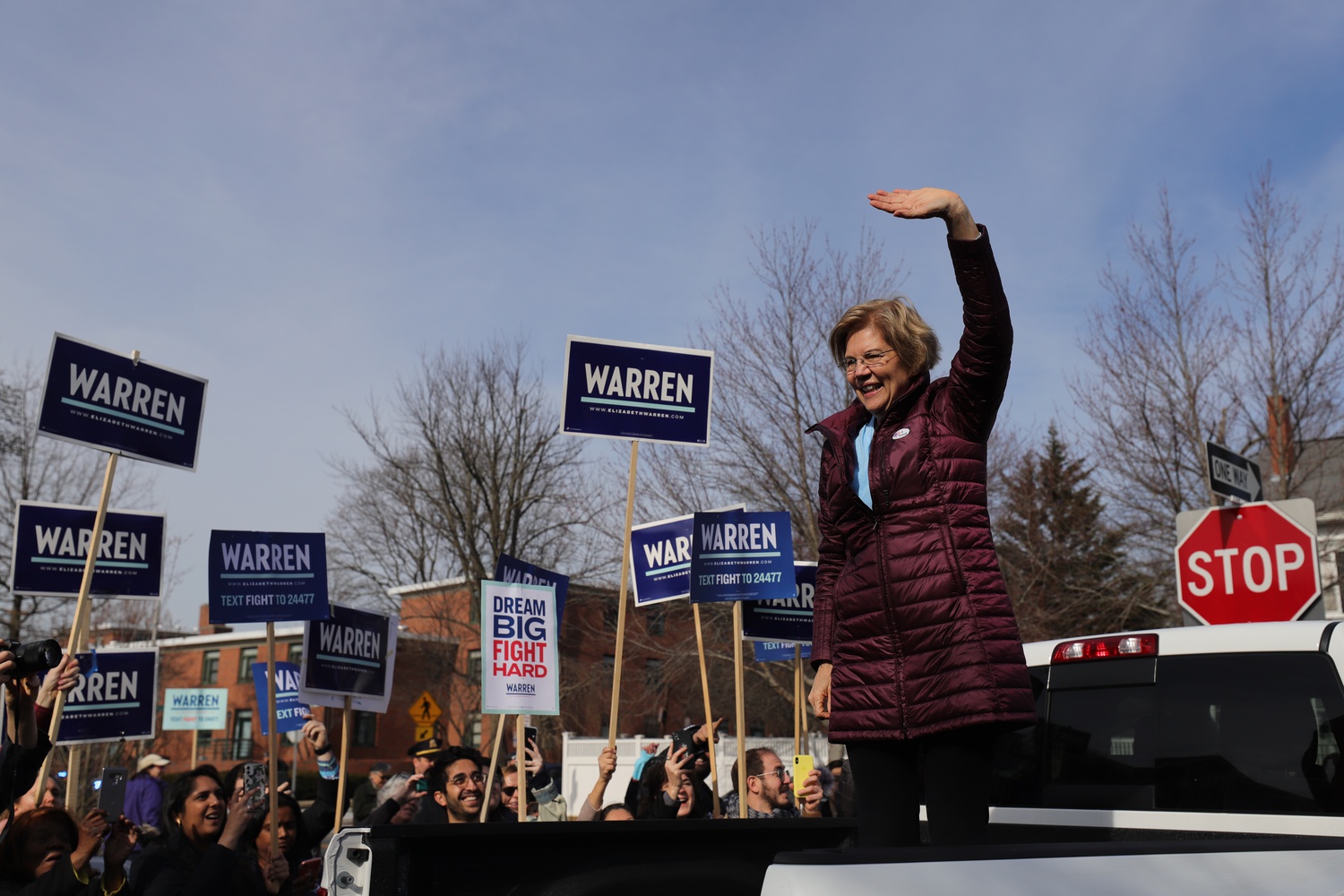 “I think that that’s what their politics were all along,” Warren said of the endorsements. “I don’t think there’s anything surprising here, but I do believe the Democratic Party is a progressive party.”

Sarah Katz, a Boston resident who volunteered for Warren’s campaign in Massachusetts and New Hampshire, said it was “insane” to meet her for the first time on Tuesday.

“It was incredible,” she said. “She’s making time for all of us, even though she’s clearly very tired.”

Mann — Warren’s husband of 38 years who walked to vote with her Tuesday alongside their dog, Bailey — said the turnout for Tuesday’s event was “very humbling.”

“We’ve been married a long time and it’s always been an adventure,” he said. “The adventures just keep getting bigger and better.”