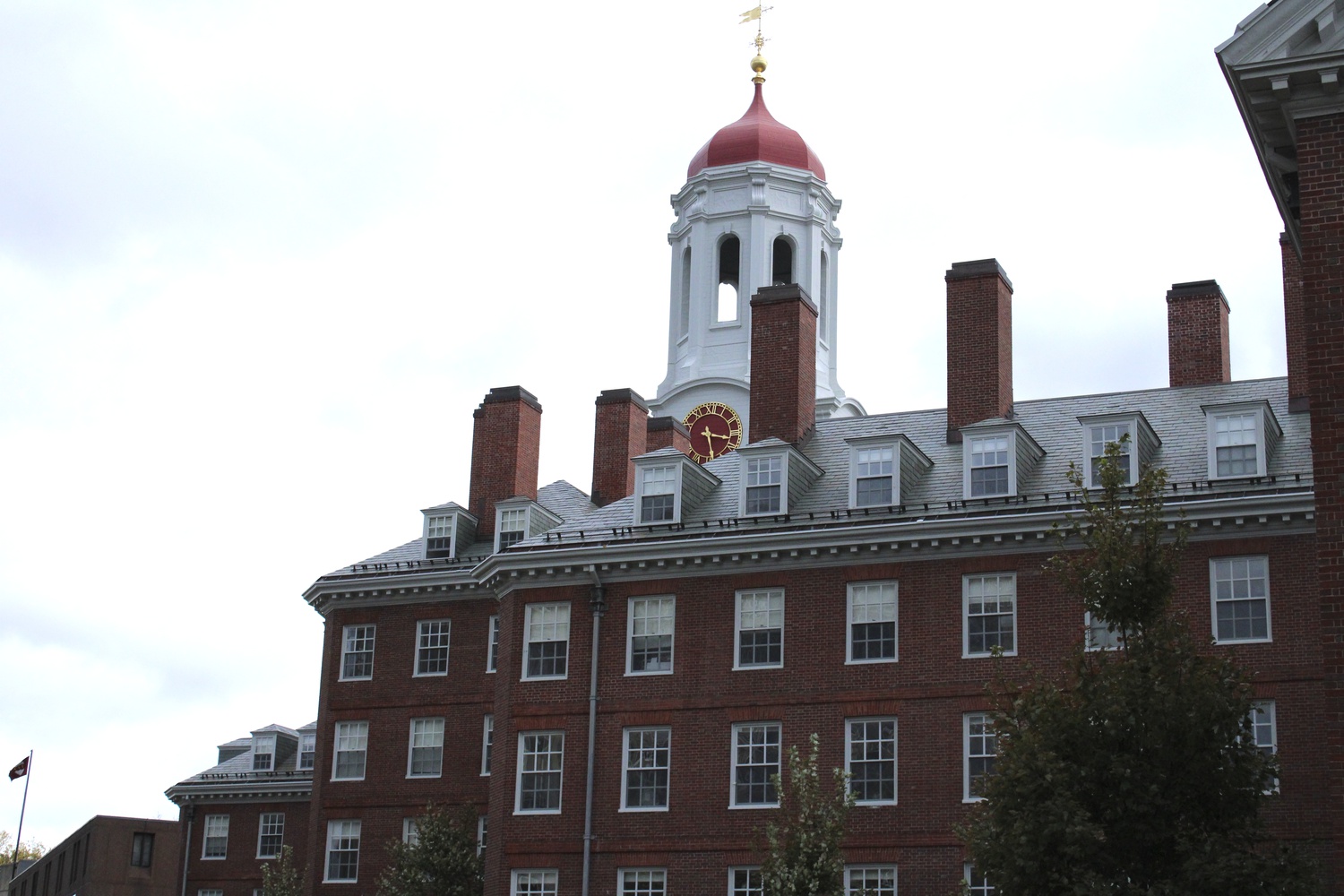 Adorned in festive shirts and boasting House-themed Zoom backgrounds, hundreds of upperclassmen crowded into one of twelve virtual sessions to welcome members of the Class of 2023 to their newly assigned dorms Friday. By Sydney R. Mason
By Sydnie M. Cobb and Declan J. Knieriem, Crimson Staff Writers

Adorned in festive shirts and boasting House-themed Zoom backgrounds, hundreds of upperclassmen crowded into one of twelve virtual sessions to welcome members of the Class of 2023 to their newly assigned dorms Friday.

In the absence of a physical Housing Day — a spirited annual tradition during which upperclassmen “dorm-storm” freshman rooms to inform them of their housing placement for the next three years — this year’s freshmen logged onto Zoom this morning to receive the news.

The virtual Housing Day comes just one month after Faculty of Arts and Sciences Registrar Michael P. Burke announced the event would be postponed indefinitely due to the ongoing spread of the coronavirus — a decision that sparked widespread disappointment among the freshman class. Last Friday, the Dean of Students Office notified freshmen about the new date and procedure.

Virtual Housing Day joins a slew of other College operations — including classes, extracurriculars, and administrative offices — that have turned to the video-conferencing platform Zoom to continue their functions.

Spearheaded by the DSO — which oversaw most of the logistical coordination — faculty deans and house committees say they worked to produce a virtual Housing Day that matched the excitement of the in-person tradition.

“I think there was a similar level of enthusiasm coming from the House,” Zhou said. “The House spirit was still the same in how we communicated it with the first-years.”

Brian Ma ’23 said he enjoyed the anticipation leading up to learning of his and his blockmates’ housing assignment.

According to Ma, he was “positive” that he and his blockmates were going to get a River House until they entered the Zoom waiting room.

“When I hopped onto the waiting room for the Zoom call, it said Housing Day 9,” Ma said. “That number, for some reason, gave me Quad vibes and made me a little bit anxious.”

Ma added he was “pretty satisfied” when he learned that he and his blockmates were sorted into Leverett House, a top three choice on his personal housing ranking.

Meiyi Yan ’23, who was sorted into Quincy House, said she thinks faculty deans and house committees did a great job at building excitement for Housing Day among freshmen.

“Given the circumstances, they did a pretty good job. There was definitely some anticipation building up,” Yan said. “I liked virtual Housing Day because you could see all the participants and everyone else who was in the House.”

Jenny J. Yoon ’23 said she first realized she was placed in Leverett when she recognized the House’s Housing Day song — a parody of “Bad Guy” by Billie Eilish — playing in the background of the Zoom call. She added that though she was disappointed by the changes to this year’s event, she is still looking forward to her upperclassmen years on the river.

“It’s sad because all the upperclassmen I know always say that Housing Day is once in a college kind of event, but I'm trying to look on the bright side,” she said. “When I'm an upperclassman, I get to still participate in Housing Day. I'll be on the other side, but it'll still be fun, and I have three years to do that. So it'll be good.”