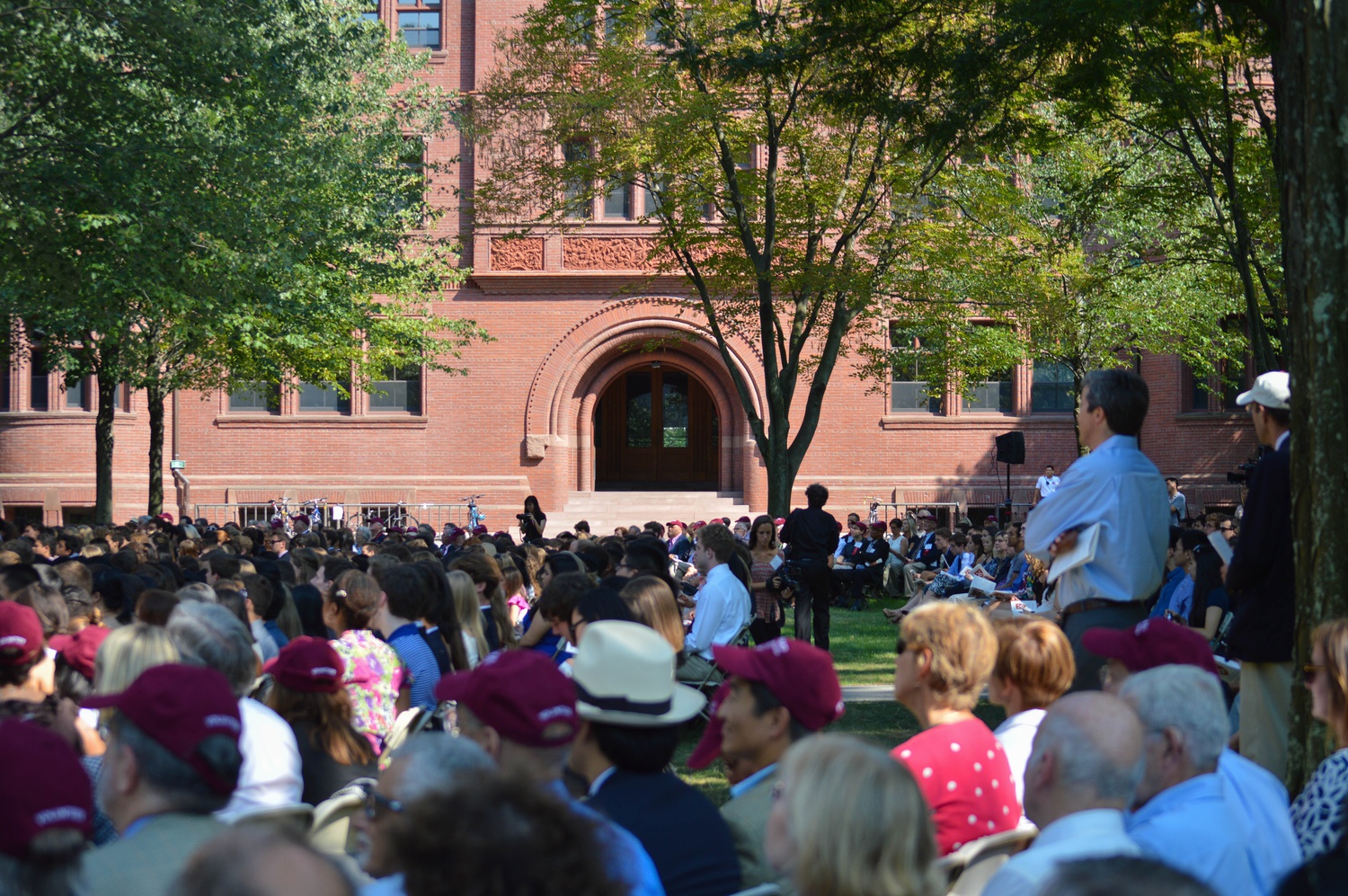 Prospective College freshmen often have to weigh a long list of concerns when deciding where to matriculate — location, academics, housing, social scene. Entrants to the Class of 2024 have one more: how their school of choice will handle the coronavirus pandemic.

Admitted students have until May 1 to make a college decision. No Ivy League school has made the decision to postpone its reply deadline, as some U.S. colleges and universities have.

“I think I'm going to feel happier at a place that's closer to home. There's like a peace of mind that I'm not too far,” Levya said. “My decision is influenced a lot by my family, just because my mom is just really fearful of me going far away.”

Admitted student Penelope M. Alegria, who lives in Skokie, Ill., said she felt the financial stability a school offered was more important than the distance from home, especially during a time of uncertainty.

“Having that financial support made me feel really good about these next years. Even if my family income does go down, me being able to go to college,” Alegria said. “I was asking low-income students about their experiences at Harvard and how it was when they were forced to leave to go off campus with shipping their stuff back home, having their flights paid for — and kids who couldn't go home for whatever reason, the university taking care of them and giving them a place to stay.”

“Whenever there is a crisis, [Harvard’s] administration wouldn't just put kids on the back burner,” Alegria said.

Prospective freshman and Bangkok, Thailand resident Fresh Pisuttisarun said he had always considered going to college abroad, and that the pandemic did not change his decision. In fact, as an international student, Pisuttisarun said he appreciated Harvard’s now-online welcome events.

“Although it's devastating that they've been moved online, I think in some ways it's good for international students too, as they can access lots of different admitted events, and that would be financially and just practically feasible,” he said.

Patrick J. Kim, an admitted student from Los Angeles, Calif., said he is leaning toward attending Yale over Harvard, adding that his experience with Harvard’s Virtual Visitas and Yale’s virtual Bulldog Days played a significant role in his perspective of the two schools.

Several students said they continue to weigh normal considerations, like whether Harvard is the best school for their intended path of study, as they decide where to commit. Still, several prospective freshmen said they followed schools’ responses to the pandemic in the weeks before the reply deadline.

Kim said that, though schools’ responses to the coronavirus pandemic have not significantly changed his perspective, he did pay attention to how they handled grading system changes.

“Both schools had pushes for ‘Universal Pass,’ so I've been tuning into that a little bit,” said Kim. “Just seeing how they were being dealt with at those schools gave a little bit more perspective.”

Boston, Mass. resident Gianfranco L. Yee said he valued other admitted students’ response to the coronavirus pandemic, citing an open letter other members of the Class of 2024 sent to University President Lawrence S. Bacow urging Harvard to postpone the fall semester rather than continue with online school.

“I feel like it's brought out some of the best in my own fellow class. In a matter of days they drafted a letter together to send to the president of Harvard, urging him to delay the first semester rather than do all online classes,” Yee said. “I've tried to spark a conversation in my other group chats in the other schools I was really strongly considering, and it just hasn't gained as much momentum as it has in the Harvard group chat.”

University Provost Alan M. Garber ’76 wrote in an email Monday that Harvard will hold classes this fall, whether online or in-person. The announcement sparked speculation among admitted students about what their first semester might look like if they commit to Harvard before Friday. Despite the uncertainty, Levya, Alegria, Pisuttisarun, and Yee all said they would not consider a gap year, though they preferred not to have online classes.

At least one student said the possibility of a virtual entrance to college might spur him to take a gap year. David Li, a prospective freshman from McAllen, Texas, who has yet to commit to a school, said he is considering a last-minute delay but is uncertain of what he might do while taking time off.

“It's been kind of looming over in my mind, and I'm not sure yet,” Li said. “Things like this will always happen, and sometimes, difficulties make for great opportunities. Taking a gap year is always an option, but I don't know if that will be specifically what I will do.”