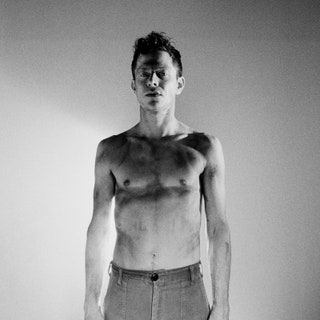 Love can hurt. And, as anyone practicing social distancing has surely realized by now, so can solitude. Combine the two and you get a doubly painful puzzle: the irony of finding isolation in something meant to be shared.

Leave it to Perfume Genius, the stage name of Seattle-based singer-songwriter Mike Hadreas, to artfully deconstruct these contradictions. His latest studio album, “Set My Heart on Fire Immediately,” explores the intersection of love and loneliness with fitting sonic unpredictability.

“Whole Life,” the album’s wistful opener, begins with a jarring admission: “Half of my whole life is gone.” As Hadreas watches time “drift and wash away,” he approaches the inevitability of loss with acceptance, not melancholy. “It was just a dream I had,” he continues, repeating the phrase as if to prove it to himself. But his trembling voice, though anchored by an inner resonance, makes him seem less than convinced. After all, he still harbors the memory of a lover’s departure, which he compares to a “clip on my wing.” But Hadreas is willing to let forgiveness replace his pain. “Oh, let it soften / I forgive everything,” he sings over a choir of expansive synths.

On the next track and lead single, “Describe,” Hadreas reminisces about a love as remote as an “echo in the canyon,” imploring someone to bring back the feelings he’s forgotten. For a meditation on the absence of emotion, the song features unexpectedly lush instrumentation: Forceful, stately guitar chords and synths underpin Hadreas’ plaintive appeals. He asks a different question on each repetition of the chorus, his desperation escalating against an increasingly dissonant backdrop. His final plea is the most direct and haunting: “Can you just find him for me?” To demonstrate the urgency of the question, the music fades out to a quiet hum that continues for the rest of the track, punctuated only occasionally by faraway electronic warbles.

The album’s title evokes a sense of exaggerated, almost comic urgency. But on “Leave,” the dark and surreal fifth track, Hadreas’ plea to “Set my heart on fire / Immediately” becomes suddenly serious as his voice quivers with somber conviction.

Co-written by Hadreas and his partner Alan Wyffels, “On the Floor” is an even more forthright confession of frenzied yearning. Right from the start, the track’s fast-paced, jaunty beat places it firmly outside the realm of the saccharine, heightening the tension and turbulence of Hadreas’ anguish: “I pace, I run my mouth / I pray and wait / I cross out his name on the page,” he lists, the constant pitch of each syllable forming part of a feverish ostinato. Hadreas envisions a love so obsessive and all-consuming that he loses control of his own heart: “How long ‘til this heart isn’t mine?”

Hadreas’ music often examines the prejudices faced by the BGLTQ+ community by incorporating narratives from direct personal experiences. But on “Just a Touch,” he turns to history instead. In a recent interview with the New Yorker, Hadreas described the love song as a “wartime story” between two men trying to hide their relationship. “A lot of queer relationships were like that — they had to exist in secret, they had to be these brief, frantic, passionate explosions, and then afterward you would only have a memory to sustain it,” he said.

“One More Try” delves into similar themes of concealment and confusion, tinged with regretful longing. “Why’d we hide?” Hadreas asks in the second verse. “My life for one more try / Your hand in mine / I’d run straight to the light.”

The final track, “Borrowed Light,” returns to the nautical imagery of the first as Hadreas comes to terms with life’s uncertainty. “I thought the sea would make some pattern known / And swim us safely home,” begins the last verse. “But there’s no secret / Just an undertow,” Hadreas admits. After his voice fades out one last time, the album ends in a choral cadence of synths.

Nearly 10 years have passed since the release of Perfume Genius’ studio debut, “Learning.” His first and last albums feature remarkably similar cover art: hazy monochrome portraits. In the image from a decade ago, the album’s title obscures his face. But now, he stands tall and stares straight at the camera. Perfume Genius’ music blazes with compassion and defiance in equal measure, and listening to his latest album will, without question, set your heart on fire. Immediately.

—Staff writer Clara V. Nguyen can be reached at clara.nguyen@thecrimson.com.