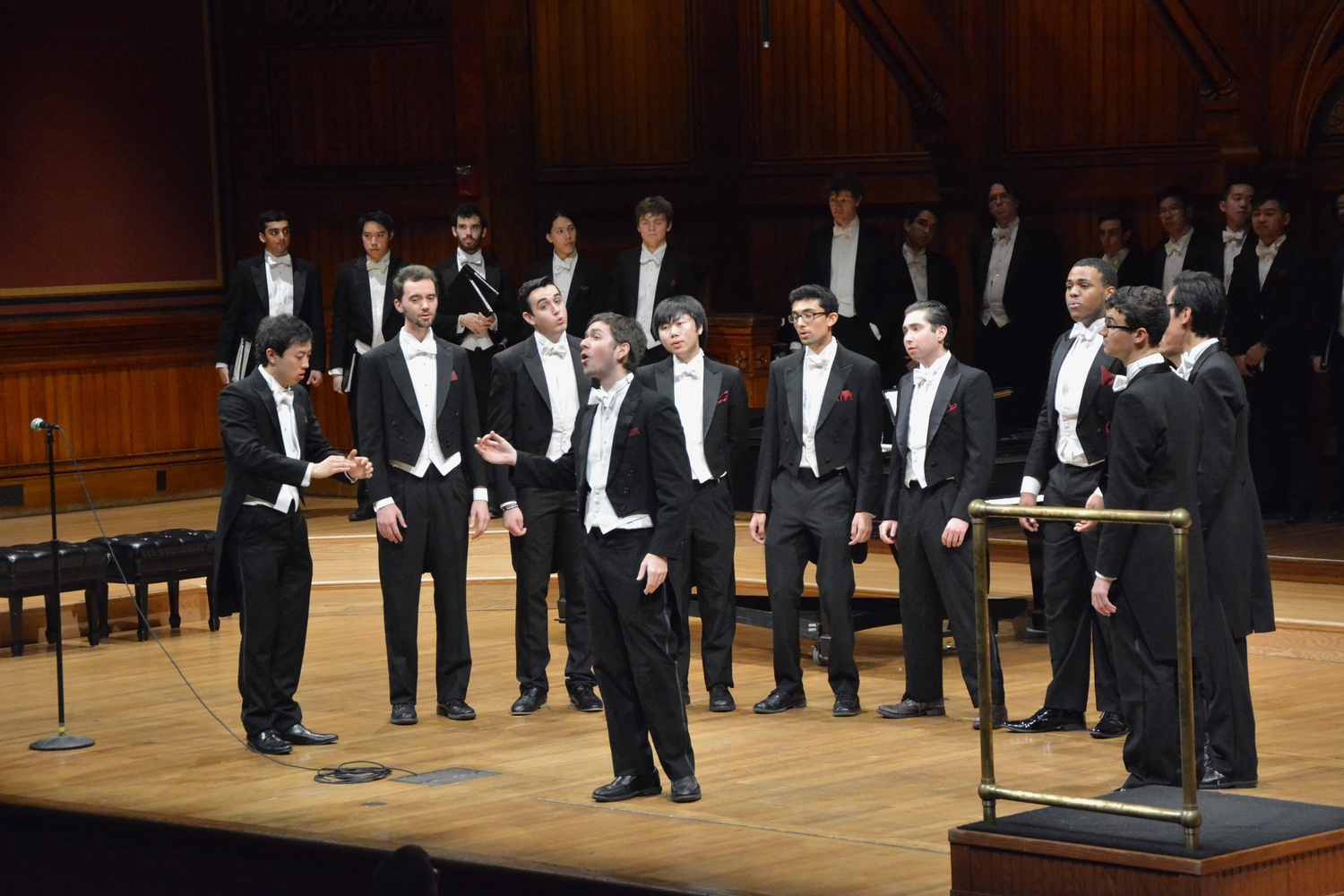 Several faculty-led music ensembles have transitioned this fall to online auditions, rehearsals, and performances in light of the ongoing coronavirus pandemic.

The vocal and instrumental ensembles will hold no in-person meetings this year, prompting conductors and student leaders to rethink their plans.

Mark E. Olson, director of the Harvard University Band and the Harvard Wind Ensemble, wrote in an email that he initially “did have doubts about virtual music ensembles.”

“Playing in an ensemble is so much more than just being able to play your part,” Olson wrote. “It is about listening and matching sound with the other musicians to create the music the composer or arranger tried to express in the composition.”

Producing music as an ensemble can take longer in the virtual space than it does when the groups prepare for in-person performances, Olson added.

“We need to spend some time in advance of the recording talking about the work and the performance style,” he said. “After recording our parts it may be necessary to re-record certain parts to match each other.”

Jennifer Y. Wang ’22, president of the Harvard-Radcliffe Orchestra, said she had to spend many extra hours learning to edit and combine recorded orchestral parts in the spring, when the group’s performances first moved online.

“I’ve done a little bit of video editing in the past when I was in high school for my own recordings, but stitching together dozens of videos is very different from that,” Wang said. “My computer is not designed to handle that much information, and for me personally it was an insane amount of work and a huge learning curve.”

“I think for many ensembles on campus, students ended up having to take on that role of editing videos, since we didn’t have time to look for professional editors,” she added.

Federico Cortese, a senior lecturer in the Music Department and director of the Harvard-Radcliffe Orchestra, said that in order to more easily meld individually recorded parts, he will choose pieces for this fall that have a fairly steady pulse, working in consultation with his students.

“We need to choose music that has a fairly steady metronome, you could say, because otherwise to have eighty people doing a rallentando in the same way is very hard, extraordinarily hard, even if I conduct them one by one,” Cortese said.

But Cortese said that selecting for such pieces is only a starting point in the transition to rehearsing and performing online.

“Even for a good player, you will need to play with a metronome basically right in your ear in order to really stick to the pulse, since players tend to take some time here or there when they play alone,” Cortese said. “And what about intonation, since it is very hard for students to know if they are sharp or flat if they cannot hear the others?”

“Ironically, it is the students living on campus, in spaces that are supposed to be more conducive for learning overall, who are in fact finding it harder to participate as singers, since they are in their dorm rooms which have a lot of sound bleed,” Clark said. “It is easy to feel concerned and self-conscious about disturbing people next to you who are also trying to take courses.”

“It’s a problem, I have to be honest with you, but we are doing the best that we can,” Clark added.