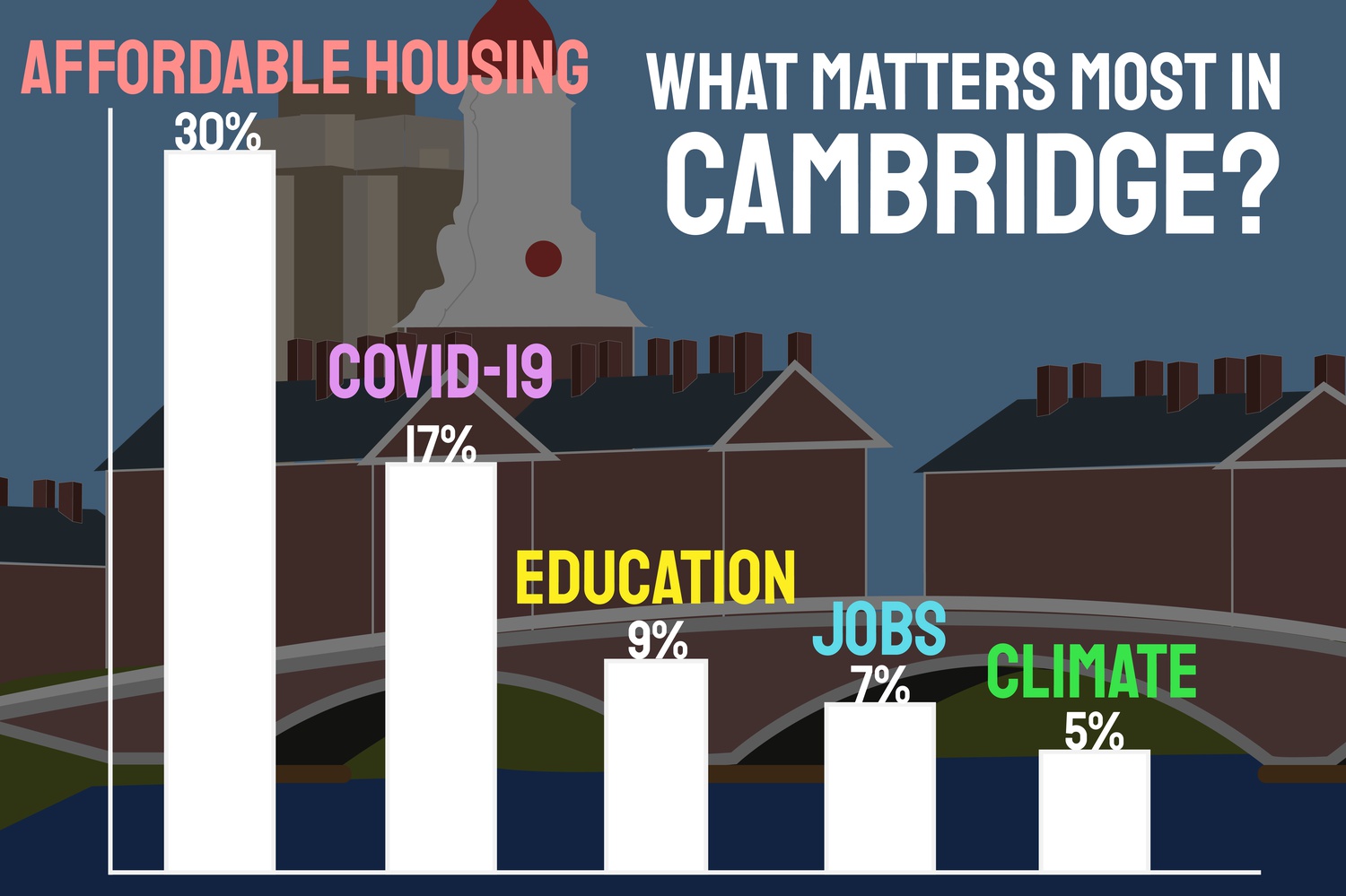 Despite the pandemic, the most important issue facing Cambridge is the lack of affordable housing, according those surveyed during the biennial City of Cambridge Resident Telephone Survey. By Justin Y. Ye
By Ryan S. Kim, Crimson Staff Writer

In the midst of the Covid-19 pandemic and longstanding issues such as an affordable housing shortage, Cambridge residents remain confident in the city government’s leadership, according to a recent survey.

The findings originate from the biennial City of Cambridge Resident Telephone Survey, conducted by Polity Research Consulting. Using a sample size of 400 randomly selected adult residents, the survey was conducted in September 2020 and published in October. The City Manager’s Office released the study results for public view during Jan. 4 City Council meeting.

Even during a global pandemic, the 2020 data indicates improvement from the last survey, which was released in 2018. Overall satisfaction with city services is at a 20-year high, rising to 60 percent from 55 percent in 2018.

“I believe this reflects our highly capable and extremely dedicated workforce and the focus they place on the initiatives and priorities of the Council,” City Manager Louis A. DePasquale said in a Jan. 4 press release. “I want to thank City staff for their commitment to our community and for their hard work.”

The 2020 version of the survey included a new slate of questions relating to the coronavirus pandemic. When asked if they thought the city’s response to Covid-19 was effective, 81 percent of respondents agreed. Thirty-eight percent labeled the response “excellent” and 43 percent said it was “good.”

Job security among residents has been heavily affected by the pandemic. Thirty-two percent of respondents reported some loss of employment in their household since the beginning of pandemic lockdowns in March.

DePasquale and other city officials hope to incorporate the survey findings into actionable policy, according to the release.

“I expect to work closely with City departments to further analyze the results to incorporate relevant insights into priorities and future work plans, and the overall budget process,” DePasquale said. “I anticipate that the survey results will be a valuable tool for the Council and the public to understand community issues.”