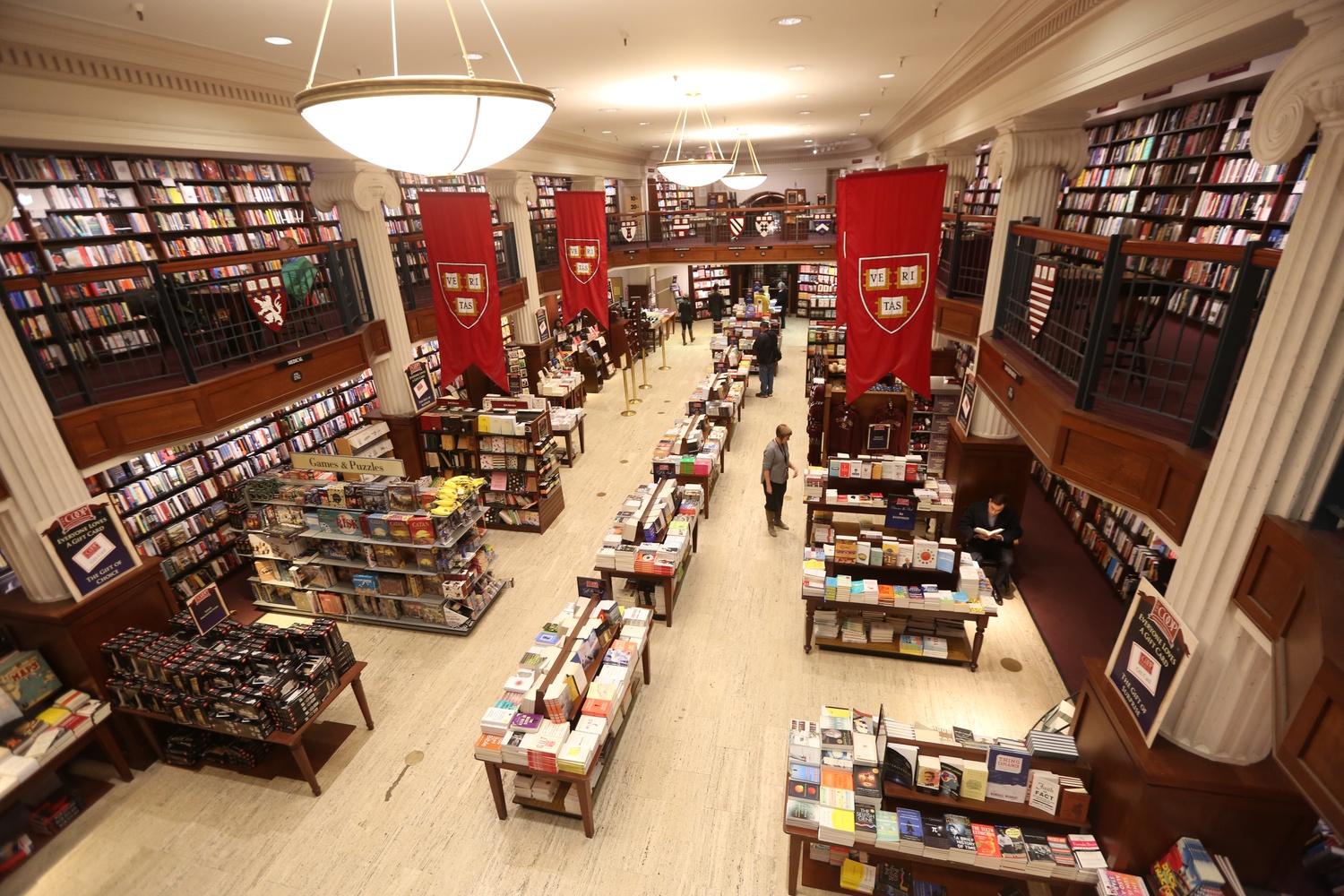 The Harvard Coop's flagship store at 1400 Massachusetts Ave. will be closed for renovations through at least April. By Marinda R. Horan
By Tracy Jiang and Davin W. Shi, Crimson Staff Writers

The Harvard Cooperative Society announced in late December that its flagship Harvard Square store, located at 1400 Massachusetts Ave., will temporarily close for renovations, with plans to reopen in April.

With the flagship store closed, all books and other merchandise have been relocated from the Massachusetts Avenue Coop building to the store's Palmer Street location.

Coop President Jeremiah P. Murphy Jr. ’73 explained that the planning process for the renovations started about a year ago, but it was delayed due to the coronavirus pandemic. A reduction in foot traffic during the pandemic made closing the building the best option to allow for greater efficiency in the renovation process.

Murphy added that the goal for renovating the building is to provide a better shopping environment for Coop patrons and to better support social distancing guidelines amid the pandemic.

“Our plan is to make it a much better customer member experience when it's finished in terms of the air conditioning,” Murphy said. “It's actually going to be able to allow us to probably do some things that we would need to do as a retailer anyway for dealing with the pandemic in terms of spacing, crowded aisles, as well as contactless doors and things like that.”

Denise A. Jillson, executive director of the Harvard Square Business Association, said that the renovations would boost business for other Harvard Square retailers.

“It's helpful actually, you know, to have all the construction workers because many of them drink coffee and many need lunch,” Jillson said. “They can certainly get their coffee and buy lunch and support the local businesses.”

Emily M. Qiu ’24, a Coop patron, wrote in an email to The Crimson that she will continue to frequent the Coop despite the renovations.

“Personally, as long as I know where the COOP is being relocated to and it's still easily accessible, I'll probably still visit every once in a while just like I did before,” she wrote. “I usually like to look at merch in the COOP, and I feel like they have a really large selection to choose from, so I think many people would still continue to go.”

Christie Choi ’24, another Coop shopper, said the renovations might discourage shoppers from going to Coop stores.

Still, she said the renovations have not personally affected her or her shopping habits.

“I don’t think that the Coop renovations will make it harder for me to access school supplies, merch, or textbooks,” she said. “I hope they keep the spiral staircases though.”