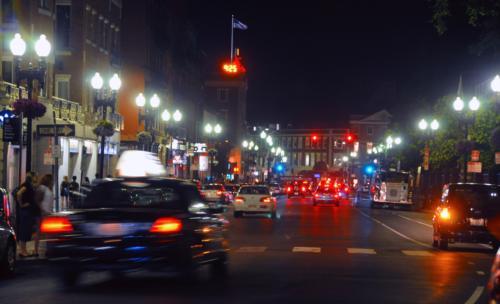 Rodney's — a bookstore on Massachusetts Avenue — will not renew its lease. By Jade A Sabatino
By Taylor C. Peterman, Crimson Staff Writer

Rodney’s Bookstore in Central Square will close this fall and reopen at a yet-to-be-determined new location, according to its owner, Shaw Taylor.

The move comes as Rodney’s — known for selling used and discounted new books, in addition to bookshelves and posters — celebrates its 21st anniversary at its Central Square location.

Taylor said the store is moving because his lease is up, not due to circumstances related to the COVID-19 pandemic.

“My landlord told me that I had to be out — this is way, way back in beginning of February,” he said. “It was before the whole pandemic. The landlord’s just going in another direction.”

Taylor said he will “stay to the very end” of his lease — October 31 — before loading the remaining books and bookshelves into his van. He said he hopes to reopen somewhere in Cambridge but has not yet found a location.

“My plan is to open somewhere in Cambridge, but I knew I couldn’t do two rents or two places at the same time just because of staffing and money,” he said. “The earliest I would reopen — the very earliest — would be December.”

Still, he said he does have some concerns about how the new location can live up to his current storefront.

“Where I am now, I don’t know if I can duplicate that, you know?” he said. “The size is right. The windows are nice. The T’s right there. It’s got a lot going for it. But I’ll find something, and I’ll make it nice.”

“I hope that they are able to settle into one of these other neighborhoods — maybe one of the squares in Somerville or something — where they can get enough space to have the same kind of environment,” she said.

“I always really liked Rodney’s when I was spending time in Central,” she added, calling the bookstore a “staple” of the neighborhood.

Taylor said the situation is difficult for his local customers who have supported the store over the years.

“It’s sad for the customers because this is our 21st year,” he said. “A lot of them that live in the Central Square area — they will be disappointed if I end up in Porter Square or wherever. We’ve been here long enough so that people have lived with us, essentially.”