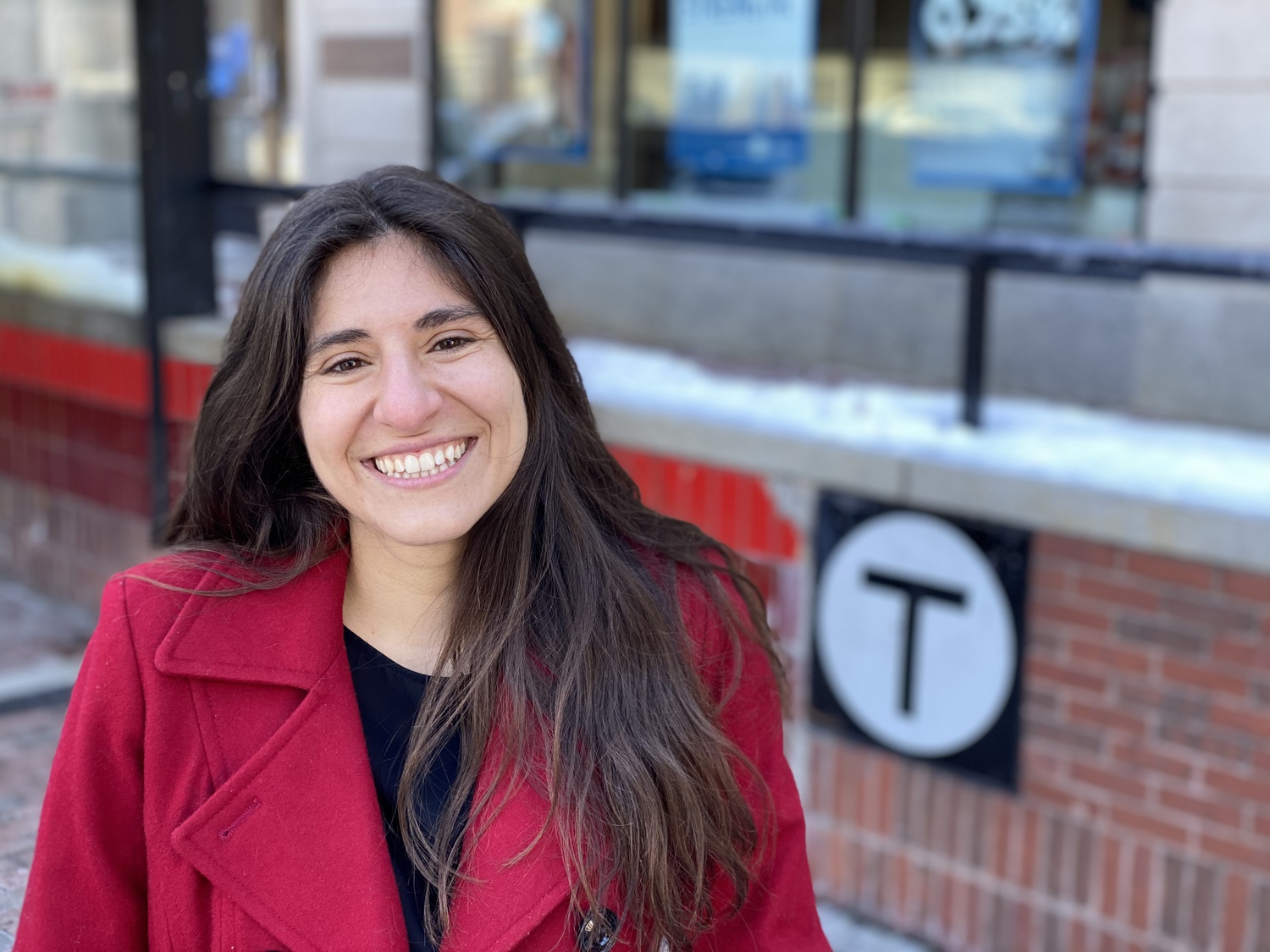 “Politics was not on my radar at all,” she said. But now, for the first time, Skeadas is campaigning for a seat on the Cambridge City Council.

The New York native arrived in Cambridge as a Harvard undergraduate, residing in Cabot House and graduating in 2012 with a degree in Philosophy. Skeadas was a member of the student acapella group LowKeys, the Harvard College Hellenic Society, Institute of Politics, and Phillips Brooks House Association’s Mission Hill after-school program.

Skeadas said she has been interested in addressing wealth inequality for a long time. In high school, Skeadas built homes for unhoused people in Tijuana, Mexico, and was “very struck by the contrasting living standards between people in San Diego, California, just across the border,” she said.

After graduating from Harvard, Skeadas ran summer camps for refugees on the West Bank, worked for an NGO focused on conflict resolution in Morocco, and researched employment barriers for Syrian refugees in Turkey. Skeadas eventually became interested in being a diplomat so she could work on “building bridges across difference,” which led her to pursue a Master’s in Public Policy in 2016 at the Kennedy School.

Skeadas said she experienced a “moment of politicalization” while at HKS in the lead up to the 2016 presidential election.

“I realized that elected officials play a very important role in driving conversation and change,” she said.

Her prior interest in pursuing advocacy and non-profit work faded away as she noted “they’re not actually making decisions, you’re only advocating for change.” This led her to join the Women in Public Policy Program at the Kennedy School.

“By the end,” Skeadas said, “I was like, maybe a local office is something I could do.”

Skeadas considered running for City Council in 2017, but decided she lacked the experience. Instead, she ran Sumbul Siddiqui’s successful 2017 campaign for City Council and worked for Jimmy Tingle when he ran for lieutenant governor in 2018.

Now, Skeadas is running for City Council, noting that “it’s the place where you can have the most immediate change” on issues like climate change.

“I, Theo, cannot move the needle on the federal level, but what I can do is make Cambridge the most progressive city it can be on this issue,” she said.

In addition, what differentiates her from the other candidates, Skeadas said, is her “commitment to championing local businesses” and prior experience working on housing issues.

With these specific policy plans, Skeadas acknowledged she could run into disagreements on the council, but said she is well equipped to manage any difficulties that arise.

“I come from a very deeply conservative and religious family and I lean quite left,” she said. “I’ve had to manage a lot of very difficult conversations across difference.”