Cambridge City Council To Explore Reparations for Slavery, Restitution for War on Drugs 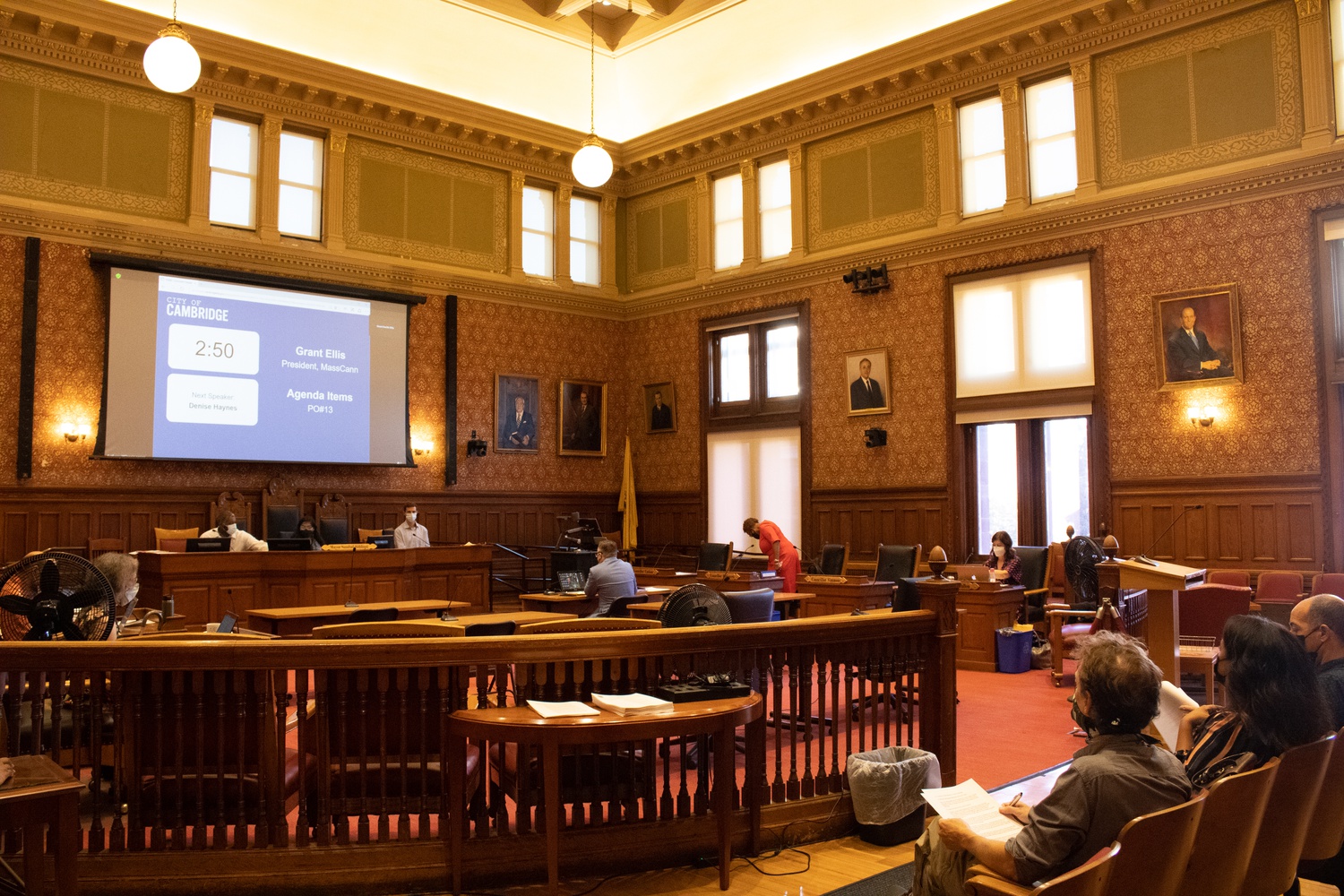 At its weekly meeting Monday, the Cambridge City Council unanimously passed two policy orders to provide restitution to Cambridge residents impacted by the War on Drugs and to explore a reparations pilot program to address slavery and racial discrimination.

Co-sponsored by E. Denise Simmons, Patricia M. “Patty” Nolan ’80, Quinton Y. Zondervan, these orders will use tax revenue from cannabis sales to help redress the “historic injustices” that still affect Black and brown residents today, according to the orders.

It has not yet been determined what percentage of cannabis sales will go toward these programs.

Along with the passing of this legislation, on Monday the Council voted to establish a Racial and Justice Equity Commission — a committee of housing, education, and economic opportunity experts among others — to help carry out the aims set forth by the policy initiatives.

Though Nolan said she was “very excited” to begin reparations work at the local level, she maintained that “true reparations” must come from the federal government.

“It is past time to discuss reparations, and I really hope our city can be a leader in these discussions around the country and show the way for others,” Nolan said. “Cambridge does have a legacy of benefiting from slavery, right through to adhering to these federal policies in the 1950s.”

Simmons and Zondervan credited activist Saskia VannJames, a member of the Massachusetts Recreational Consumer Council, as instrumental in crafting the reparations policy order.

“Saskia has been a tireless advocate,” Zondervan said. “She has just been tremendous in not only meeting with us and advocating on this issue, but bringing other community members into the conversation and really making sure that we get this right.”

The policy order draws inspiration from a pilot reparations program in Evanston, Ill., which in March became the first city in the United States to pay reparations for slavery. The program paid $400,000 in reparations to Black households in Evanston in the form of housing grants.

The restitution and reparation policy orders were introduced separately to highlight the War on Drugs and slavery as “separate but related issues,” according to Zondervan.

Both policy orders request that City Manager Louis A. DePasquale deliver a progress report on Oct. 4 to remain on track with launching the program in July 2022.

While Councilor Marc C. McGovern said he believed passing the orders was “absolutely the right thing to do,” he acknowledged that “anything that involves race” will lead to difficult conversations.

“I think one of our biggest obstacles in Cambridge when we talk about these issues is that we like to think we don’t have them,” McGovern said. “We’ve got to get over that hurdle to admitting that even here in the People’s Republic, we have major issues and structural racism.”

Toward the end of the meeting, the Council declared an emergency extension of the preference period for cannabis retailers recognized under the Economic Empowerment program. Under the two-year program, which went into effect in 2019 and was supposed to expire on Sept. 23 of this year, only those negatively affected by the criminalization of marijuana and people of color can operate a cannabis retail store in the city. The emergency extension will extend the period during which only economic empowerment applicants can operate a cannabis retail store.

The motion passed 8-1, with Councilor Timothy J. Toomey, Jr. as the sole dissenter.

“We have been talking about this cannabis for years, and to be at this point here tonight having to declare an emergency, without any public input into how this regulation is being written — it’s just astounding,” Toomey said. “I really don’t understand why we’re at this point.”

In response to Toomey, Zondervan explained that the Council discussed the emergency extension “at length” at an ordinance committee meeting. However, the subsequent meeting to pass the extension “was not scheduled in time,” Zondervan added.