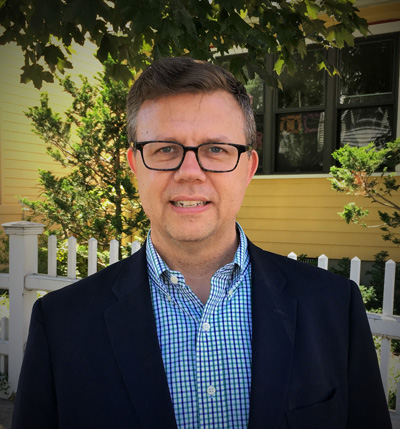 Paul F. Toner grew up hearing stories about how Cantabridgians rallied to take care of his family after his great-grandfather died, and saw it up close after his father passed away when he was 15.

“Our neighbors all were there to help support us and help keep us on the straight [and] narrow,” he said. “That’s just the kind of place that we grew up in.”

For Toner, whose family has been in Cambridge for generations, running for City Council is just the next step in giving back to the city that has meant so much to him and his family.

“What I love and what so many long-term residents love about Cambridge is the community that’s about supporting one another and helping each other’s neighbors and giving back,” Toner said.

Toner began his career as a teacher, and then got a law degree and started working with teacher’s unions, eventually becoming president of the Massachusetts Teachers Association. He fell short in his first campaign for City Council in 2017.

Since running in 2017, Toner said, his core values have remained consistent: voicing everyone’s concerns and shedding light on structural issues.

Toner believes that the council should focus more on communication with Cambridge residents, pointing to the handling of a recent cycling safety ordinance that calls for the installation of bike lanes throughout the city.

Toner argued that the current leadership did not involve Cambridge residents enough in making decisions about the ordinance.

“They have not done a very good job of engaging the people in the neighborhoods they’re impacting and that has led to some pushback,” he said. “I really wish we had started with a different process because it has gotten very challenging to have civil conversations about this.”

Toner said some people approach political issues already set in their stances, which he finds problematic.

“It's okay to have your own ideas, and your thoughts on what a solution might be, but you really can’t come in with the fix and the final idea, and then expect people just to accept it,” he said.

Toner said that instead he is “coming to the table with an open mind on the issues.”

“We have to take these issues and look at them carefully and come up with what the best solution is for the residents of Cambridge, and not just approach every problem with our positions already in place,” he said.

Toner believes his experience in politics and organized labor have equipped him well to give Cambridge residents more of a voice.

“I’m not coming as an ideologue to Cambridge City Council — I’m coming as someone who has had 30 years of trying to work with a broad, diverse population of people and try to find solutions to the problems we all face,” he said. “I’m really running as hopefully a problem solver and a consensus builder.”