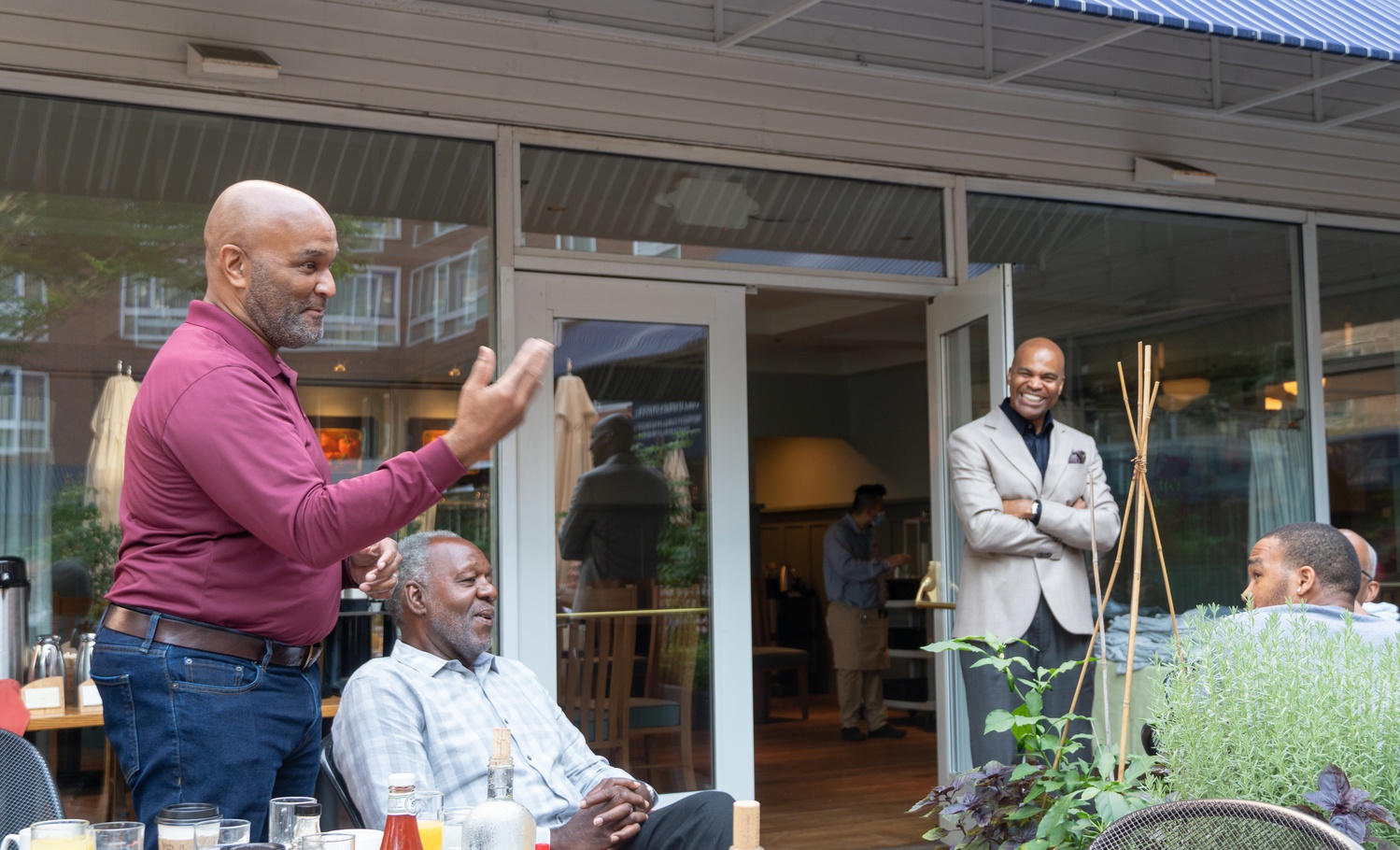 When Victor A. Clay arrived to helm Harvard’s police force in July, the department was facing allegations of decades of sexism, racism, and favoritism among employees, as well as campus activism calling for its reform or even abolition.

After an eight-month nationwide search, the man Harvard chose to tackle those myriad challenges is a 30-year veteran of law enforcement who cut his teeth on the streets of Los Angeles before moving into campus policing seven years ago. He enjoys taking patrol shifts alongside his officers, struggles to balance his job with his family life, and says his identity as a Black man shapes the way he approaches policing.

Clay said in an interview last month that he was working as a grocery clerk and “just being the dude street racing on the weekends” when his friend encouraged him to apply to become a Los Angeles County Sheriff’s deputy.

“I took the test and never looked back,” he said.

Clay stayed with the department for 28 years, earning a meritorious conduct medal for bravery in 1996. In 2014, Occidental College — just a few miles from where he grew up — named Clay its chief of campus safety.

Clay arrived at Occidental when the school was facing national scrutiny surrounding its Title IX practices, which were the subject of two federal complaints.

One of those complaints accused Occidental of failing to report sexual assaults as required by federal law, an issue Clay tackled during his tenure there.

“It was during Chief Clay’s tenure that a full-time Clery coordinator was hired and additional training was provided for staff responsible for Clery reporting,” Occidental College spokesperson Jim Tranquada wrote in an email.

Clay said Occidental was a “great opening experience” for his career in campus safety.

“It’s small, a lot of energy — you could see the development. I was there for three years, so I saw pretty much almost a full group of students go from first year to graduation,” he said.

Three years after arriving at Occidental, Clay was named the chief of campus security at the California Institute of Technology, where he worked until he arrived at Harvard in July.

Clay said Caltech places a heavy focus on research and has relatively less social interaction than other college campuses, making it a different experience from Occidental.

“I didn’t have that much contact,” Clay said. “Or I didn’t see the socialization that I see here.”

A former co-worker at Caltech, Kathleen A. Carpenter, wrote in an email that Clay “pretty much changed everything” at Caltech, developing a stricter rank structure and more evenly distributing workload around the department.

“We were dealing with covert sexism and limited representation of female, Asian, and African American officers within the department,” Carpenter wrote. “Women just weren’t even considered for interviews. The first thing Vic did was empower the women we did have working in the department and hire female officers.”

According to Carpenter, Clay’s “[no]-nonsense” personality initially made it difficult for Clay to navigate Caltech’s campus politics.

Once he did, however, things calmed down, she noted, adding that people either did or did not like Clay, and there was not too much in between.

“He could be rather abrasive at times, and not always approachable, but I always felt that he answered my questions and concerns honestly,” Carpenter wrote. “I felt that he made a point to put me in a position that was challenging but also made sure I had the tools available to succeed.”

Similar to his time at Occidental and Caltech, three months into his new role at Harvard, Clay is faced with the task of making major reforms to campus safety, including implementing the recommendations of an external review commissioned by University President Lawrence S. Bacow in 2020.

“We’re going to look at every single aspect of [our policies] with the advisory board and get their support in some of the things we do,” Clay said. “And then I’m going to look at how efficient our department is, like, ‘Do we have some gaps in training? Do we have gaps in our response?’”

Undergraduate Council President Noah A. Harris ’22, who serves on the advisory board, said it remains too early to judge Clay’s tenure, but noted he is “more encouraged” than he has been in the past because of Clay’s willingness to pursue change.

“I think there’s no easy way to do it, there’s no fast way to do it — you just have to take the feedback, implement changes, and then hope that the trust is restored,” Harris said.