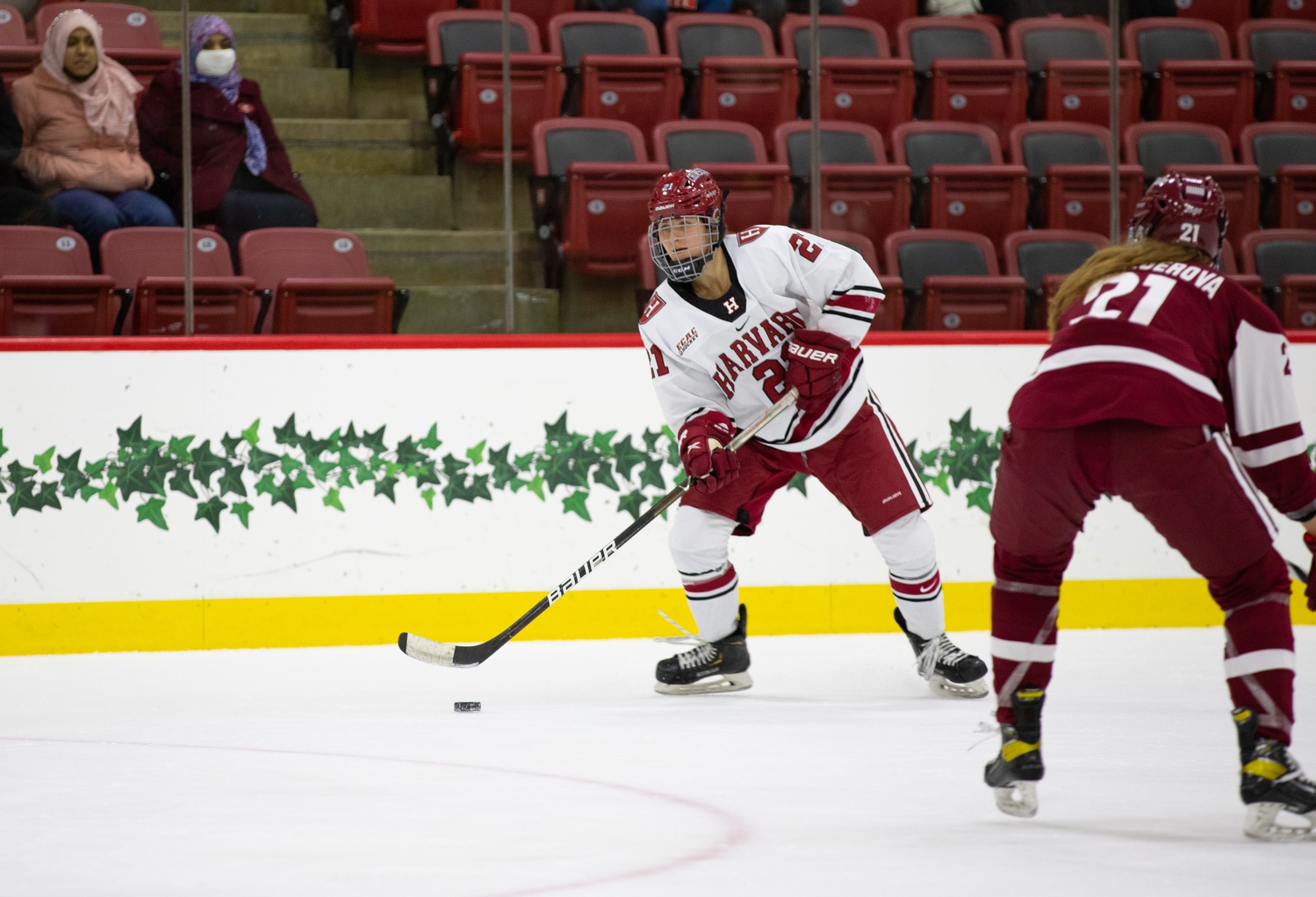 Keely N. Moy '22, a hockey player at Harvard, is one of four athletes who created an ally group to support BGLTQ-identifying student athletes this year. By Angela Dela Cruz
By Alex Koller, Crimson Staff Writer

Gabriella A. DelPico ’24, Kaitlin H. Lampson ’22-’23, Keely N. Moy ’22, and Lara Schenk ’23 formed Harvard Athlete Ally to establish a group on campus dedicated to students who both participate in athletics and identify as queer or as allies of the BGLTQ community, according to a written statement the founders provided The Crimson.

“We founded the organization to create a space where people like us, and unlike us, feel free to express their identities as athletes and queer people or allies of queer people,” they wrote. “In addition to creating a safe space, we aim to create real policy change in the Harvard Athletics department and the greater Harvard administration.”

The new student group is a Harvard chapter of the national nonprofit Athlete Ally, a BGLTQ advocacy group with more than 30 campus chapters across the country.

DelPico, Lampson, Moy, and Schenk — who all share the title of Harvard Athlete Ally co-president — said they created the group in part to “revamp” the campus organization Queer Undergraduate Athletes Do Sports, which was founded by two Harvard students in 2018 but is now dormant.

DelPico and Schenk are members of the women’s soccer team, Lampson plays on the softball team, and Moy competes for women’s ice hockey.

In their statement, the founders said Athlete Ally receives guidance from Erin West, who leads diversity and inclusion efforts within the department, and Christian L. Bray, who oversees compliance.

Per the handbook, which is published on the Harvard Athletics website, the transgender inclusion policy allows students to use restrooms and locker rooms and wear uniforms corresponding to their gender identity. It also states that department affiliates should refer to students by their preferred name and pronouns.

Dane noted that student athletes now have the option to include their preferred pronouns on their online athlete profile page.

The Athlete Ally’s co-presidents said they support the new policy. But beyond guidelines, they said they hope they can improve department culture, from “language used in locker rooms” to queer representation.

“While we recognize the concrete progress on the policy side, we feel that we still have a lot of work to do on these intangibles,” they wrote.