Seven board members of the Harvard Gender and Sexuality Caucus, an alumni-led organization serving BGLTQ University affiliates, resigned earlier this month after controversy arose over the board’s commitment to diversity and inclusion.
By Alex Koller 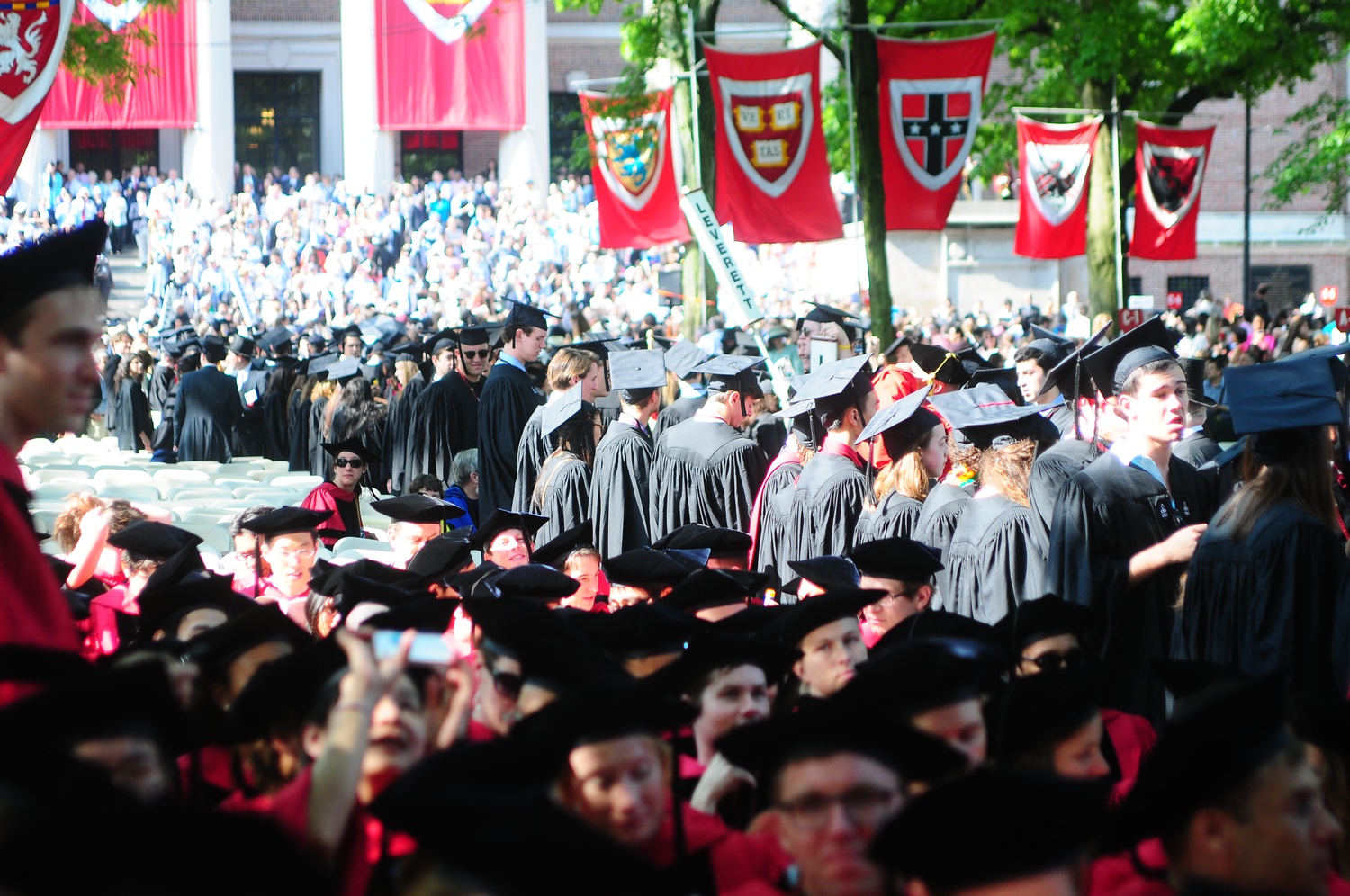 The Harvard Gender and Sexuality Caucus is an alumni-led organization that seeks to support BGLTQ students, faculty, staff, alumni, and other University affiliates. By File Photo

Seven board members of the Harvard Gender and Sexuality Caucus, an alumni-led organization serving BGLTQ University affiliates, resigned earlier this month after controversy arose over the board’s commitment to diversity and inclusion.

The members — five of whom are people of color — resigned after a brief discussion about diversity at a board meeting touched off a series of confrontational email exchanges between members.

As the dispute reached fever pitch, one board member called for the HGSC president’s removal and another member even advocated disbanding the organization altogether. Within 72 hours, around one-third of the volunteer board had submitted their resignations.

Founded as the Harvard Gay and Lesbian Caucus in 1984, HGSC has functioned as a Shared Interest Group of the Harvard Alumni Association since 2005. The caucus lobbied Harvard to nominate the first gay or lesbian candidate for its Board of Overseers in 1997, and raised the funds to create the country’s first endowed professorship in lesbian, gay, bisexual, and transgender studies at Harvard in 2009. More than 5,000 alumni and other University affiliates make up HGSC’s membership, per its website.

The controversy began during HGSC’s first board meeting of the 2021-2022 term on June 8. Julius E.Y. Towers — one of the members who ultimately resigned — said he proposed during the meeting that the board incorporate language on diversity into its mission statement and bylaws.

Towers — who identifies as multiracial — and Ricky Ramón, another board member who later resigned, said in interviews that they felt some members insufficiently addressed Towers’s proposal after further discussion of it was tabled at the meeting.

Acting HGSC President Joseph J. Barretto ’97 wrote in an emailed statement to The Crimson on Monday that the June 8 meeting included a “productive discussion about diversity and its importance to the mission of the organization.”

According to Barretto, then-HGSC President Meredith A. Cartwright “welcomed” Towers’s suggestion during the meeting and later recommended the creation of a working group to review the mission statement and bylaws “with respect to diversity and inclusion.”

Towers replied in a June 19 email that he was “fully supportive” of Cartwright’s idea and would be honored to contribute to the working group.

Three days later, however, Towers emailed the board calling for “a serious discussion about diversity” at the board’s next meeting, adding that he thought some of the board’s white members appeared less willing to participate in “meaningful” conversations about diversity, according to emails obtained by The Crimson.

Board member Cody Dean ’14 pushed back against Towers in a reply, copying the entire board.

“Had you a modicum of institutional knowledge, you’d be aware that it was, in fact, the very same folks of whom you allege reticence that demanded a larger, monumentally more diverse Board and drove an election process that ensured it,” Dean wrote.

HGSC expanded the size of its board in a May election, electing one of the caucus’s largest and most diverse boards in years. Both Towers and Ramón were elected in May, and the June 8 meeting was their first as board members.

A week later, Cartwright, the board president, responded to Towers’s criticisms in an email to the board. She told Towers to “(respectfully) ‘STFU’” in one part of her response.

Cartwright apologized to the board the following day for her “profanity and lack of civility” in the June 30 email. But Towers said in an interview that her apology was “not enough.”

“At that point, I thought she had disqualified herself from membership on the board as well as being the board president,” Towers said.

On July 1, Towers introduced a motion to remove Cartwright from both the presidency and the board. He also moved to remove Dean from the board.

Two days later, the intensifying dispute led to the first resignation: Board member Daniel H. Stephens ’98 stepped down July 3 after serving on the board for two years.

“HGSC needs to genuinely tackle conversations about race, belonging[,] equity, inclusion and diversity in-house,” Stephens wrote in his resignation email. “Not doing so has cost too much.”

The same day, Towers and board member Khoa T. Pham both resigned. In a joint resignation email, Towers and Pham alleged that the board suffered from a “lack of cultural humility, awareness and respect of diversity and inclusion.”

On July 5, board member Jesus M. “Jesse” Leon also resigned, citing “the personal attacks and lack of inclusion of [Black, Indigenous, and other people of color] members” in an email to the board.

In his statement to The Crimson, Barretto wrote that interactions between board members at the June 8 meeting and over email “reflect[ed] no threats, bullying or discrimination of any kind by any of the current board members or by Dean.”

Dean resigned via email on July 3, explaining that he was unwilling to remain on a board where “a basic modicum of respect among colleagues cannot be honored.”

As members handed in their resignations, the controversy deepened further when board member Douglas D. Hauer proposed a different approach: dissolving the caucus altogether. In a July 3 email, he implored other members to refrain from resigning and motioned for a meeting to hold a vote on dissolving the organization.

“The overall email climate has become unacceptable,” Hauer, who was elected to the board in May, wrote. “There is no way to re-wind this. And re-building is a chance for a new start that also can give us room to engage more with the community on where we need to focus efforts.”

Ultimately, however, Hauer himself resigned from the board on the morning of July 5 before a vote on dissolving HGSC could take place. He declined to comment on his resignation and the motion.

Hours after Hauer’s resignation, Barretto stepped in as acting president, writing that Cartwright had a health concern that prevented her from continuing in the role. In a joint email that day, Barretto and Cartwright argued that Hauer had no authority to dissolve HGSC.

“All Board Members have a fiduciary duty to the organization. As difficult as the past weeks have been, every Board Member has to put the organization and its existence first,” they wrote. “If you are unable to do this, resignation is the appropriate response to register your protest.”

Ramón said in an interview that the email from Barretto and Cartwright was the “final straw” for him. He submitted his resignation — the board’s seventh in three days — on the afternoon of July 5.

“If I can’t have that opportunity to voice concerns, I don’t want to be a part of the organization,” Ramón said. “And here we are.”

Harvard did not comment on the controversy. University spokesperson Christopher M. Hennessy wrote in an email that Shared Interest Groups like HGSC are self-governed and financially independent organizations, though the Alumni Association provides them with resources and information.

While Ramón — who is Mexican American — said he believes the HGSC board had “good intentions” when it expanded membership to diversify its ranks in its May election, he said that effort came up short.

“They didn’t think about: ‘Well, what’s that going to look like? What happens? How are we going to create a support system for all of these people of color that we bring on?’” he said. “They weren’t ready for the change.”