Members of the Class of 2024 had limited social interaction in the fall semester due to most facets of campus life — classes, extracurriculars, socials — being rendered virtual. Still, they said, campus cultural groups played an important role in supporting their transition to college life.
By Audrey M. Apollon and Leah J. Teichholtz 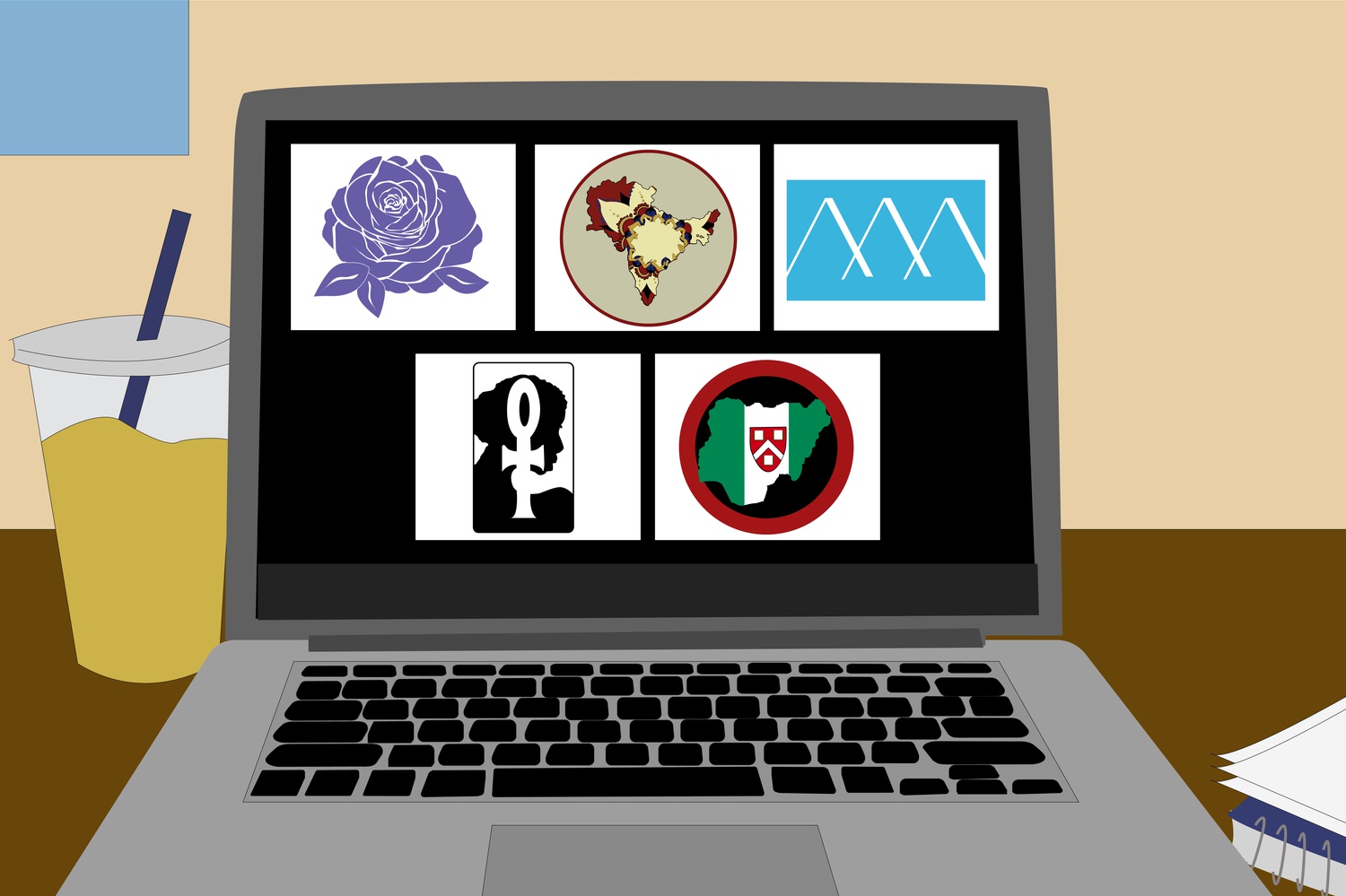 Many of Harvard's more than 50 campus cultural organizations found creative ways to bring their programming to students virtually during the fall semester. By Justin Y. Ye

Melanie T. Munoz ’24 said her involvement with Hermanitas — the big sibling-little sibling program run by Latinas Unidas — ultimately influenced her decision to enroll at the College last May.

“I committed because I saw this community of people [at Harvard] that were like me,” Munoz said. “I came from a predominantly white high school, so there was never people like me that I could relate to or share my experience with. It was a big part of my decision to commit.”

Despite being held virtually, Hermanitas helped her forge bonds with other members of Latinas Unidas through nights spent reminiscing on pre-pandemic life and discussing Bad Bunny’s new album, Munoz said.

Munoz is just one of many freshman students who said they found a sense of belonging in their respective cultural groups as they navigated their first semester of college virtually in the fall.

Though invited to live on campus last fall, members of the Class of 2024 had limited social interaction due to most facets of campus life — classes, extracurriculars, socials — being rendered virtual to adhere to the College’s social distancing protocols amid the coronavirus pandemic.

Regardless of the challenges associated with a virtual fall, both freshmen that joined campus cultural groups last fall and the upperclassmen who lead them said the groups continued to create programming to support freshmen in their transition to college life.

Cultural groups have long been a staple of the Harvard extracurricular scene, with more than 50 cultural, ethnic, and international student organizations represented. These groups often serve as a first community for freshmen as they adjust to college life.

Some cultural group leaders said they have tailored their programming this year to recognize and adapt to the unique challenges facing the Class of 2024.

“The freshmen are a unique group in which we are trying to focus our programming around, and something we are still working towards,” said Oluwatoba “Toba” Olokungbemi ’22, president of the Nigerian Students Association.

“We have been working with the two first-year representatives to make sure that all members feel supported and part of the NSA community,” he added.

Aarya A. Kaushik ’24, a first-year representative for the South Asian Association, described joining SAA as both a “grounding” and a “welcoming” experience to the Harvard community.

“I’m just finding other people, other students who come from the same cultural background as me and are willing to showcase that,” Kaushik said. “That’s kind of foreign to me, actually, just based on where I am, where I come from.”

Jasmine N. Adams ’24, a first-year representative for the Association of Black Harvard Women, said cultural organizations have expanded their role in Harvard student life during the pandemic.

“Even before the pandemic, I knew that cultural groups on campus were going to be huge for me,” Adams said. “With Covid, we had to create a safe haven within our club. I feel like a lot of the cultural groups have taken on that role of just being a safe haven, like, ‘Look, we know it’s hard. We’re all struggling.’”

‘Really Hard To Do Virtually’

For some of the cultural groups, fostering a virtual community on Zoom has led to challenges, such as difficulties in promoting events and declining attendance at club meetings.

Olokungbemi said it has been “really hard” to replicate the same community his organization had in person.

“The hardest part has definitely been trying to maintain and grow the same community that we have built throughout the years on campus,” Olokungbemi said. “Our organization is very community based, and I think that’s obviously been really hard to do virtually.”

Munoz added that Zoom fatigue also made it harder for some members to commit to attending virtual events.

“Online, it’s very easy to blow it off — if you just never open your computer screen, you’re never held accountable for it,” she said. “You don’t have to face these people the next day and [have them] be like, ‘Hey, where were you? We missed you at the meeting.’”

“It’s a very unique vibe that we have when we’re all together in one room on campus, and that’s the biggest part about NSA,” Nnadi said.

She added that catered Nigerian food is one of the main draws for students to come to the organization's events.

“Not having that physical space loses a lot of that familial aspect that we have,” Nnadi said.

Despite the many challenges of virtual programming, club leaders said they have been able to find new ways to create engaging activities for their members over Zoom.

Seung Min “Albert” Shin ’22 — diversity co-chair for the Asian American Association — said that since his organization’s events could no longer be held in Quincy Dining Hall, his group looked for ways to offer programming to students remotely.

“We tried to brainstorm the ways that we could bring the events to the homes of students that were attending, whether that be through UberEats, or asking them to prepare small things beforehand like pieces of paper for origami night, or ingredients in order to make food,” Shin said.

Adams added that the Association of Black Harvard Women also experimented with new programming, including a “Paint and PJs” night.

“We sent out a canvas and paint to everybody. We just had a night where everybody’s in the comfort of their own home, wherever they were Zooming in from, in pajamas. It was a good, nice, relaxing thing,” Adams said.

Kaushik said the South Asian Association has allocated extra budget to their “Big Sib Little Sib” program to allow upperclassmen to send presents and food to on-campus and off-campus freshmen. In addition, SAA is adapting Ghungroo — its annual dance, music, and drama production — to a virtual format to help engage its members.

Avi Gulati ’24, a dancer in Ghungroo, said attending meetings to prepare for the show has been a positive way to engage virtually with the club.

“I think that it’s highly enjoyable, because I’m not just getting on a Zoom call to merely talk to people,” Gulati said. "I get to talk to them, and I get to dance. It’s reminiscent of an in-person interaction where we’re all doing something together.”

As cultural groups reflect on the successes and challenges of the fall semester, some group leaders said they are hoping to better adapt their programming for another semester with pandemic restrictions.

SAA and ABHW said they are looking into new platforms besides Zoom to host programming.

“We’re experimenting with using some other things like Instagram Live, which doesn’t allow for personal interaction, but it does still allow for if you want to just come and listen to an SAA alum and someone else on board just have a conversation,” Kaushik said.

Adams said ABHW may hold fewer events in the spring semester to avoid “overwhelming” members with too much programming.

Isabelle L. Guillaume ’24, a Crimson Business associate and diversity co-chair for the Asian American Association, said that the club is “evaluating” their recruiting and programming strategies to better adapt to a virtual setting.

“We are planning on evaluating our previous methods of recruiting people to join AAA,” Guillaume said. “We are also looking at the events that we have held in the past and are trying to make them better so that we can form and foster a more welcoming community over the virtual setting.”