As Scientists Rally to His Defense, Lieber Rules Out Plea Deal, Plans To Stand Trial 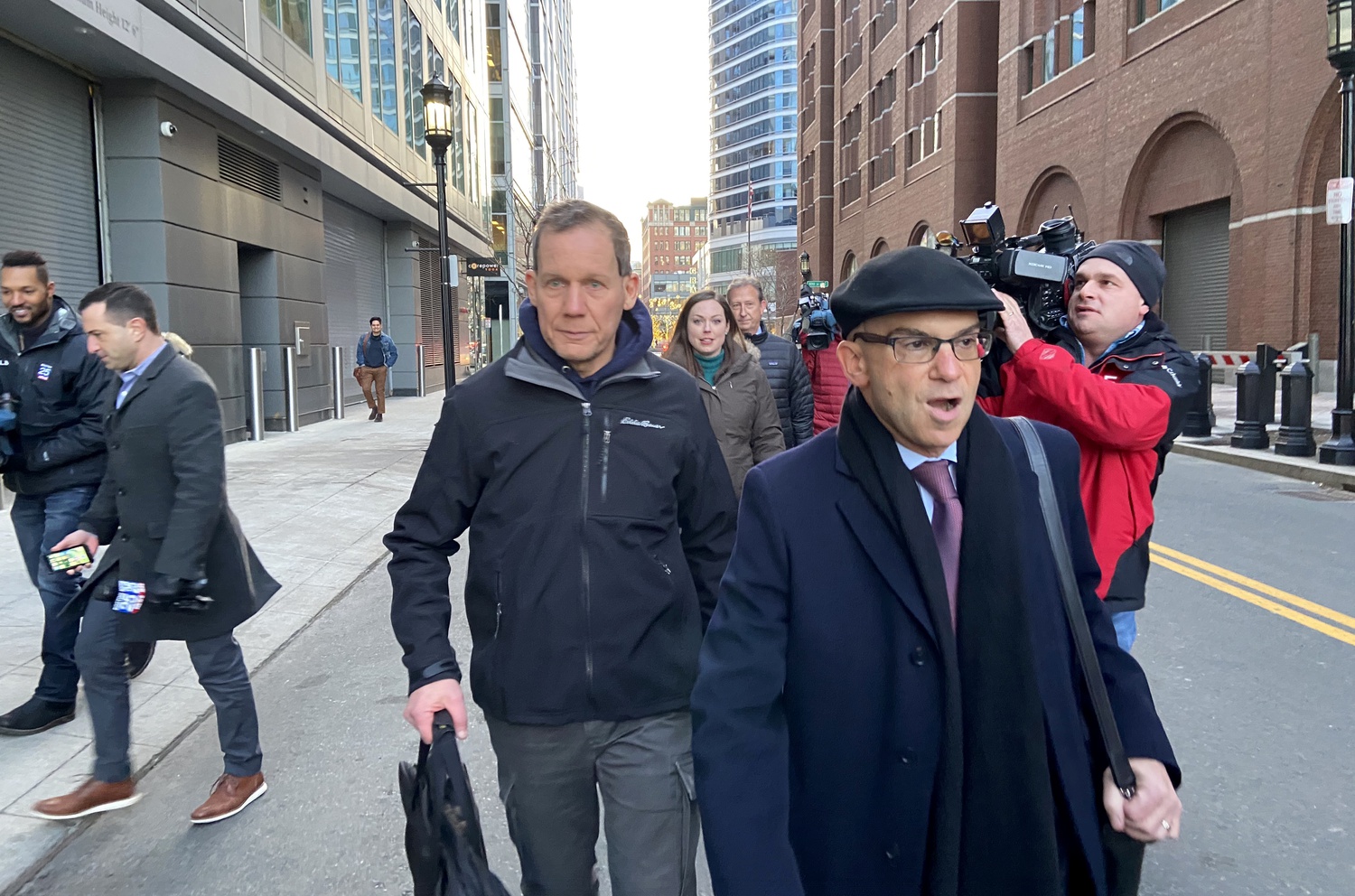 Former Harvard Chemistry chair Charles M. Lieber will fight six felony charges brought against him by federal authorities, including that he lied to federal investigators about funding he received from the Chinese government. By Camille G. Caldera
By Meera S. Nair and Andy Z. Wang, Crimson Staff Writers

Former Harvard Chemistry chair Charles M. Lieber is set to go to trial on federal charges after his attorney eliminated the possibility of a plea in a Friday status conference.

“At this time, Your Honor, there is no possibility of a plea and there will be a trial,” Marc L. Mukasey, Lieber’s counsel, told Magistrate Judge Marianne B. Bowler of the U.S. District Court of Massachusetts.

Last June, a federal grand jury indicted Lieber — who serves as a University Professor, Harvard’s highest academic honor — on charges that he lied to federal investigators who were examining funding he had received from the Chinese government. He was also indicted on four tax offenses the following month.

Lieber, who pleaded not guilty on all of the charges, has maintained his innocence throughout the proceedings. A federal charge for making false statements allows for a sentence of up to five years in prison, three years of supervised release, and a $250,000 fine.

Lieber received backing from an influential group of academics Monday. In a public letter, 41 professors from several American universities — including seven Nobel laureates — questioned the federal government’s prosecution of Lieber, describing the case as “unjust.”

“In the name of combatting economic espionage, the Department of Justice has increasingly scrutinized members of the academic community,” the letter reads.

The scientists wrote that prosecutions like the one against Lieber have had a “chilling effect” on international scientific collaboration.

“Despite his standing in the scientific community — or perhaps because of it — he has become the target of a tragically misguided government campaign that is discouraging U.S. scientists from collaborating with peers in other countries, particularly China,” the letter reads.

“In so doing, it is threatening not only the United States’ position as a world leader in academic research, but science itself,” the scientists added.

The scientists also criticized Harvard for failing to indemnify and support Lieber in his legal proceedings. Harvard's stance contrasts MIT’s decision to come to the defense of MIT mechanical engineering professor Gang Chen, who was arrested earlier this year for allegedly failing to disclose his financial ties to China when applying for a grant from the U.S. Department of Energy.

Separate from his criminal trial, Lieber is pursuing a civil suit against Harvard, alleging the University violated its indemnification clause for professors by refusing to reimburse his criminal defense fees.

University spokesperson Jonathan L. Swain declined to comment on the scientists’ letter and Lieber’s plans to take the case to trial. Harvard placed Lieber on paid administrative leave the day he was arrested in January 2020. University officials have previously argued that Lieber’s conduct — which they say led Harvard to submit false statements to the government — falls within exclusions in the indemnification policy for faculty “determined not to have acted in good faith.”

Corey, one of the authors of Monday’s letter, wrote in an emailed statement that global collaboration — including through publications and meetings — is necessary to advance scientific progress.

“How ironic that the USA has emerged as a critic of harmonious academic collaboration that benefits the whole world,” Corey wrote.

School of Engineering and Applied Sciences professor Evelyn L. Hu — who signed the letter — said she has found “a lot of things that are a little bit disturbing” about the Lieber case, though she declined to cite specific examples.

The letter concludes by calling on the Department of Justice to cease prosecution in Lieber’s case to protect “the entire global scientific community.”

“While the damage that the federal government’s case has done to [Lieber] cannot be reversed, the Department of Justice should prevent further harm to him and the scientific process by declining prosecution of his case and others like it,” the scientists wrote.

A representative for the U.S. District Attorney for Massachusetts declined to comment, citing the pending case.