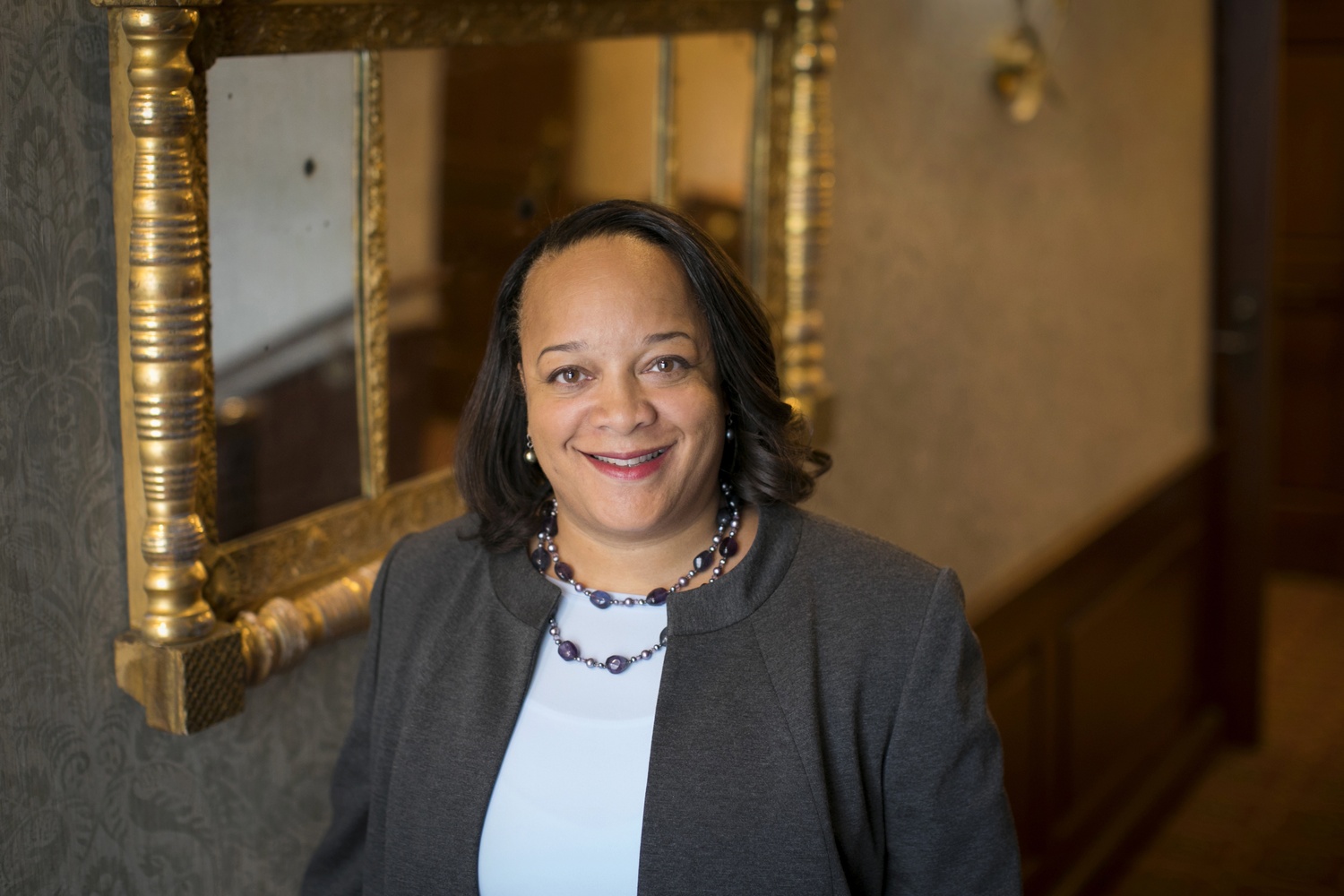 Harvard Graduate School of Education will resume accepting applicants to its doctoral program after canceling the admissions cycle for fall 2021 due to financial hardship and limited faculty capacity, the school's dean said in an interview. By Courtesy of Harvard Public Affairs and Communications
By Omar Abdel Haq, Crimson Staff Writer

The Harvard Graduate School of Education is “prioritizing” reopening its campus in the fall and plans to resume accepting applications to its doctoral program, HGSE Dean Bridget Terry Long said in an interview Monday.

Long said HGSE is dedicated to holding in-person instruction in the fall, though the school has not yet set an official date for the campus reopening.

“I can’t make guarantees — again, based on public health — that it will be absolutely September 1, but that’s what we’re moving towards,” she said regarding the reopening date.

The school will continue to offer online classes because it enrolled a cohort of part-time students last summer, many of whom work full-time and would not be able to travel to campus when it reopens, Long said.

“We are also carrying with us part-time students who started this year who are going to finish online next year, so we’re also going to have a robust online community while we are still focused on being back on campus,” Long said.

Long also said she believes those students benefited from the opportunity to enroll in HGSE without ever setting foot on Harvard's campus.

“It is certainly the case that for our mid-career, older students who are job-embedded, this online remote teaching is working very well for them. It allows them to apply what they’re learning in the classroom immediately to problems of practice that they’re seeing in the field,” she said.

HGSE's relationship with mid-career students has been a symbiotic one, Long added.

After identifying benefits that the remote, part-time cohort brought to HGSE, Long said the administration is examining the possibility of continuing to admit part-time students to a separate online degree program. Last year’s summer admissions cycle will be a one-time occurrence, though.

“We’re investigating now whether or not we will continue to have an online degree, but we’re not planning on having a summer admissions process,” Long said.

On the other hand, Long announced that doctoral program admissions would resume after a one-year hiatus.

“The admissions pause was only for one year. It was helpful to really be able to focus on supporting our current doctoral students both in the Ph.D. and Ed.L.D., but we’re on target and excited about reopening admissions this year,” Long said.

The decision to pause admissions occurred as a result of both financial strain and limited faculty capacity, according to Long.

“It was partly concerned about finances, but an even greater concern was about the need to support our current students,” she said, adding that the school wanted to ensure its faculty had the capacity to deliver a “high-quality, highly supportive program” to current students.

With the change, HGSE has now redesigned each of its main degree tracks during the last decade. Because the Master’s program is the school’s largest, Long said the recent structural change has the potential to redefine the way education is taught.

“Typically, what happens in higher education, and any college or university, is we organize ourselves around our disciplines,” Long explained. “We flipped it on its head and said, ‘Well, no. How does the field organize itself?’ And we’ve put together our programs, really matching how educators proceed through their careers.”

That latest effort is expected to be the last large shift at the institution for the time being, as HGSE redesigned its Ed.L.D. and Ph.D. programs several years ago, Long said.

With these changes in place and the current academic year coming to a close, Long reflected on the difficulties the Covid-19 pandemic has posed.

“In the early weeks, we just had no idea what was going to happen. I remember when we thought this was only going to be two weeks,” she said.

— Staff writer Omar Abdel Haq can be reached at omar.abdelhaq@thecrimson.com.