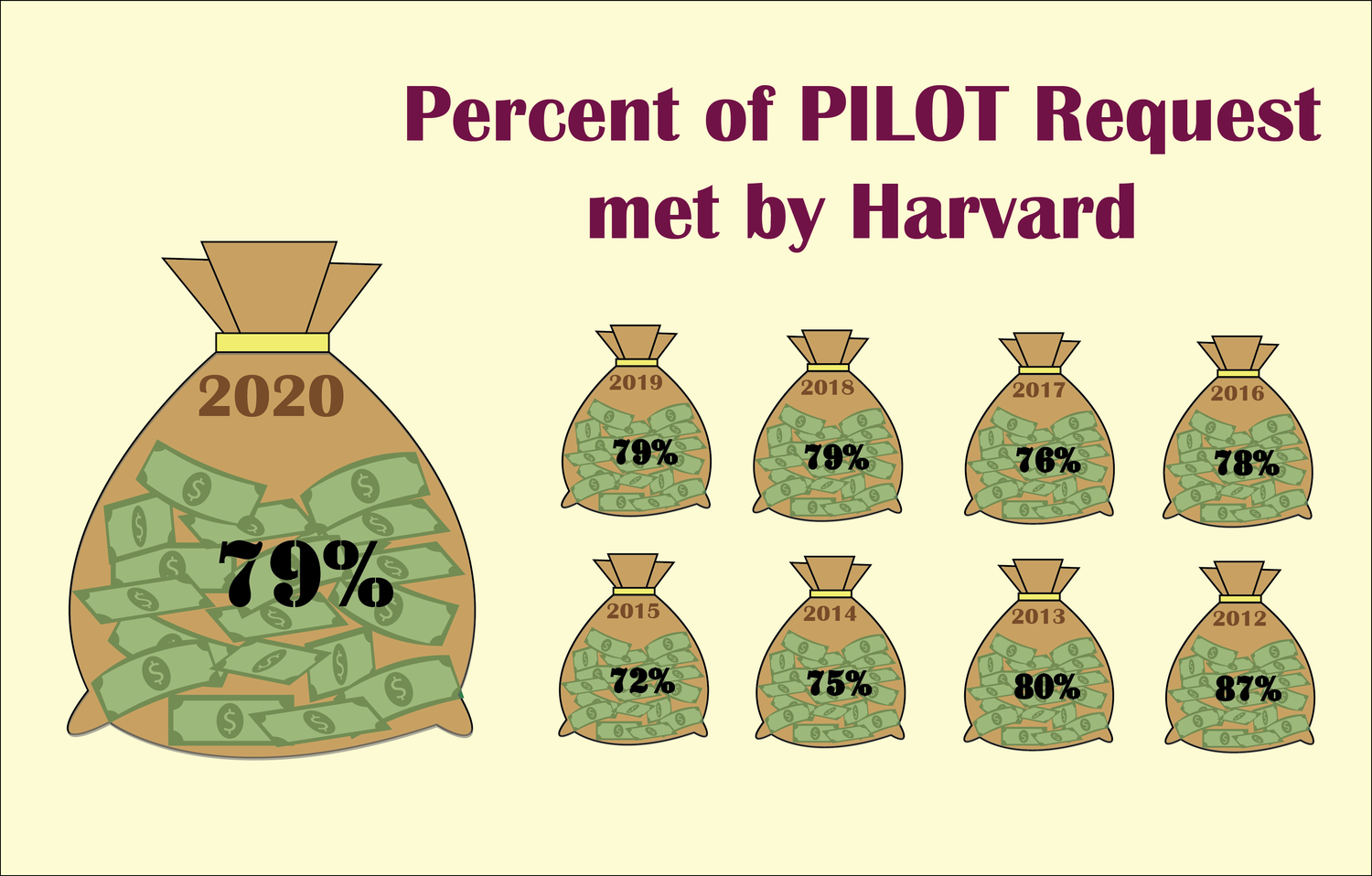 A statewide organization hosted a town hall on Thursday in support of two bills in the Massachusetts House to reform Payment in Lieu of Taxes programs.

Inspired by Boston’s current program, H. 3080 would create a local option for municipalities to adopt and enforce PILOT payments in which privately held non-profits with more than $15 million in land — such as Harvard — would be required to contribute 25 percent of the property taxes they are currently exempt from.

The bill, which has already accumulated 14 co-sponsors, has been referred to the Joint Committee on Revenue.

Though cities like Boston and Cambridge already have PILOT programs in place, they lack the mechanisms to enforce them. Harvard, for example, has failed to meet its payments for nine consecutive years, paying only 79 percent of Boston’s $13 million request last year. H. 3080 would allow Boston and Cambridge to make these payments mandatory.

State Rep. Erika Uyterhoeven said at the town hall that making these payments mandatory would ease the tax burden on homeowners, especially in light of the economic strain brought on by Covid-19.

“A lot of our residents as well as small businesses are subsidizing these very large institutions,” Uyterhoeven said. “This is something that will materially impact our municipal budgets and how we're able to have equitable budgets and equitable recovery.”

Uyterhoeven said revenue from PILOT is used to support crucial city services, such as snow removal, sewage, and emergency services.

H.D. 2068, the “sister bill” to 3080, would require municipalities to conduct assessments every five years on the amount of revenue lost on tax-exempt property valued at over $1 million, such as that covered by PILOT agreements.

“Just trying to get some of those assessments to happen regularly can be really difficult,” State Rep. Maria D. Robinson, the bill’s sponsor, said. “Frankly, when I asked for this information for the last time it was done from the Department of Revenue, they did not have it in electronic form because it was so long ago, and it only came in paper form.”

“This is something that's desperately needed if we're going to take this fight on,” she added. 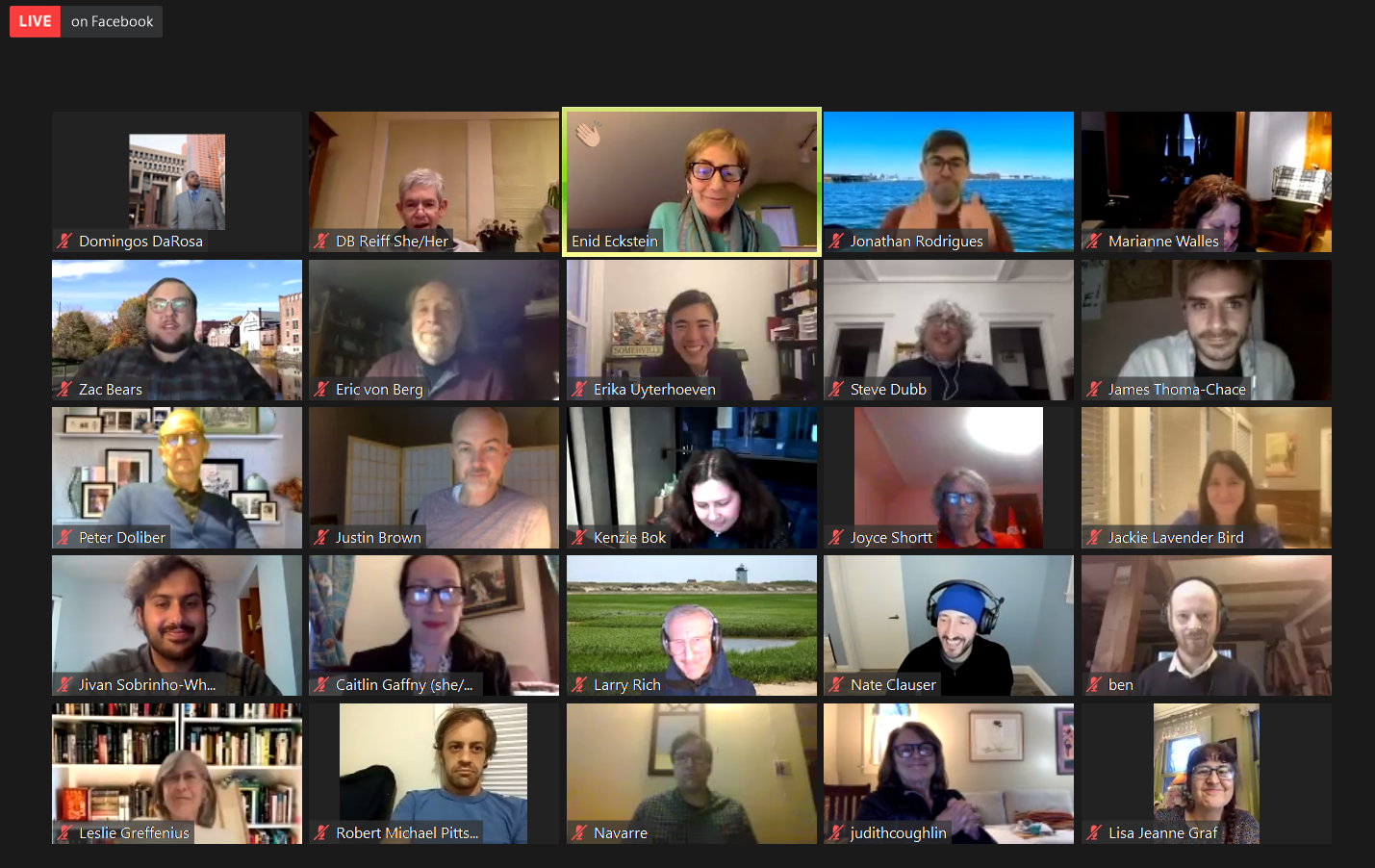 Local activists and elected officials are attempting to reform the state's Payment in Lieu of Taxes programs. By Brandon L. Kingdollar

In an interview following the event, Enid Eckstein, an organizer for Massachusetts Action for PILOT and one of the town hall’s moderators, described both bills as a “collaborative effort” between the Representatives, local groups, and the statewide organization.

Eckstein said one of the organization’s most important milestones, spearheaded by Boston City Councilor Kenzie Bok, was convincing the City of Boston to commit to revaluation of PILOT property estimates. The current estimates are still based on valuations taken during 2009, at the height of the Great Recession.

“Property values were very deflated,” Eckstein said. “Everybody knows property in Boston is quite valuable at this point, so we really pushed hard on revaluation, and that was agreed to this summer.”

According to Eckstein, the organization also hopes to redefine PILOT’s community benefits clause through “the lens of racial justice.” This clause currently allows participants to contribute 50 percent of requested payments through services provided to residents.

“Real community benefits are not something that are kind of dreamed up in a university committee's office,” Bok said during the town hall. “They're about results for the most critical issues that our community faces.”

“As a nonprofit, Harvard engages with both Boston and Cambridge in a variety of important ways, including participating in both cities’ PILOT programs, paying municipal taxes on the University’s non-exempt property, as well as through meaningful, and — increasingly more critical — community programs, initiatives and outreach,” O’Rourke wrote.

Bok said that while significant improvements are still needed so that PILOT can meet the needs of cities like Boston, she is optimistic.

“To me, the most promising thing is that in COVID, we've seen the universities work collaboratively with the city to address real metrics,” Bok said. “I think that if we treat the racial and economic injustice crises in our city the way that we've treated COVID and kind of learn from that moment, we have a real opportunity.”