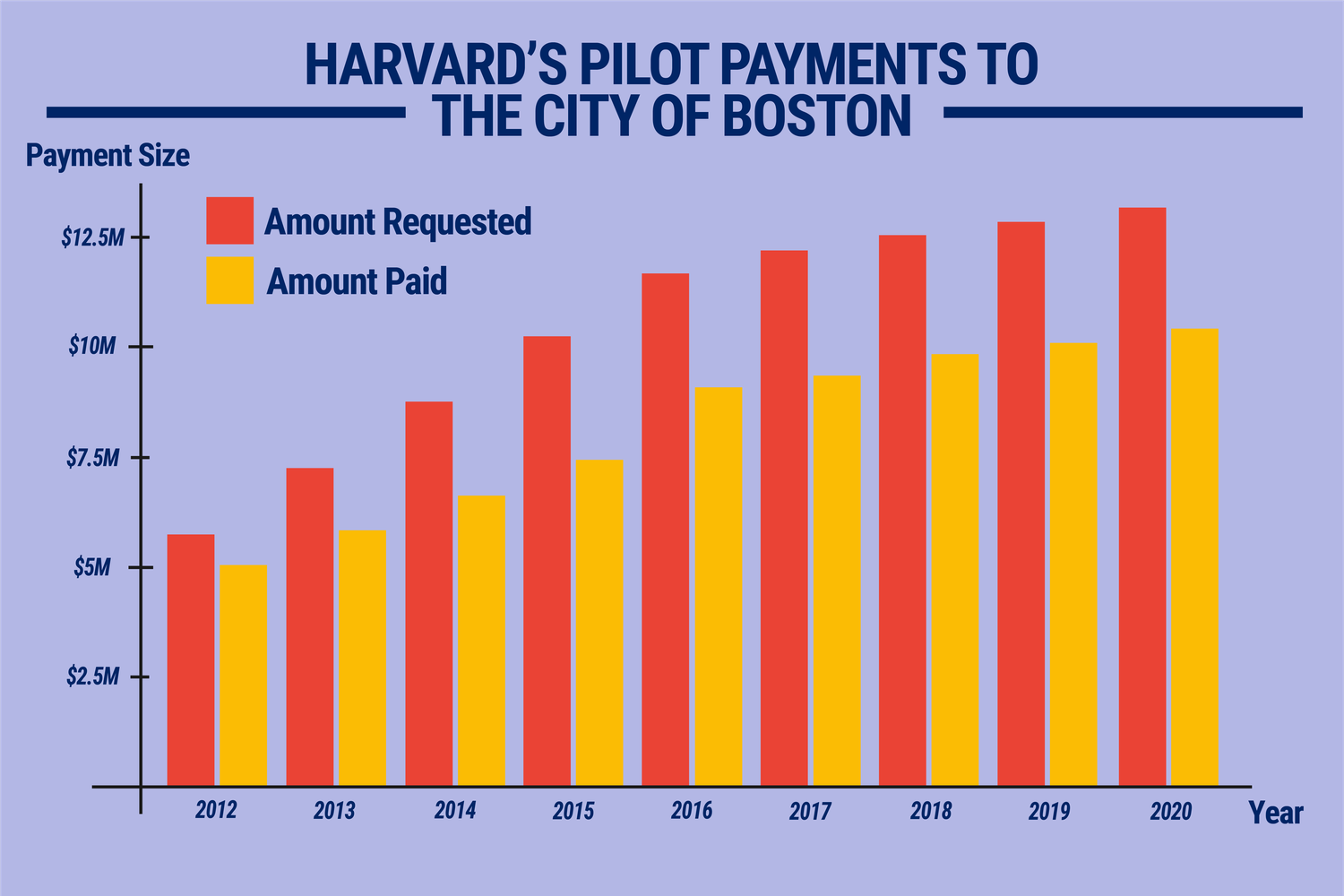 The Massachusetts House is considering a bill that would make the previously optional payments which supplanted city property taxes for nonprofits such as Harvard mandatory.

The proposal affects nonprofits with total property valued at over $15 million and would require them to pay 25 percent of the property taxes they would owe as a commercial entity, pending approval at the local level.

The bill, H.D. 3207, mirrors Boston’s optional Payment in Lieu of Taxes program, which comes as part of a broader movement to reform PILOT and similar programs as payments by institutions regularly fall short of their requested totals. Harvard, for example, has failed to meet requests for the past nine consecutive years, contributing only 79 percent of Boston's $13 million ask in 2020.

State Rep. Erika Uyterhoeven submitted the bill and has currently accumulated five co-sponsors, including Rep. Michael L. Connolly and Sen. Patricia D. Jehlen, both of whom represent portions of Cambridge.

Uyterhoeven said the bill is intended to ensure that “large endowment” institutions such as Harvard are legally bound to pay their “fair share” in a way that they are not currently under PILOT.

“Unfortunately, Harvard has failed to pay their obligations, and this bill is attempting to address that problem,” Uyterhoeven said. “This is an attempt to say, 'Look, let's just then make it law, rather than having these agreements between municipalities and various nonprofit institutions.'”

She added it was critical for these payments to be made now, with an affordable housing crisis facing Boston — a crisis she said cannot be solved by just raising taxes on residents.

“The burden has been, particularly in Boston, increasing on residents who are struggling to stay in their homes, particularly through this Covid pandemic,” Uyterhoeven said. “We really want to encourage institutions to step up and take seriously, right, what does it mean to be part of our community and part of supporting our community and its residents?”

In addition to payments on property valued at roughly $1.5 billion in Boston, Harvard also makes PILOT payments to the city of Cambridge — payments which Councilor Jivan G. Sobrinho-Wheeler wrote in an email must go further to address poverty in the city.

"Harvard benefits from the welcoming and diverse community that is Cambridge in so many ways – from our parks to our roads and infrastructure to our community services,” Sobrinho-Wheeler wrote. “With its $40 billion endowment, the university needs to be contributing to the City for the sake of its own community members and to help advance equity for all our residents."

University spokesperson Brigid O’Rourke pushed back on claims that Harvard is not contributing enough to the cities of Boston and Cambridge. She wrote in an email that Harvard benefits the city through both PILOT payments and municipal taxes on non-exempt property, as well as providing “programs, initiatives and outreach” to local residents.

“These local benefits are an important extension of Harvard’s mission, serve thousands of local residents every year, and reflect years of collaboration between the University, its neighbors, and city partners,” O’Rourke added.

Boston’s PILOT program allows participants to contribute 50 percent of requested payments in the form of “community benefits.” Though Harvard’s benefits under this provision were valued at $6.5 million in 2020, the University still fell short of its requested total cash contribution. The House bill would leave this provision intact, allowing municipalities to determine the criteria for these benefits.

Sobrinho-Wheeler said that such benefits needed to be more strictly defined for PILOT to properly meet the needs of Cambridge’s citizens.

“The definition of community benefits, which universities can offer in lieu of a financial contribution, is too nebulous,” he wrote. “There has been a lot of work on PILOTs in Boston in the past decade that I think Cambridge can learn from and go beyond.”

“We have two of the wealthiest universities in the world in Cambridge alongside residents experiencing poverty and joblessness in our city – Cambridge should be the leader on this issue that other cities turn to,” he added.