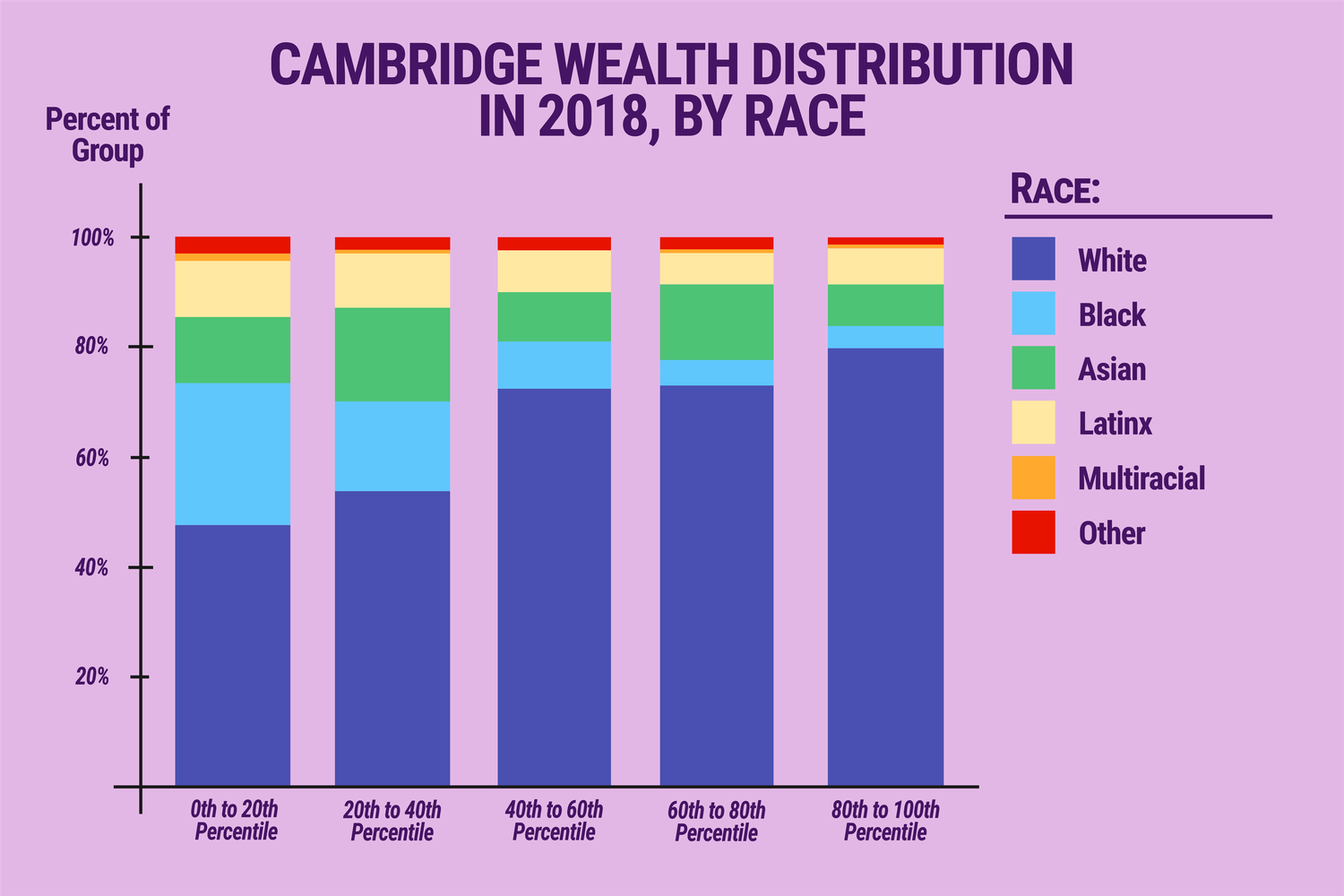 As Cambridge’s innovation sector experiences rapid growth, a stark income gap has deepened for the city’s most vulnerable residents, according to a new report released earlier this month by the Cambridge Community Foundation.

The April 7 report compares Cambridge to 24 other “innovation cities,” such as San Francisco and Seattle, whose economies are primarily driven by the high-tech, biotech, engineering, and life sciences industries. While Cambridge leads the cities studied in a bevy of economic categories — including income growth, educational attainment, and innovation economy employment — the city also suffers from some of the starkest inequities, particularly among Black households. These inequities were exacerbated by the Covid-19 pandemic.

“As this comparison makes clear, Cambridge today has taken its place among the nation’s innovation cities,” the report reads. “Beyond the statistics lies a loss of community cohesiveness, stability, and continuity as long-term populations are displaced by rising costs.”

Despite having the fourth-highest median household income among cities studied in the report — roughly $95,400 — Cambridge has the seventh-largest gap in household income. Comparing the highest and lowest quintiles, the wealthiest households earn an average of 25 times as much as the least wealthy households.

Cambridge Community Foundation President Geeta K. Pradhan, who directed the project, said in an interview that the foundation had been working on the report for three years, primarily focusing on gentrification, when the pandemic hit.

“The people who are hurting the most in a boom are also the people who are going to hurt the most when things are not going so well,” Pradhan said. “The report lifts up those inequities and raises concerns about what is happening in Cambridge.”

Cambridge Mayor Sumbul Siddiqui said in a conversation among local experts held the day of the report’s release — the first of several held by the foundation — that the city must ensure its economic growth benefits all residents.

“We must ensure that this growth and innovation does not further deepen the inequities that exist in Cambridge,” Siddiqui said. “We take this responsibility very seriously and have already begun the work across sectors to address the injustices the Equity and Innovation Report brings to light.”

Pradhan said the foundation plans to create a “civic agenda” for Cambridge to work toward greater equity following the report’s release, and will develop “robust partnerships” with local leaders and institutions.

“We are not beholden to anyone, we are independent,” Pradhan said. “We can bring together people from different sectors: from the innovation economy, from the community, from institutions, from government. We can bring people together to have this conversation about what should we be doing about these things.”

Concluding with a “call to action,” the report urges stakeholders in all of the city’s sectors to work together toward a more equitable Cambridge.

“As a community foundation, we see a Cambridge that is generous, concerned, and resourceful,” the report concludes. “We are relying on those altruistic impulses to guide us through the coming years to a more equitable future for all Cantabrigians.”