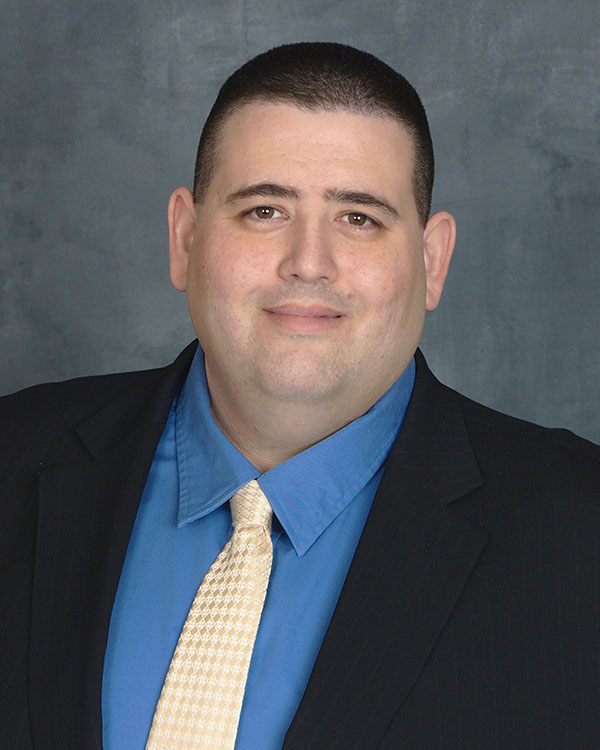 Kevin F. Jura will serve as the next president of the Harvard Extension Student Association for the 2021-2022 term. By Courtesy Photo
By Ashley R. Ferreira, Crimson Staff Writer

Kevin F. Jura will serve as the next president of the Harvard Extension Student Association for the 2021-2022 term after defeating opponent Antjaun Finch in a runoff election.

Results were announced Monday on HESA’s election website after an additional week of voting to conclude the runoff election between the two candidates. Jura joins new HESA Vice President Vivian Okonta, who was elected last Monday after running unopposed.

This year’s election for HESA president was mired in controversy for the second year in a row. Just weeks before the elections were set to begin, new eligibility requirements were implemented, disqualifying at least one potential candidate from running for the position of president.

Kenneth “Ken” Downey, Jr., the outgoing HESA director of communications, told The Crimson last week that the Extension School’s Dean of Students Office was responsible for the changes, though Division of Continuing Education spokesperson Harry J. Pierre has repeatedly denied the DSO was involved.

As president, Jura said he aims to build unity among HES students and ensure transparency from HESA, especially in the election process.

“There’s no transparency in the election process,” Jura said. “There’s confusion on who’s actually making the decisions, whether it’s the DSO or certain members of HESA — everyone wants to say it’s the other person.”

“There’s no way of knowing, what is truthful, what isn’t. So that’s probably going to be my biggest challenge, trying to break HESA out from underneath the thumb of DSO,” he added.

The election changes imposed restrictions on the types of students eligible to campaign for office — barring ALB admitted degree candidates from consideration for the presidency and requiring candidates to have completed at least two full terms in their degree program. The restriction on ALB candidates was lifted, but the two-full term requirement remained.

Jura, an ALM degree candidate, nearly failed to meet the two-term requirement after completing his bachelor’s in the fall and starting his master’s program in January. Though he technically did not complete two full terms in his program of study as an admitted ALM degree candidate, he was granted permission to run after communicating with Mark A. Addison, a student affairs case manager in the Dean of Students Office who also serves as HESA advisor.

“There was no communication from either DSO or HESA. It was extremely frustrating, because there are friends, friends of mine that would have made great officers and great directors, but they were banned, and I had to get special permission even to run,” Jura said.

It remains unclear who enacted these changes, though HESA’s election website notes that the Election Committee “developed, reviewed, and agreed upon” the eligibility criteria, with Addison being listed as the contact for the committee.

Downey Jr. said the Dean of Students Office was responsible for the changes and referred to statements made by Addison during a virtual “Meet the Board” event posted on HESA’s Facebook page on April 14.

“HESA does not oversee any of the elections,” Addison said during the event. “They [HESA] don’t make any decisions with regards to elections.”

Despite being pointed to Addison’s comments, Pierre maintained that HESA elections are managed by HESA and denied involvement from the DSO, referencing a previous statement to The Crimson.

“HESA student elections are managed and conducted by students for students,” Pierre wrote in the previous statement. “This student-managed process is set up so that elections can be conducted in a transparent, fair and open manner.”

“That information that Mr. Pierre provided was false,” Downey said. “The HESA board, and all of its members, we had absolutely no say in the changes to the election.”

Finch also expressed frustrations with the election process after he was asked to alter his campaign statement to comply with a rule prohibiting students from campaigning on initiatives already being pursued by the DCE.

Finch initially campaigned for the removal of “in Extension Studies” from degree names — a change that students have pushed for for years. He dropped the matter from his campaign after being told by Addison that things are “‘already in motion.’”

“That’s another one of their vague rules, which is sort of [an] ongoing problem here,” Finch said. “I was told that I couldn’t even say anything about changing the name of the school, or trying to get that done because that’s a thing that they’re working on. I’m not sure that anyone but them, anyone but the administration was aware of that.”

Regardless of the controversy during the election process, Jura said he remains committed to working towards the goals and objectives expressed in his campaign video and plans to foster inclusivity.

“I want to work with everyone, and I want to congratulate both my opponents for running a hard, well-fought race,” Jura said.