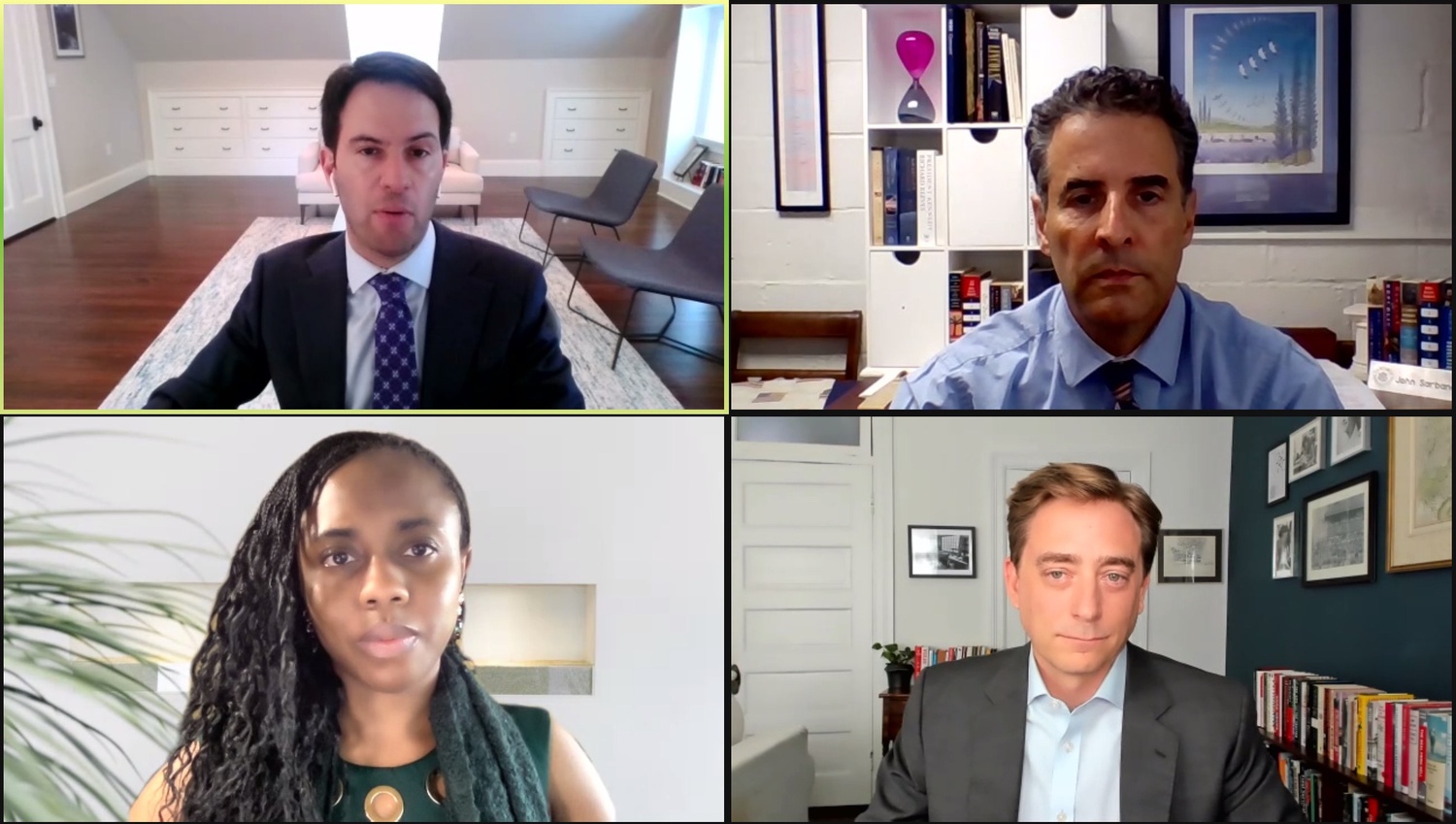 Experts in policy-making, journalism, and political organizing convened to discuss the challenges facing American democracy, such as voter restriction and political representation, at a virtual event at Harvard Law School on Monday.

The session was the first of six speaker series hosted by the HLS Election Law Clinic, a newly-established clinic, during which speakers posed broad questions about the future of American politics and governance.

The online conversation, which was moderated by Harvard Law School professor Nicholas O. “Nick” Stephanopoulos, contrasted the Law School’s focus on voter engagement with the deepening crisis of American democracy.

“There’s more election litigation than ever before in American history,” he added.

Representative John Peter S. Sarbanes (D-Md.), chair of the House of Representatives Democracy and Reform Task Force and a principal author of campaign finance reform legislation, said that if passed, H.R. 1, the For the People Act, would reorient the country during a moment of political mistrust and frustration.

“We will have done something transformative that can really position the country again to embrace our democratic ideals and begin to chip away at that deep cynicism, which we’ve seen building up over the last few years,” Sarbanes said.

Sarbanes added that H.R. 1 and the John Lewis Voting Rights Advancement Act are the “two key ingredients” to ensure ordinary Americans feel represented in their democracy.

Esosa Osa, the research and policy director of Fair Fight Action — a national organization dedicated to protecting and expanding voting rights — said that following the Capitol Hill insurrection on Jan. 6, there was an influx of legislative efforts to undermine voter representation.

“It was a non-stop onslaught, eventually culminating in the passage of S.B. 202 and multiple local bills that were going to have a tremendous and profound effect on elections moving forward in Georgia,” Osa said.

In addition to oppressive voting laws, Osa argued that the consistent, widespread intimidation and harassment of individuals involved in helping to register and count votes has created a scenario in which democracy was “truly in peril.”

“You end up in a situation where we have counties being taken over in Georgia where one third of election workers are considering resigning across the country because of the number of threats that they are facing just trying to do a really fundamental, democratic job,” she said.

Evan L. R. Osnos ’98, a staff writer for The New Yorker, argued that though there are historical parallels to today’s political crisis, particularly in the transition between the Gilded Age and the Progressive Era, our current political situation presents a uniquely dangerous combination of disinformation and cynicism in government.

Anti-democratic strategies developed to substitute the “public will with the power of money,” such as voter suppression tactics have become increasingly effective due to technological leaps made in the past decade, according to Osnos.

“Those tools are, in fact, modern tools,” Osnos argued. “We have to recognize, in some sense, that they are different from some of their predecessors — they are distinctly modern technologies. It’s worth acknowledging that, because that means that the degree of our response and the tools of our response should be different too.”