‘We Are a Complete Outlier’: HBS Moves Some Classes Online Amid Covid-19 Outbreak 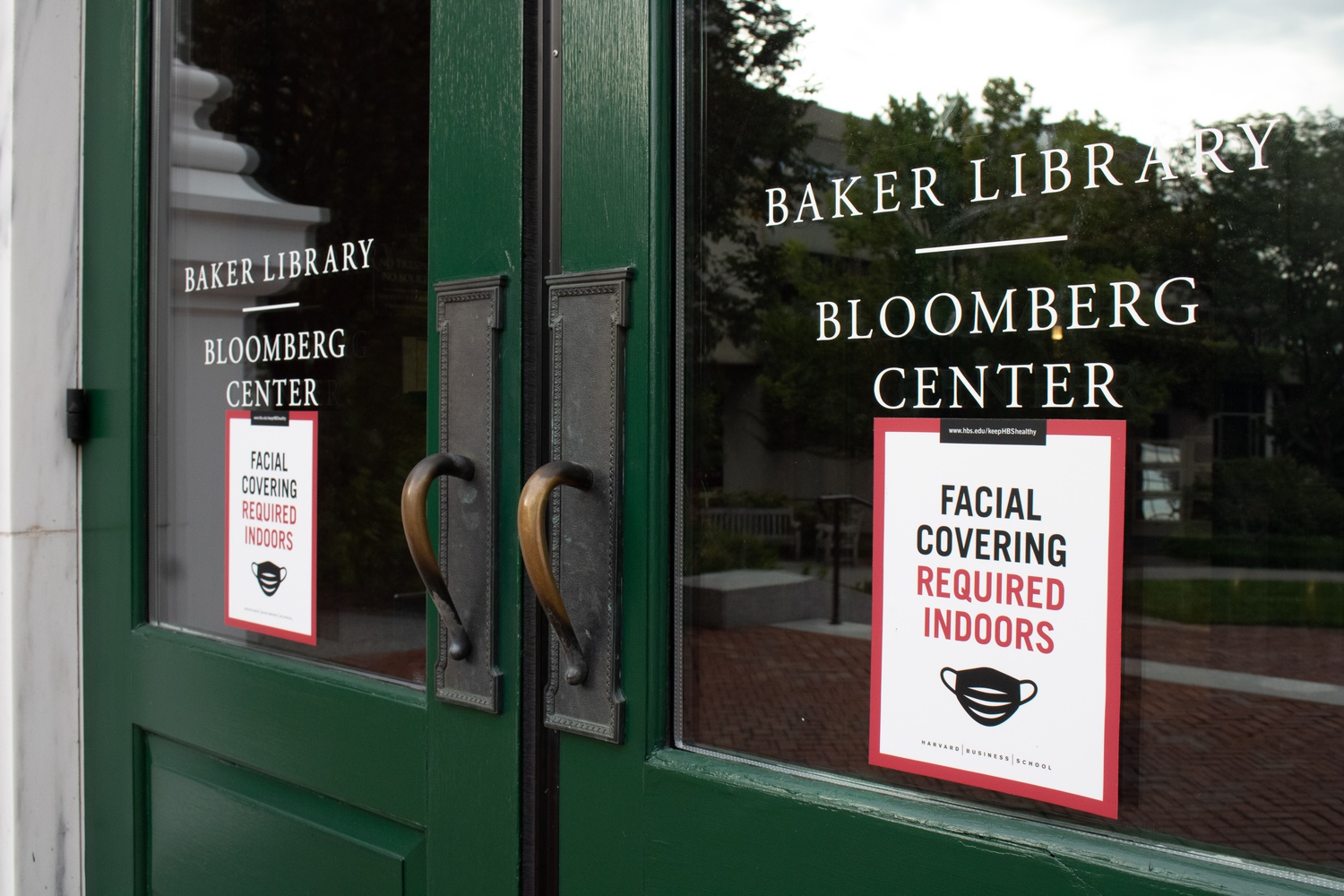 The Business School shifted some classes online this week after experiencing a coronavirus outbreak among its students. By Pei Chao Zhuo
By Claire H. Guo and Christine Mui, Crimson Staff Writers

Harvard Business School moved classes for all first-year and some second-year MBA students online for a week beginning Monday, following a spike in Covid-19 cases the school attributed to off-campus social gatherings.

In an email to all MBA students on Thursday, four HBS administrators wrote that the school has counted 121 cases among MBA students since July 1, with close to 60 students in isolation that day. First-year students made up roughly 75 percent of those positive cases.

“We are a complete outlier among Harvard schools in our numbers. MBA students comprise roughly 9% of the student population at the University, but have accounted for more than two-thirds of total student cases in September. Our positivity rate is 12 times that of the rest of Harvard,” wrote HBS Dean Srikant M. Datar, Executive Dean for Administration Angela Q. Crispi, Executive Director of the MBA and Doctoral Programs Jana P. Kierstead, and Senior Associate Dean Jan W. Rivkin.

The University’s Covid-19 dashboard shows that over the past seven days, 60 of the 74 positive reported cases have been graduate students.

“These distressing figures are so high that they have attracted the scrutiny of local public health officials. Our community can and must do better,” the email continued, urging students to halt all unmasked, indoor social activities.

On Sunday, the same four administrators sent an email to all MBA students announcing that all required curriculum students — which consist of first- and second-year MBA students — and one section of elective curriculum students — which consists of second-year students — would be shifted to remote classes from Sept. 27 to Oct. 3. They also wrote that HBS students are now expected to test three times a week, mirroring the increased testing requirement for affiliates living in undergraduate housing announced earlier this month.

“None of us expected or wanted to take this step,” they wrote. “But if we make the step well, we hope to get back on track in a week.”

They added that the total MBA student cases this semester have jumped 20 percent in “just the three days” since their Thursday email. By shifting to remote learning for a week, they said they hope to stop further transmission until they can identify and isolate all cases, at which point the school will transition back to in-person activities “with a clean slate.”

The administrators noted in their email that the Business School is experiencing far more Covid cases than other Harvard schools.

“There is something about the way we at HBS interact that makes our MBA community susceptible to the Delta variant,” they wrote. “This seems unique to HBS; we have a far higher rate of infection than other Harvard schools.”

In an emailed statement Monday, HBS spokesperson Brian Kenny wrote that the school made the decision to temporarily shift to remote learning “with the support of Harvard University leaders, advised by city and state public health officials.”

He added that contact tracers have determined that the virus is not spreading in classrooms or among masked individuals.

In Thursday’s email, the HBS administrators blamed the rising cases on “numerous unmasked, indoor activities — everything from sharing an Airbnb for the weekend, to dinner gatherings in an apartment, to larger parties.”

Case numbers first began to rise in one section of required curriculum MBA students. While cases among that section have since dropped, HBS soon after saw another spike emerge in a second section, according to the email.

“We sincerely believe that every student group is one event away from an outbreak cluster like those we’ve begun to see,” the school leaders wrote Thursday.

The next day, Dana Pratt, director for community standards and administration, shared in an email to members of Section G that it had “multiple active COVID cases.”

“Because of your current cases count, we need your section to be extremely vigilant — always wearing masks indoors — and test every other day for the next week,” she warned.

In the spring semester, when HBS was one of Harvard’s only schools conducting limited in-person instruction, it also experienced a surge in cases, moving into the state’s “red zone” with 18 cases in a week.