Kim M. Janey, who served as acting mayor of Boston for eight months last year before losing a bid for a full term, will headline the Harvard Institute of Politics’ class of Spring 2022 resident fellows.

Janey’s selection, announced by the IOP Wednesday morning, comes four months after she lost in the preliminary election of last fall’s Boston mayoral race. Her stint at Harvard this spring will be her first endeavor since leaving City Hall.

IOP Director Mark D. Gearan ’78 said he was pleased to be welcoming fellows from different parts of the political world at “a critical time for our country and our democracy.” 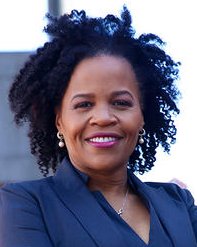 Kim Janey served as acting mayor of Boston for eight months. By Courtesy of the Harvard Institute of Politics

“Their expertise in local and federal policymaking, campaigns, civic engagement, global affairs and journalism will help our students imagine their pathways forward and inspire them to lead lives of consequence,” Gearan said.

Study groups with the resident fellows are set to begin the week of Feb. 14.

Janey ascended to become acting mayor of Boston in March after Martin J. Walsh resigned to serve as U.S. Labor secretary, making her the city’s first woman and first Black person to hold the office.

Janey failed to advance past the preliminary round of last fall’s Boston mayoral election, finishing in fourth place behind the eventual winner, Michelle Wu ’07, along with Boston City Councilors Annissa Essaibi George and Andrea J. Campbell. Janey endorsed Wu in the general election.

Janey faced a slew of controversies during her short stint as mayor. In addition to steering the city through Covid-19, she fired the city’s police commissioner in June and faced criticism in October for ordering the removal of homeless encampments near Massachusetts Avenue and Melnea Cass Boulevard.

“I had the honor of leading my city during a time of unprecedented challenges,” she said in a statement. “I am excited to join the Harvard community in discussions on how we move US cities forward as we tackle the twin pandemic of COVID and systemic racism.”

Alexa C. Jordan ’22 and Jessica A. Alexander ’24, co-chairs of the fellows and study groups program at the IOP, highlighted the variety of political views represented in the fellows.

“This semester, we are pleased to welcome a Fellows cohort of diverse ideology and experience to engage with students in discussions about the ever-changing meanings of politics, public service, activism, and advocacy today,” they wrote.

Students have criticized the IOP in the past for providing insufficient conversative programming. It formed a Conservative Coalition in March 2021 in response to the concerns.

Buck, a longtime Republican political operative, served as a close aide to former Speakers of the House John Boehner and Paul Ryan.

Chen, executive director of the nonpartisan APIAVote, said she hopes to continue her work to increase civic participation of the Asian American and Pacific Islander communities.

“As the AAPI population in the US continues to grow, get elected and appointed to more leadership roles to govern our country, it is critical that we are included and represented in influential forums such as this,” Chen wrote in a statement.