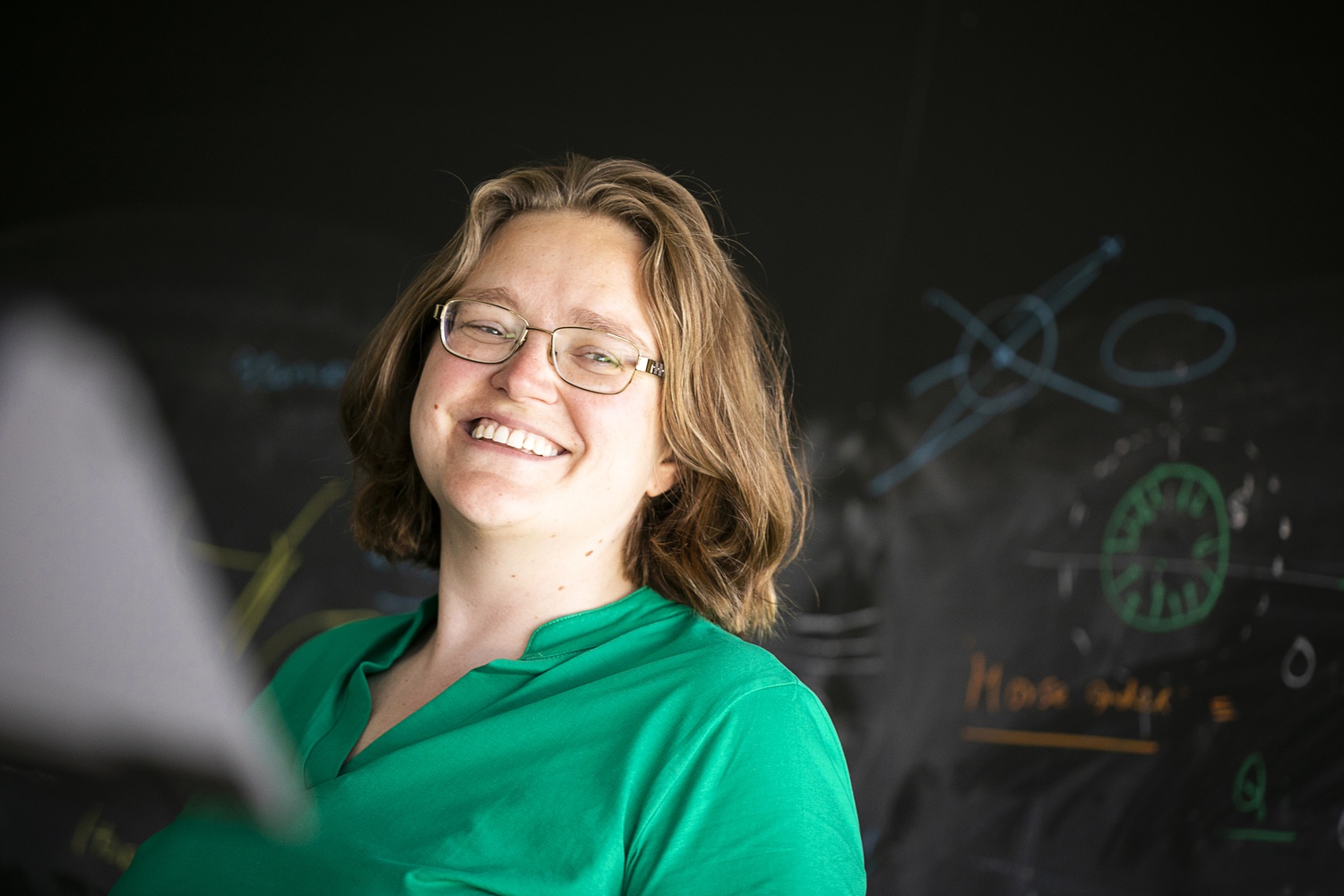 Harvard Mathematics professor Melanie Matchett Wood was named one of 25 recipients of the MacArthur Fellowship on Wednesday for her work in “addressing the foundational questions in number theory from the perspective of arithmetic statistics.”

Wood joined Harvard’s Math Department in 2020 and is the sole Harvard faculty member among this year’s MacArthur recipients. Known as the “genius grant,” the prize is an “$800,000, no-strings-attached award to extraordinarily talented and creative individuals as an investment in their potential,” according to the MacArthur Fellowship Foundation website.

“This was a huge surprise,” Wood said in an interview. “Even for a mathematician to win, it’s exciting, and so certainly, this is something that I would never have expected to be me.”

Since the fellowship was founded in 1981, only 42 of the total 1,111 winners have studied mathematics, statistics, or probability.

Wood studies major mathematical questions, such as number theory, by applying concepts from other topics in the field.

“Lately, especially, I’ve been thinking a lot about using ideas from probability theory to answer questions that don't really seem like they have anything to do with probability or at least traditional probability at first,” she said.

Wood added that she appreciates the MacArthur Foundation’s recognition of “the creativity and the boundary-pushing in mathematics,” which she said can be harder to see in math than in disciplines in the humanities.

“Something that is very meaningful to me is how the MacArthur Foundation is honoring and celebrating the creativity in mathematics,” she said.

Wood’s journey in math began in seventh grade when a teacher encouraged her to participate in Math Counts, a middle school math competition.

“To me, in middle school and high school, doing math competitions gave me a chance to face problems that I really had to puzzle on,” Wood said. “I have to try different things and to consider new approaches, and that part of math is the part that I really, really fell in love with.”

After completing her undergraduate degree at Duke University, Wood earned a Ph.D. at Princeton University in 2009. Before coming to Harvard, she held faculty positions at Stanford University, the University of Wisconsin-Madison, and the University of California, Berkeley. Wood was also a Five-Year Fellow with the American Institute of Mathematics.

According to Harvard Mathematics department chair Michael J. Hopkins, Wood is interested in lowering barriers in the math world and tries to encourage students by allowing them to join in her research projects.

“In her research, she’s remarkable for doing things that cut across fields,” Hopkins said. “Within her research, she always manages to find things — little parts of it — that could be projects for students, for undergraduates or grad students.”

“She's inspiring,” he added. “You talk to her and you’re sort of immediately aware you're talking to someone that thinks about math at a very high level and yet can communicate math at any level.”