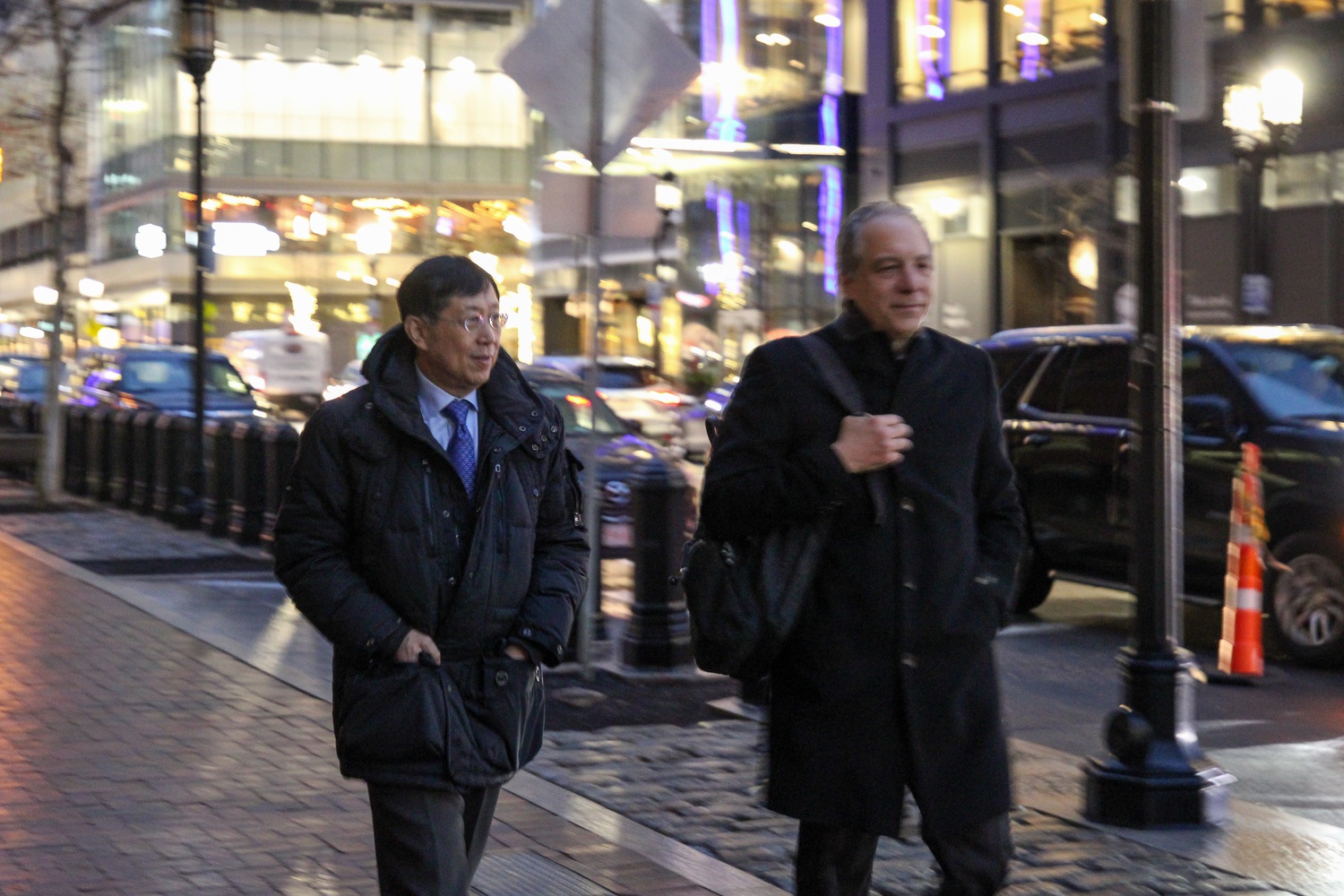 BOSTON — The wife of former Harvard fencing coach Peter Brand told a federal jury on Thursday that the payments made by businessman Jie “Jack” Zhao to their family were personal loans that they planned to pay back with anticipated inheritance money.

Brand’s wife Jacqueline Phillips testified for nearly six hours on the eighth day of trial Thursday, telling jurors that she and Brand used personal loans from Zhao to pay off their debts, facilitating their purchase of a new condo in Cambridge.

Brand’s defense sought to show that the 23 checks prosecutors had presented on the fourth day of trial documenting payments from Zhao on behalf of Brand and Phillips were actually loans that the couple later paid back.

In her testimony Thursday, Phillips told jurors she and Brand planned to reimburse Zhao with inheritance money they expected to receive when Brand’s mother died.

Brand’s mother died in 2021 — after Brand was indicted on bribery charges by a federal grand jury — leaving $584,000 to Brand, who Phillips said used part of the sum to repay Zhao.

Prosecutors focused their questions on the lack of documentation of the claimed personal loans and the delay in the couple’s repayment until after Brand was indicted in 2020.

“In the four or five years between the time Jack Zhao made those payments and the time that your husband was indicted, you made not one payment toward those loans?” government attorney Stephen E. Frank ’95 asked. Phillips said yes.

Defense attorneys sought to discredit prosecutors’ allegations that the Peter Brand Foundation was intended to facilitate tax-exempt money transfers between Zhao and Brand.

Phillips said the foundation was established with the sole intention of providing charitable grants to “arts and athletic and professional development organizations.”

But prosecutors suggested last week that Brand used the foundation to receive bribes and provide kickbacks to his family, including a yearly salary for the co-founder and CEO of the organization — his wife.

Phillips testified she was unable to access foundation funds — which were managed by the Cambridge Trust Company — and added that she donated back a director’s fee she received from the short-lived foundation.

“I took nothing from the foundation, not a dime,” she said.

David G. Strachan, a trust officer at the Cambridge Trust Company for 26 years and treasurer of the now-defunct Peter Brand Foundation, said Phillips was committed to the foundation’s success and confirmed she and Brand could not directly access its funds.

“They control the foundation, but they don’t control the money,” Strachan said. “Everything has to be run through a representative — an officer like myself.”

Phillips said she helped establish the foundation with the understanding that it would receive $7.5 million in its first year, as promised by Alexandre Ryjik, the self-proclaimed “middleman” in the alleged bribery scheme.

Phillips testified that Ryjik had repeatedly assured her he had donors “lined up” to contribute the sum to be used toward charitable means.

Ryjik, a government witness in the case, testified on the first day of the trial that he had used his organization, the National Fencing Foundation, to transfer bribes to Brand. Still, Ryjik denied ever pledging to secure millions for the Peter Brand Foundation.

Phillips said she was “shell-shocked” after learning Ryjik would not deliver the anticipated $7.5 million, which became apparent during a July 2014 meeting between representatives of the foundations that Ryjik failed to attend.

“It was the worst meeting of my life,” Phillips said. “Obviously, it was becoming clear I was bamboozled into doing this.”