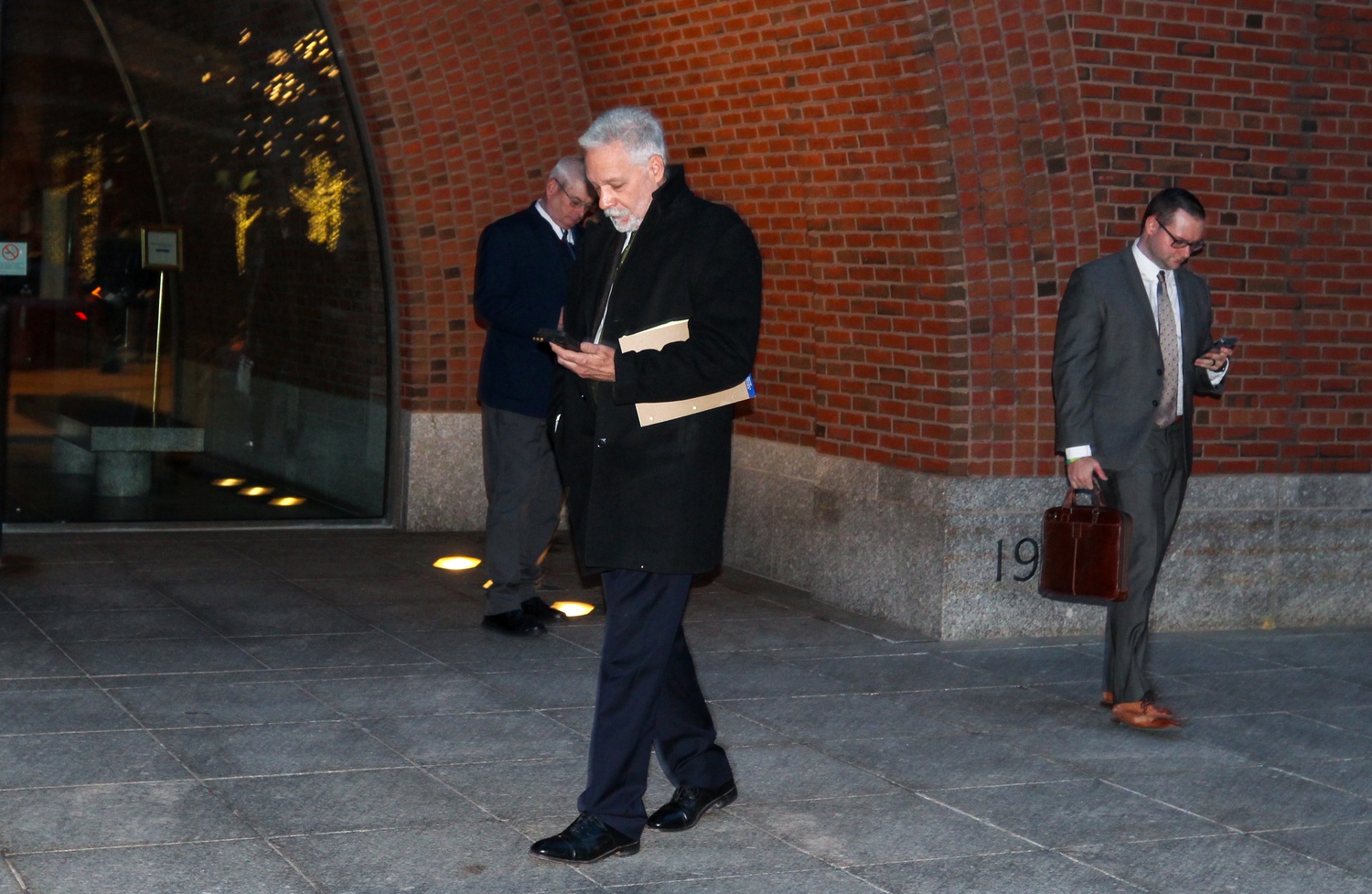 BOSTON — A key government witness in the federal bribery trial of former Harvard fencing coach Peter Brand laid out new details on Tuesday about how he helped a wealthy Maryland businessman funnel money via nonprofits to the coach in exchange for recruiting spots for his sons.

Alexandre Ryjik, who confessed during the first day of trial to being the “middleman” in an alleged bribery scheme between Brand and Jie “Jack” Zhao, told jurors during his marathon five-hour testimony Tuesday that he used his nonprofit to transfer money between Zhao and Brand.

Brand and Zhao face bribery charges that were brought by a federal grand jury after their arrest in 2020. Prosecutors say Zhao paid out a series of bribes to Brand to get his sons into Harvard as fencing recruits, including covering the coach’s bills and purchasing his home at an inflated price.

Ryjik, who coached Zhao’s two sons at a Virginia-based fencing academy he founded, helped “broker” the bribery scheme between Brand and Zhao, according to prosecutors. Zhao gave $1 million to Ryjik’s charity, the National Fencing Foundation, in February 2013 — about $100,000 of which was donated to the newly-established Peter Brand Foundation the following year.

A defense attorney for Zhao sought to portray Ryjik as a liar who is cooperating with the government to avoid prosecution. During the first day of trial on Monday, Ryjik admitted to using his fencing academy’s money to pay personal expenses and unintentionally underreporting the organization’s revenue on Paycheck Protection Plan loan applications.

“The fact is that you misused tens of thousands of dollars through the charity,” Zhao’s attorney, Michael T. Packard ’02, said to Ryjik. “You were hoping, through your discussions with the government, that you would not be charged with any of your crimes?”

“I guess maybe I was, but that wasn’t the main focus,” said Ryjik, who has a proffer agreement with the government in the case. 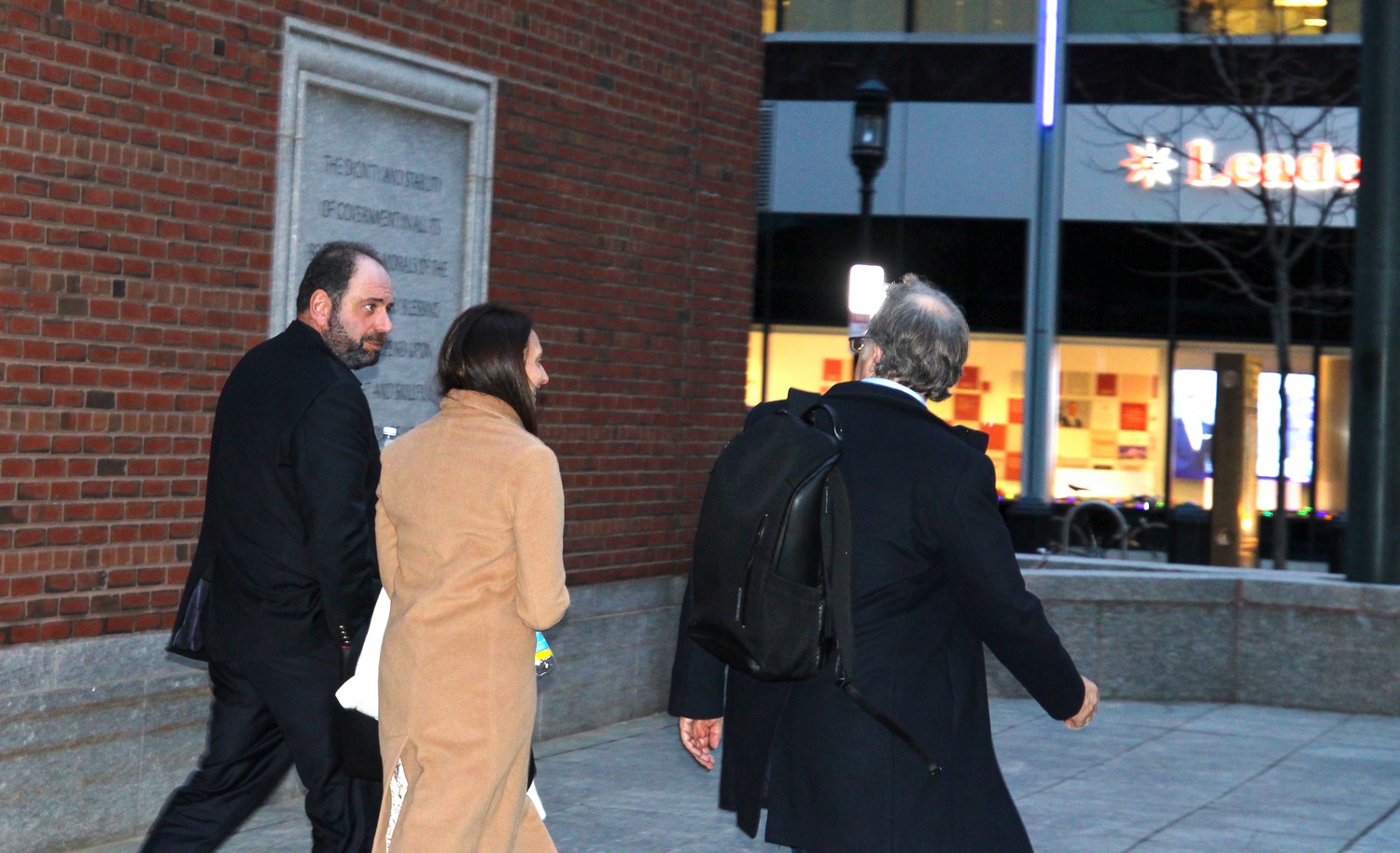 Alexandre Ryjik, left, coached Jie “Jack” Zhao's sons at a Virginia-based fencing academy he founded. Ryjik admitted during the first day of trial to being the “middleman” in an alleged bribery scheme between Brand and Zhao. By Leah J. Teichholtz

According to 2013 communications presented by prosecutors, Zhao played an intimate role in his oldest son’s recruitment to the Harvard fencing team, submitting a write-up of his accomplishments and arranging an interview between his son and an admissions official that was set up through Brand. Brand referred to Ryjik as “maestro,” “boss,” and “Uncle Ryjik” in the emails the government showed.

In contrast, Ryjik told jurors that when his own son was recruited by Harvard’s fencing team in 2011, he didn’t play a role in the inner workings of the process.

On Oct. 18, 2013, three days before Zhao’s oldest son received a likely letter from the College, Brand forwarded to Ryjik instructions on making a wire transfer to his foundation, according to emails shown during the trial, though he did not receive a donation from Ryjik’s charity until after the Peter Brand Foundation became a nonprofit.

In evidence presented by prosecutors, Brand indicated he expected to receive $7.5 million from Ryjik’s foundation, though only $100,000 ever came through. Brand wrote to Ryjik in a 2013 email, “I just want to confirm that the contributions total 7.5 Million as we discussed this initially to make sure that all of this is worth my while.” Ryjik testified that the figure came from him telling Brand “that UPenn got $7.5 million for the recruitment of two fencers.”

Ryjik testified that he was “scared” by Brand’s request and never replied to the email.

He was “getting very demanding,” Ryjik told Assistant U.S. Attorney Stephen E. Frank ’95. “I thought the whole deal was going to get exposed.”

From that point on, Ryjik said his relationship with Brand “ceased to exist.”

“We stopped talking to each other,” he said. 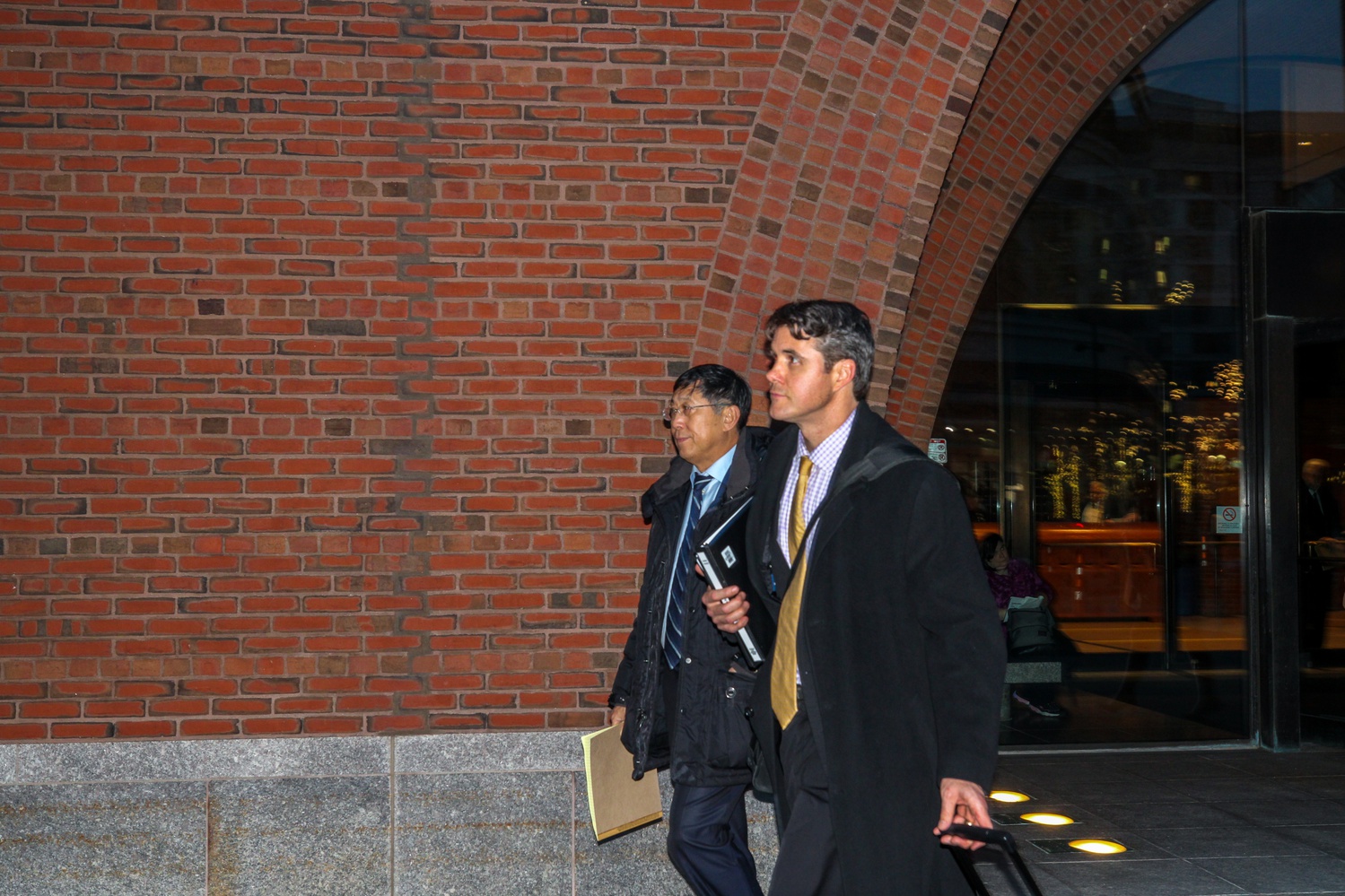 An official at Ryjik’s National Fencing Foundation was perplexed by the finances of Brand’s foundation as he was seeking the additional contributions, according to evidence presented by prosecutors. In a 2014 memorandum, NFF Secretary Phillip L. Sbarbaro raised alarm at the $67,000 the Peter Brand Foundation was paying Brand’s wife in compensation and the $8,580 it dished out to his son.

Prosecutors sought to detail the close relationship between Ryjik and Zhao throughout Ryjik’s testimony, highlighting trips the two took that Zhao paid for.

Ryjik facilitated other donations from his foundation at Zhao’s request, according to evidence presented by prosecutors — including a $50,000 contribution to the St. Albans School in Washington.

The relationship between Zhao and Brand was first publicly called into question by a 2019 Boston Globe story that revealed the businessman had bought Brand’s home for an inflated price. When Zhao learned the Globe was looking into his relationship with Brand, he contacted Ryjik to meet up in secret, according to text messages presented by prosecutors and Ryjik’s testimony.

In 2020, when federal agents raided Ryjik’s home, Ryjik told investigators that he “didn’t do anything wrong,” he said Tuesday.

The trial is set to resume at 9 a.m. Wednesday, when Ryjik will be called back to the stand for cross-examination. The government is expected to call more witnesses after his testimony concludes.

A previous version of this article incorrectly identified the assistant U.S. attorney who questioned Alexandre Ryjik on Tuesday. It was Stephen E. Frank ’95, not Ian J. Stearns.