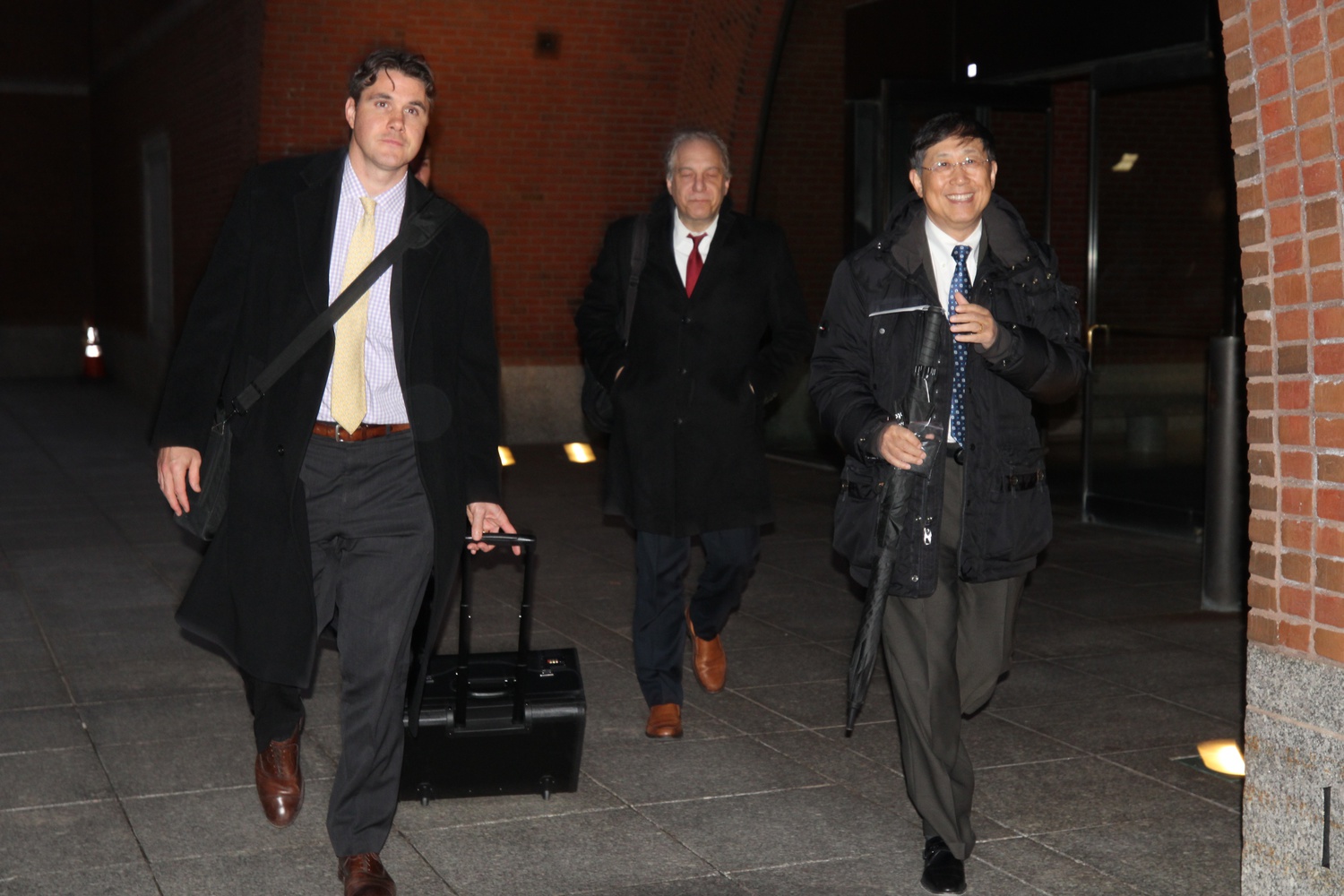 The sons of businessman Jie “Jack” Zhao, who is accused of bribing an ex-Harvard fencing coach to secure their admission to Harvard, testified Monday that a love of the sport drove their father’s involvement in their fencing careers.

Prosecutors allege that Zhao paid out more than $1.5 million in kickbacks to former Harvard fencing coach Peter Brand in exchange for his sons' recruitment to the College.

But on the tenth day of trial, Eric Y. Zhao ’18 and Edward Y. Zhao ’21 said they were unaware of alleged bribes between Jack Zhao and former Harvard fencing coach Peter Brand, and they told jurors it was their father’s commitment to the sport that led him to build strong personal relationships with their coaches.

Brand was fired by Harvard in 2019 for violating the University’s conflict of interest policies. A year later, Brand and Zhao were indicted by a grand federal jury on bribery charges. Prosecutors allege Zhao paid a stream of bribes to Brand, including the purchase of his Needham, Mass. home for nearly twice its assessed value, payments for Brand’s son’s college tuition, and a new sports car.

Both sons said during their testimony that they did not see their father’s involvement in their fencing careers as anything out of the ordinary.

“My father’s my hero. He’s my backbone,” Edward Zhao said. “My dad really loved the sport. Sometimes, it felt like he loved it even more than I did.”

Edward Zhao pointed to the construction of a tournament-style fencing strip in their home’s basement as an example of his father’s devotion to the sons’ fencing success, adding that his father continues to follow fencing tournaments to this day, even after the siblings’ retirement from the sport.

Eric and Edward said they were aware of their father’s donations to the Harvard fencing team following their acceptances to the College, as well as his sponsorship of fencing trips to China during each son’s freshman fall. However, both siblings testified that they had no previous awareness of the alleged bribes or any payments to individuals connected to Harvard fencing.

During opening statements on Dec. 5, defense attorneys for Brand characterized the transactions between Brand and Zhao as “a friend loaning a friend money.” Brand’s wife Jacqueline Phillips testified on the eighth day of trial that the couple had planned to pay back the loans from Zhao in full with anticipated inheritance money.

Prosecutors focused on the values around Harvard’s recruiting and admissions processes during their cross-examination of the Zhao brothers. In their testimony, both brothers agreed that the recruiting process should be fair.

When Assistant U.S. Attorney Stephen E. Frank ’95 asked Edward Zhao if he believed it was wrong for a parent to pay a coach to recruit a student, Zhao said he did not believe it was a “relevant” question.

Both Zhao brothers were coached by Alexandre Ryjik, who admitted on the first day of trial to serving as a “middleman” in the alleged scheme by using his foundation to funnel payments from Zhao to Brand.

Edward Zhao testified that his relationship with Ryjik began with “trust,” “fear,” and “respect,” but it became “really exhausting” toward the middle of his high school career. Zhao said he stepped back from working with the coach in his junior year of high school.

“There was constant berating on my hard work, my dedication,” Edward Zhao said. “I felt like it was best for me to kind of move on and work with Chinese Olympians.”

Eric Zhao testified that his father’s “really good relationship” with Ryjik drove the fencing coach’s commitment to training him and his brother.

“My dad would go to dinners with these people,” Eric Zhao said. “They would be texting.” 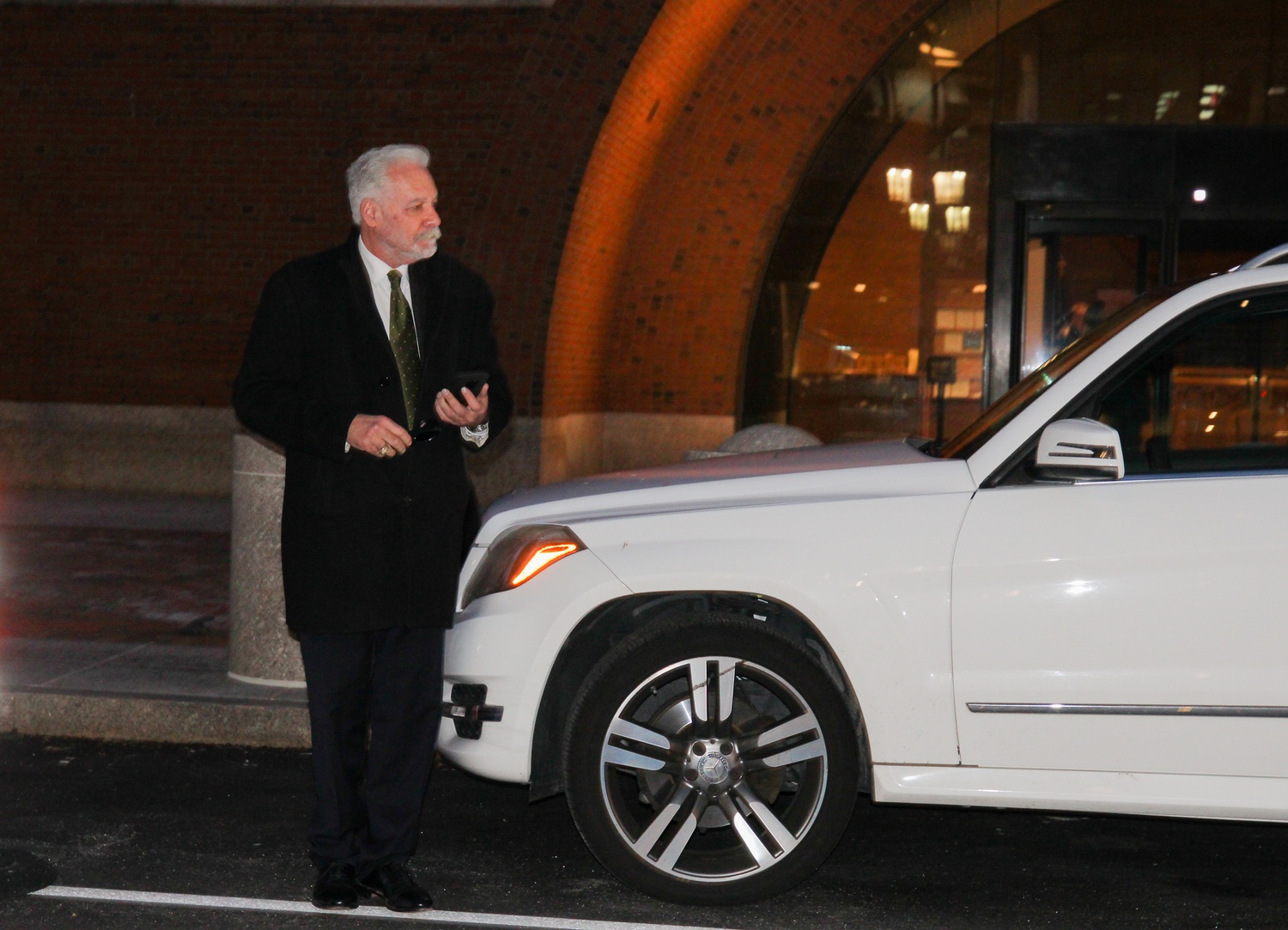 The defense presented a series of letters and annual reviews between Brand and his supervisors that emphasized how fundraising was critical to the long-term health of Harvard’s fencing program. Fundraising and alumni relations were noted as a “priority for all coaches,” according to a 2015 year-end summary.

Eric Zhao testified that he took initiative to fundraise for the team as fencing captain in his junior and senior years at Harvard because the program was in danger of getting cut. When asked about the role of the fundraising group Friends of Harvard Fencing, Eric Zhao said the organization was “vital.”

“The team would not exist without it,” Eric Zhao added.

On the seventh day of trial, a co-chair of the Friends of Harvard Fencing testified that Jack Zhao was a key donor to the group, which provides more than 50 percent of the fencing team’s funding.

The Zhao sons served as the final witnesses for the trial, which is set to continue at 11 a.m. Tuesday. Attorneys are expected to present their closing statements and arguments, followed by jury deliberation.