One Year After an External Review into Sexual Harassment at Harvard, Three Recommendations Remain Unfulfilled 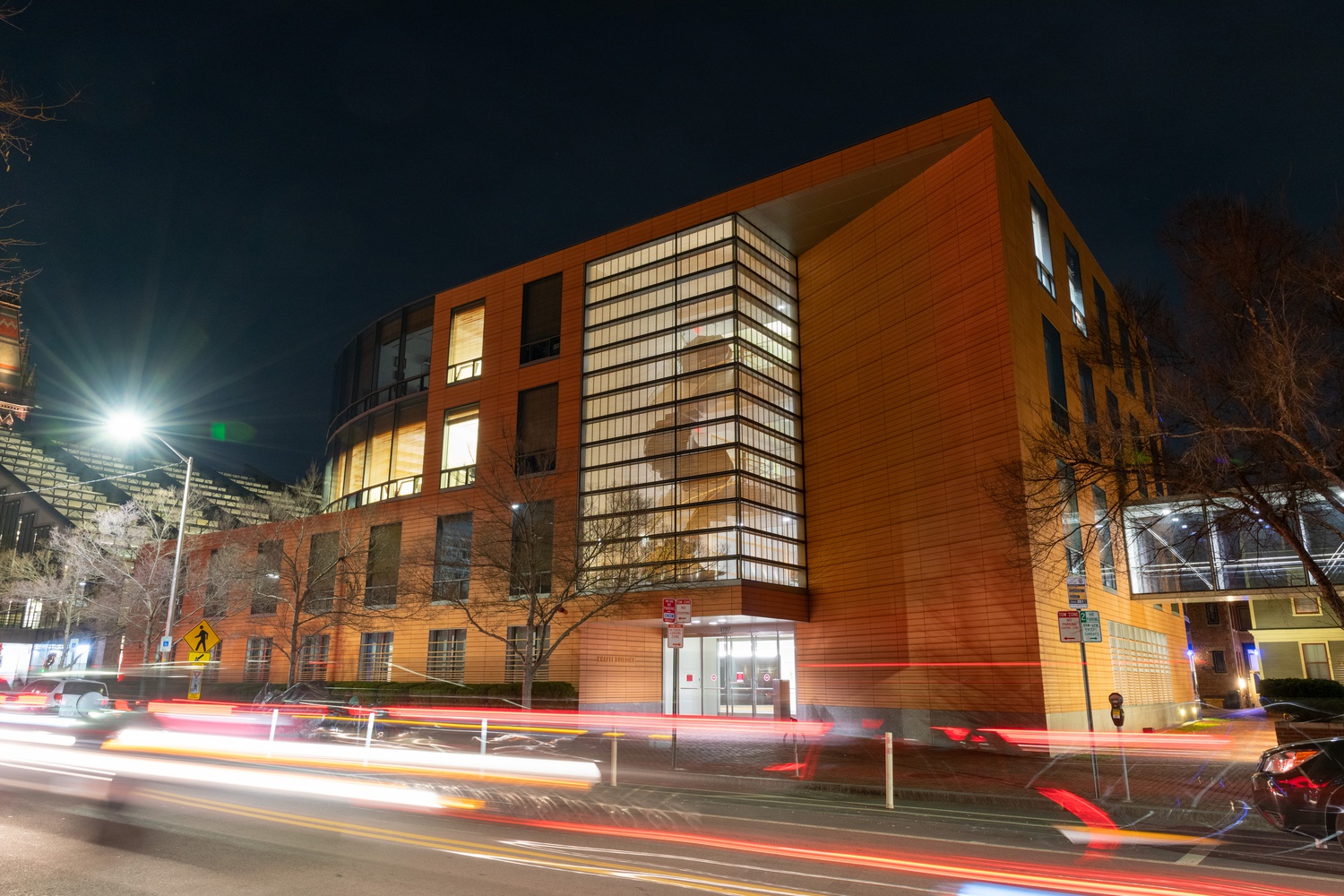 Harvard's Knafel building, which houses the Center for Government and International Studies, is located on Cambridge St. By Julian J. Giordano
By Cara J. Chang and Isabella B. Cho, Crimson Staff Writers

Three months after an external review found that a “permissive culture regarding sexual harassment” at Harvard allowed a former Government professor to rise through the school’s ranks despite repeatedly sexually harassing students and colleagues, University President Lawrence S. Bacow said he was confident in procedural changes made in the wake of the report.

The report, released in February 2021, detailed how former Government Professor Jorge I. Domínguez sexually harassed women over three decades — all while being promoted to several high-profile University positions. Domínguez was barred from the Faculty of Arts and Sciences campus and stripped of his emeritus status in 2019, following his retirement.

“The same issue, were it to arise now, might be a little bit cumbersome, but we would still avoid the unfortunate outcome that occurred previously,” Bacow said in May 2021.

The report said Harvard’s processes had improved in the years since allegations were first made against Domínguez in the 1980s, finding that “if the University confronted the same situation today, it has the processes and structures in place to handle it differently.” But the three-person external panel also offered nine specific recommendations for Harvard to improve sexual harassment reporting processes, as well as a broader call for the University to “accelerate progress toward a culture intolerant of sexual and gender-based harassment.”

Just over a year after the report was released, as Harvard grapples with another high-profile sexual harassment scandal, the school has not fulfilled three of the external review’s recommendations.

Despite reforming its sexual misconduct training curriculum and revamping online resources, Harvard has not established a standardized procedure to vet faculty and staff for misconduct during hiring and appointment processes — a key recommendation of the external review. And more than a year after Bacow pledged the school would create a centralized personnel database to better track misconduct reports, school officials could not point to completed reforms in the management of personnel data.

The external review also called on the University to hold units — such as academic departments — accountable for instances of misconduct by having deans and the University provost conduct internal reviews at least once every three years. But the school has not announced any such review cycle.

The lobby of Harvard's Center for Government and International Studies lobby was covered with printed copies of a Chronicle of Higher Education detailing harassment allegations against Government professor Jorge I. Domínguez. The posters accompanied a protest calling for an independent review of the allegations against him. By Awnit Singh Marta

School officials say further updates are coming this semester — including regarding efforts to establish processes for vetting candidates and a centralized personnel repository. University Provost Alan M. Garber ’76 wrote in a statement this week that Harvard is working on all 10 recommendations.

“When he accepted the recommendations from the external review committee, President Bacow made clear that the University must continue to build on our progress and accelerate our work in assuring Harvard is free from harassment, discrimination, and bullying,” Garber wrote. “In the year since these recommendations were made, University leaders have prioritized efforts to move them forward including addressing our policies and structures.”

Domínguez was first accused of harassment in 1983 by Terry L. Karl, then an assistant professor in the Government Department. In a statement when the external report was released last year, Bacow apologized to Karl, writing that “Harvard failed her.”

Though she acknowledged recent strides, Karl said more reforms are needed in the school’s processes for handling gender-based harassment, citing a federal lawsuit filed last month by three Harvard graduate students that accused the school of ignoring a decade of complaints against professor John L. Comaroff.

“I wish [Harvard] would design their procedures not to meet the minimal Title IX, but to bring in some of us who have experienced these issues and can design better policies so they won’t make victims feel that it takes too long, that they’re not being listened to, that their rights are being violated — all of which led to a lawsuit, and a very understandable one,” Karl said.

The report recommended that Harvard increase transparency around investigations and sanctions. In recent years, the FAS has publicized sanctions it levied against professors — including Comaroff.

Harvard has also revamped its gender-based and sexual misconduct trainings and its online resources, per three of the external review’s recommendations to improve climate and increase the accessibility and transparency of reporting processes. Many reforms have come from the University’s newly-formed Office of Gender Equity, which was established last March after Harvard combined its Title IX Office with the Office for Sexual Assault Prevention and Response.

The OGE, which runs mandatory trainings for all Harvard employees, updated its required e-learning courses to focus on improving the school’s culture, according to University spokesperson Jonathan L. Swain. The OGE’s website, which launched last summer, also includes a new electronic complaint filing process and a data hub with current statistics about complaints and disclosures.

Harvard also says OGE is expanding. The office has hired three new staff members for its Sexual Harassment/Assault Resources & Education team and hopes to bring on two more staffers later this year, according to Swain.

Starting in 2017, before the external review recommended that Harvard monitor employees with past infractions, the school instituted policies intended to track patterns of misconduct disclosures. OGE is notified when someone is accused of misconduct multiple times, according to Swain.

The report also recommended that the Government Department improve the gender balance of its faculty. A 2019 department review found that only two women went up for tenure in the last quarter-century — and only one was promoted. In contrast, 14 men went up for tenure and 12 were promoted over the same period. The review noted the department has disproportionately failed to retain female junior faculty members compared to their male colleagues.

In the faculty overall, the total number of tenured female professors at Harvard has increased from 226 to 305 since 2012 — but women still make up fewer than 30 percent of tenured faculty.

Nicole M. Merhill, Harvard’s Title IX coordinator, who heads the OGE, wrote that the school’s work is an “evolving process.”

“It would really be a mistake if we looked at these recommendations as a checklist or bulleted list of actions,” Merhill wrote in a statement. “Culture change, as you know, is an ongoing and evolving process and it requires three pieces to work in tandem – individual actions, structural actions, and cultural change.”

Still, Karl said the lawsuit against Harvard over its handling of the Comaroff complaints is evidence that the University must continue to improve its processes.

“I’ve never known anybody who chose the legal route unless they felt that that was all that was left for them,” she said. “It’s a failure of a procedural system when people choose the law — that’s how it must be understood.”