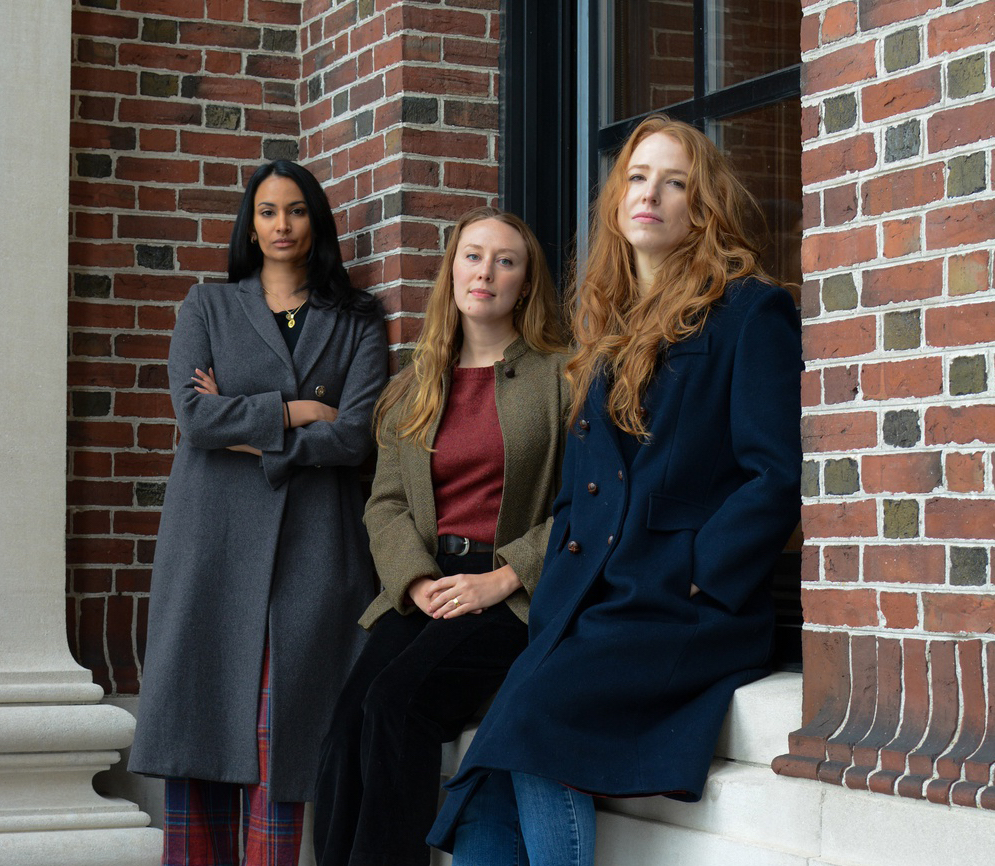 Three graduate students filed a lawsuit against Harvard on Tuesday alleging the school ignored years of sexual harassment and retaliation by professor John L. Comaroff, who was placed on unpaid leave last month.

The suit, filed by three graduate students in the Anthropology Department, alleges that Harvard mishandled Title IX complaints and allowed Comaroff to intimidate students who threatened to report him, including the plaintiffs.

The suit — filed by Margaret G. Czerwienski, Lilia M. Kilburn, and Amulya Mandava — charges that Comaroff committed physical and verbal sexual harassment, including unwanted kissing and groping. In the 65-page filing, the students took sharp aim at Harvard, which they allege “watched” as Comaroff retaliated against accusers and “allowed its investigatory process to be used in service of Professor Comaroff’s campaign of professional blacklisting.”

The lawsuit alleges that Comaroff subjected Kilburn “to a pattern of gender-based harassment and assault continuing from 2017 until at least April 2019 using threats, intimidation, and coercion.” He also allegedly “threatened, intimidated, and coerced” Mandava and Czerwienski for warning others about his sexual misconduct “with the goal of inducing them to stop their speech and opposition to his sexual harassment and gender discrimination.”

The suit, filed in federal court, charges that Harvard knew of Comaroff’s alleged misconduct when it hired him in 2012 and failed to act after repeated reports of verbal and physical harassment. It also accuses the University of refusing to take action against Comaroff until the press reported on the harassment allegations.

Comaroff, who is not named in the suit, denies the allegations of misconduct. In a statement Tuesday, Comaroff’s lawyers — Norman S. Zalkin, Ruth K. O’Meara-Costello ’02, and Janet E. Halley — wrote that he “categorically denies ever harassing or retaliating against any student.”

“Harvard University disputes the allegations of the lawsuit brought by Sanford Heisler Sharp, LLP, which are in no way a fair or accurate representation of the thoughtful steps taken by the University in response to concerns that were brought forward, the thorough reviews conducted, and the results of those reviews,” she wrote.

The lawsuit is the most detailed public account yet of harassment complaints against Comaroff, who has served as a professor of African and African American Studies and Anthropology at Harvard since 2012.

Comaroff was placed on paid administrative leave in August 2020 after The Crimson reported that at least three female students were in contact with the University’s Title IX Office regarding allegations of sexual harassment and professional retaliation by Comaroff.

Harvard Faculty of Arts and Sciences Dean Claudine Gay sanctioned Comaroff last month after University investigations found that he violated sexual harassment and professional conduct policies. Now on unpaid administrative leave, he is barred from teaching required courses and taking on additional advisees through the next academic year.

Gay’s sanctions were based on the results of two investigations — one conducted by Harvard’s Office of Dispute Resolution and another by the FAS.

According to the lawsuit, the ODR investigation found just one incident from Kilburn’s allegations of “repeated sexual harassment and assaults” to constitute “severe” sexual harassment. It did not recommend any sanctions against Comaroff.

But after ODR concluded its investigation, the suit said, the FAS appointed an external factfinder to review the report. The investigator found that an exchange Comaroff had with Mandava in October 2017 in which he threatened her to stop her from speaking about his misconduct violated the FAS Professional Conduct Policy.

“Harvard University acknowledged the complaints made by these three students regarding Professor John Comaroff, which is why thorough reviews were conducted by Harvard’s Office of Dispute Resolution (ODR) and the Faculty of Arts and Sciences (FAS),” Dane, the Harvard spokesperson, wrote.

Just shy of 40 Harvard faculty signed onto an open letter sent to Gay last week questioning the results of the misconduct investigations into Comaroff, who the letter described as “an excellent colleague, advisor and committed university citizen.” In response, 73 faculty signed onto a separate open letter published in The Crimson on Tuesday in “strong opposition” to the first letter.

After the lawsuit came out on Tuesday, almost all of the professors who signed onto the letter questioning the results of the Comaroff investigations retracted their support for the message.

The suit charges that the University failed to take action against Comaroff, despite receiving repeated complaints about his behavior. The lawsuit alleges Comaroff sexually harassed Kilburn and “graphically described” the ways in which she would be raped or murdered in areas of South Africa due to her BGLTQ identity.

Comaroff’s legal team denied the allegations, writing in the Tuesday statement that “attacks on his career based on gossip and fantasy rather than actual evidence are shameful.”

“Professor Comaroff did not kiss or touch her inappropriately at any time,” the lawyers wrote. “Harvard’s Title IX investigation, which lasted over a year and was extraordinarily thorough, concluded that the evidence did not support claims that he had kissed or touched Ms. Kilburn.”

The complaint also alleges that Comaroff retaliated against students who warned of his misbehavior by threatening their careers. After Comaroff allegedly made unwanted sexual advances on an unnamed second-year graduate student in spring 2017, two of the plaintiffs — Czerwienski and Mandava — warned others about his behavior, the suit said. Comaroff then told them they would have “trouble getting jobs” if they continued warning students of his behavior, the suit alleges.

According to the complaint, Harvard knew about “a decades-long pattern of harassment and retaliation” by Comaroff when it hired him. Faculty at the University of Chicago, where Comaroff previously taught, had warned the Chair of Harvard’s African and African American Studies Department about Comaroff’s misconduct, according to the filing — but Harvard decided to hire him anyway.

“The results of Harvard’s inaction were predictable,” the suit said.

The lawsuit raises broader issues about Harvard’s handling of misconduct complaints, saying that its practices “protect powerful faculty, even at the expense of students.”

The suit said some Harvard faculty were aware of Comaroff’s alleged misconduct but did not take action.

Ajantha Subramanian, the chair of Harvard’s Anthropology Department, allegedly “expressed distress” to Mandava after she reported Comaroff’s misbehavior, but “took no action.” Instead, the suit said, Subramanian urged all three plaintiffs to talk to the press.

The complaint alleges that Harvard violated state laws by mishandling its investigations into Comaroff. The ODR obtained Kilburn’s psychotherapy notes without her consent, according to the suit, and provided them to Comaroff as part of its draft report. Comaroff then used the notes to claim Kilburn must have imagined he sexually harassed her because she was experiencing post-traumatic stress disorder — “a condition that she developed as a direct result of his conduct,” according to the complaint.

“There need to be safeguards in place to ensure that anybody who does believe they’re experiencing what our clients have experienced feels like they can come forward and get an honest investigation without sacrificing their academic career in the process,” he said.

“Representations that do not describe fairly or accurately the University’s processes with regard to obtaining and maintaining material during an investigatory process are extremely troubling to me because they may have a potential chilling effect on our community members’ confidence in the investigatory process and their ability to access counseling and other resources,” she wrote.

The suit said Harvard employs investigative processes that are “stacked against survivors, in which even University officials lack confidence.”

“Harvard’s continued failure to act on repeated reports of harassment against Professor Comaroff—until spurred to do so by the media—demonstrates an institutional policy of indifference: a system designed to protect the University, its reputation, and the faculty who sustain that reputation at the expense of its students,” the lawsuit said. “The University ignores the misconduct of star faculty for as long as possible, acting only when compelled by public outrage.”