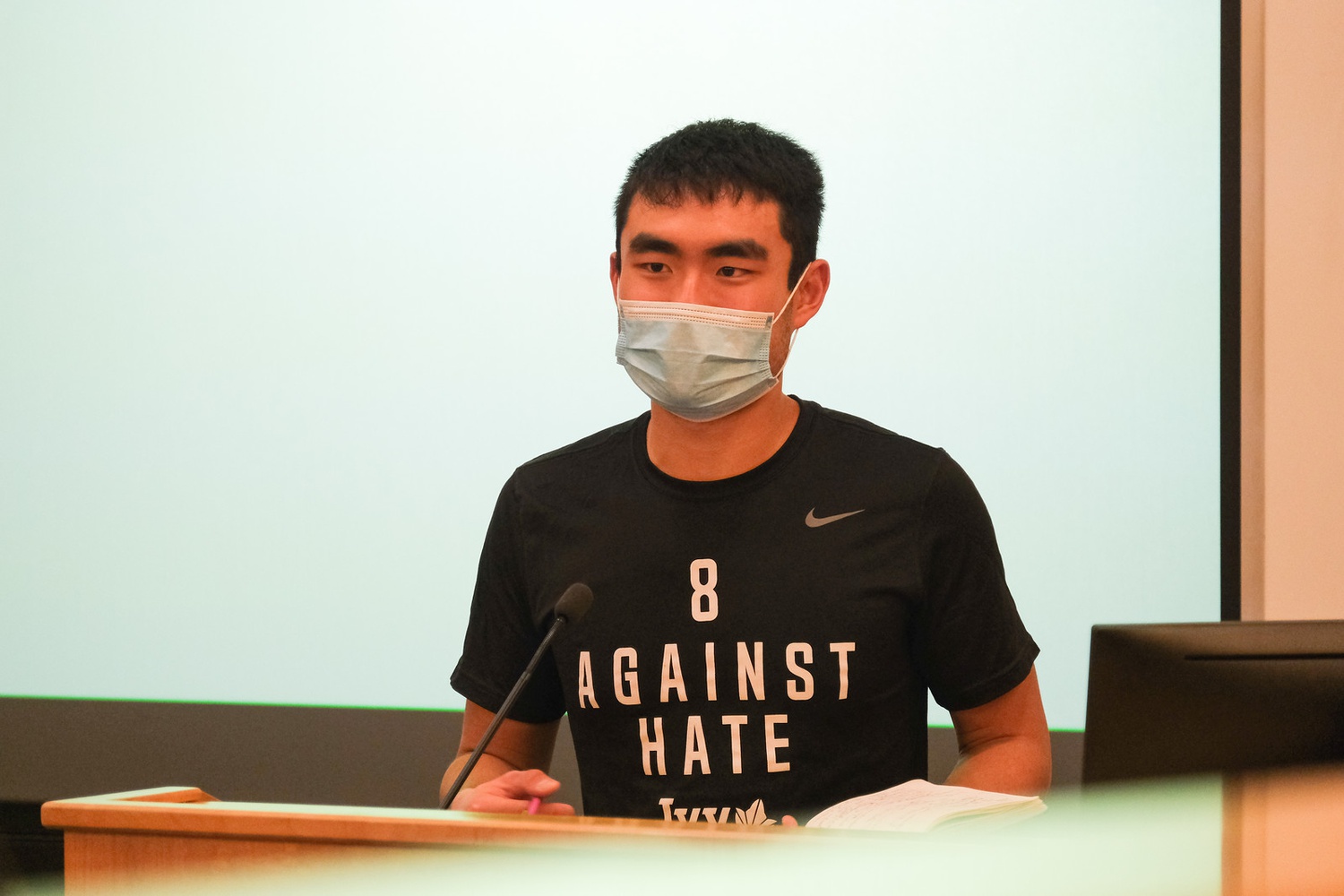 The draft, if passed, would entirely dismantle the current UC structure, replacing it with the "Harvard Undergraduate Association," a body led by two co-presidents and made up of fewer elected members managing seven issue-focused teams.

In their email, Cheng and de Kanter solicited student signatures to place the draft constitution before a school-wide referendum, which would take place between March 28 and April 1.

In order to take effect, the HUA constitution must be ratified with over two-fifths of the student body turning out to vote and a two-thirds majority voting in favor — a threshold that was controversially raised by the UC in the weeks leading up to Cheng’s inauguration.

Cheng also claimed that more than $125,000 of UC funding has been withheld from the body by the Dean of Students Office in response to an ongoing audit of the UC’s finances by Harvard Risk Management and Audit Services. The audit — a central plank of Cheng’s campaign platform — would be required to take place every three years under the new constitution.

If the new form of student government takes hold, Cheng and de Kanter pledged in the email to return this money to students via “direct refund checks,” but Cheng admitted in an interview that the exact form of repayment was pending.

Assistant Dean Kate Colleran, who has previously acted as a mediator for the body and represents the Dean of Students Office, did not respond to an inquiry about the withheld funding.

The new constitution was drafted over the course of several months by the Citizens’ Assembly, a group of randomly-selected undergraduate students convened by Cheng for this purpose.

The HUA constitution differs radically from the body’s current governing documents. It spans just 11 pages, a stark departure from the 59 of the current UC constitution.

“It is a lot shorter than the UC constitution, but it has everything you need,” Cheng said in an interview.

But other members of the UC saw the document’s short stature as a downside.

Dunster Representative Samuel H. Taylor ’24 defended the length of the current constitution in an interview in late February.

“It's big for sure, but it's a complex document,” Taylor said. “All constitutions for all organizations that fill complex roles, like the UC, are going to be complex documents.”

In another proposed change, financial grants for clubs would be distributed through semesterly budget requests or monthly grant applications. Any requests above a designated threshold, which is yet to be determined, would be at the discretion of the treasurer, while any amount under the threshold will be handled by the finance team with approval from the treasurer. The document promises clubs will receive their funding “within 1 week of [their] application being approved.”

Leadership would also shift drastically from its current form. The HUA constitution details a system in which two co-presidents, running on a single ticket, are elected by the student body to serve a one-year term.

These teams would be staffed by volunteering students, deemed “team members,” who would work on specific projects. These project teams would be managed by “team leaders” appointed by the officers.

It is a structure that has previously drawn criticism from some UC members.

In an interview earlier this month, Kirkland Representative Ivor K. Zimmerman ’23 called a previous draft of the proposed constitution a “pretty ridiculous proposal,” fearing that the structure would lead to nepotism.

Lowell Representative LyLena D. Estabine ’24, a member of the Citizens’ Assembly, disagreed in an interview earlier this month.

“It confuses me that people would think that a system of committee chairs elected by a 40 member council would have more integrity than a team officer elected by the whole student body,” she said.

Acknowledging some reservations around the proposed structure, Cheng remained confident that the proposal would pass.

“It’s not gonna be perfect — no systems are perfect — but I think it’s hard to do worse than the UC,” Cheng said.