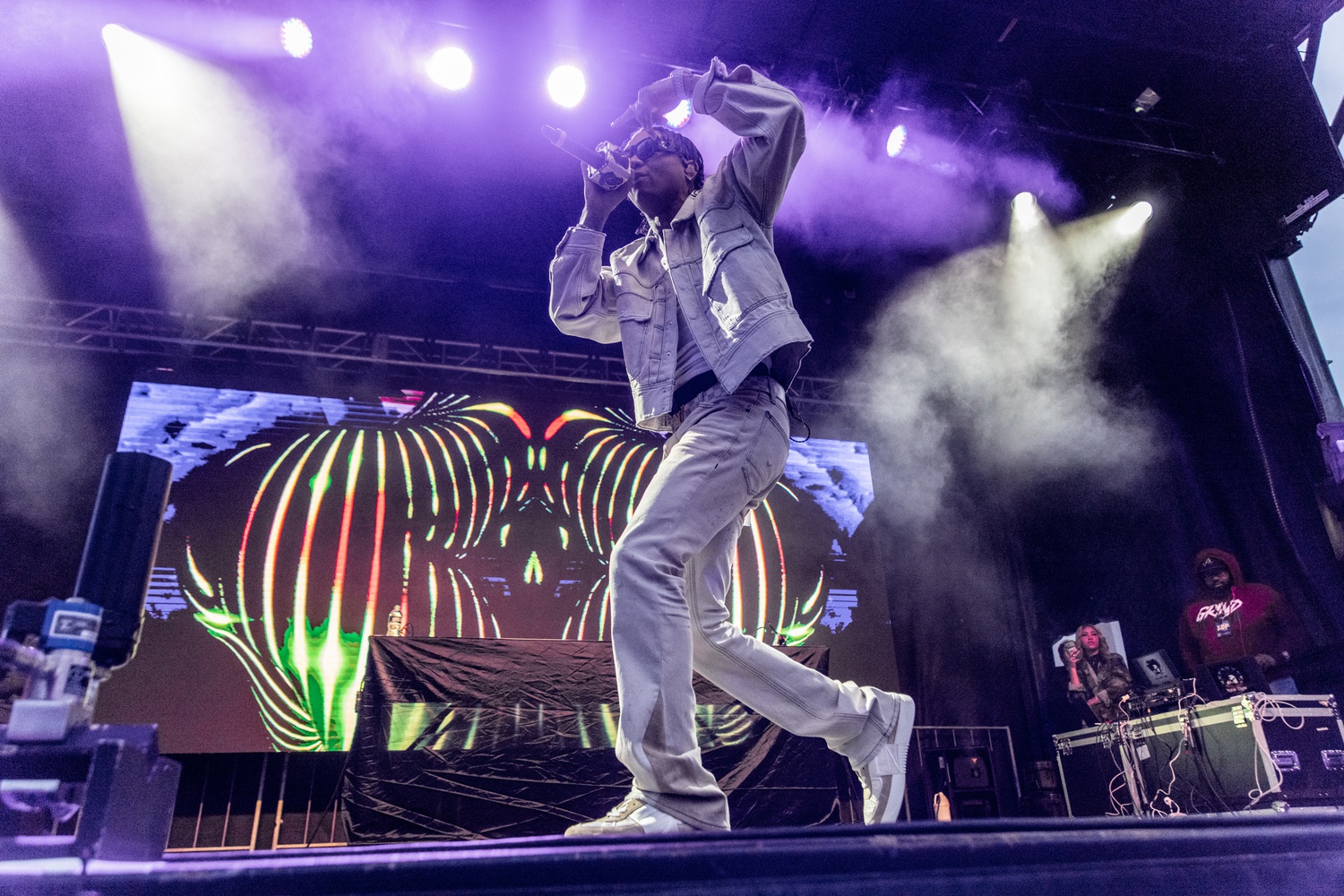 Yardfest was canceled due to Covid-19 in 2020 and held virtually in 2021 before making its return to Harvard Yard on Sunday with pre-parties, drinking games, and a handful of ambulance transports.

“I wasn’t expecting it to be this lit, but they definitely put on a good show,” Ali K. Dabaja ’24 said after the performance. 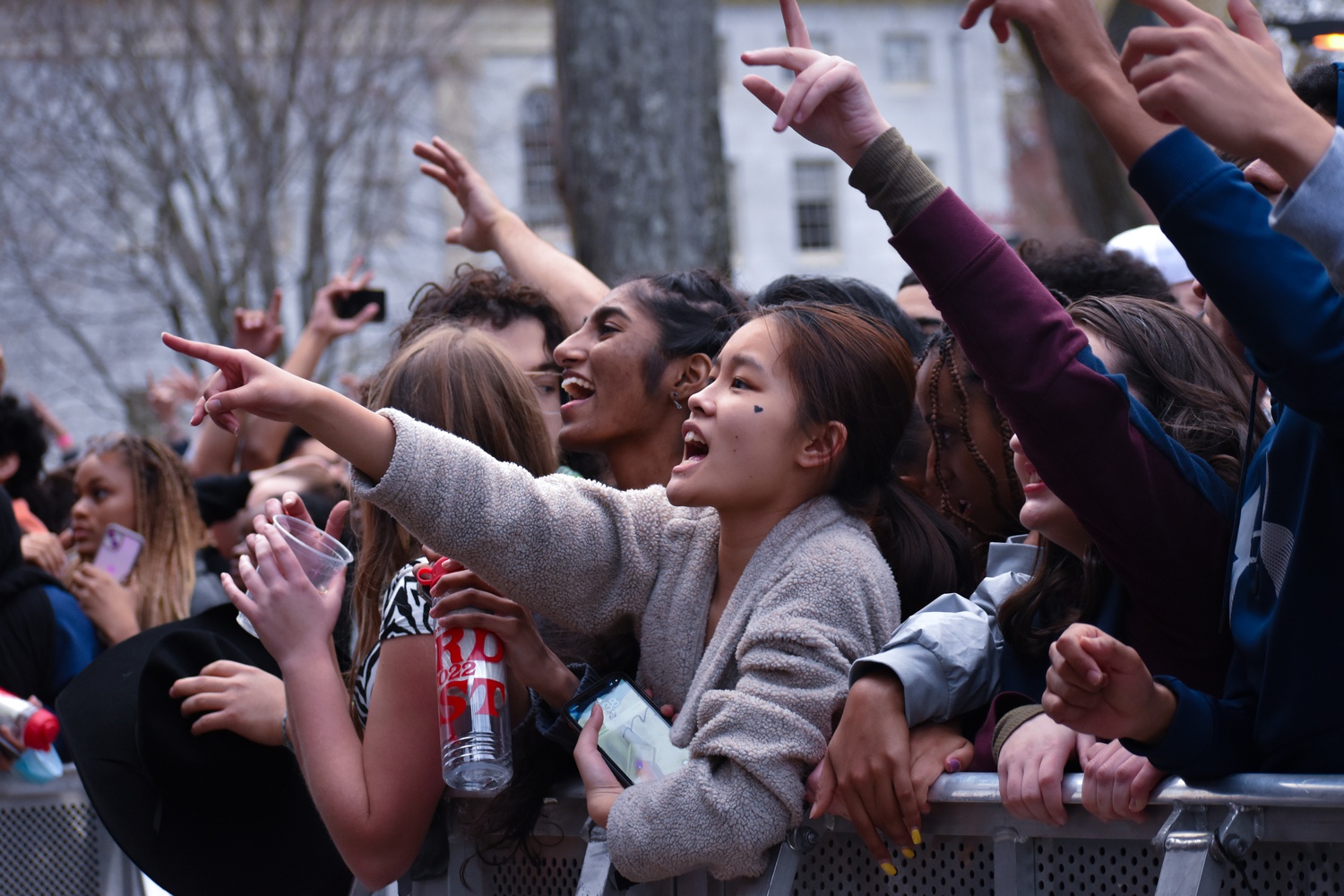 Students swayed to beats by rapper Swae Lee at Yardfest on Sunday. By Addison Y. Liu

Swae Lee took the stage as students chanted his name, opening with the song “No Type” by Rae Sremmurd — a hip-hop duo featuring Swae Lee and his brother, Slim Jxmmi. His set included some of the pair’s most popular songs, including “Black Beatles” with Gucci Mane, “Come Get Her,” and “This Could Be Us.”

“I’m your guys’ professor — teaching a course on getting lit,” Swae Lee told the Harvard Yard crowd in between songs.

Swae Lee performed several his own songs, including “Sativa” with Jhené Aiko, “Unforgettable” with French Montana, and “Sunflower” with Post Malone.

“I’m the new king on campus,” he told students. 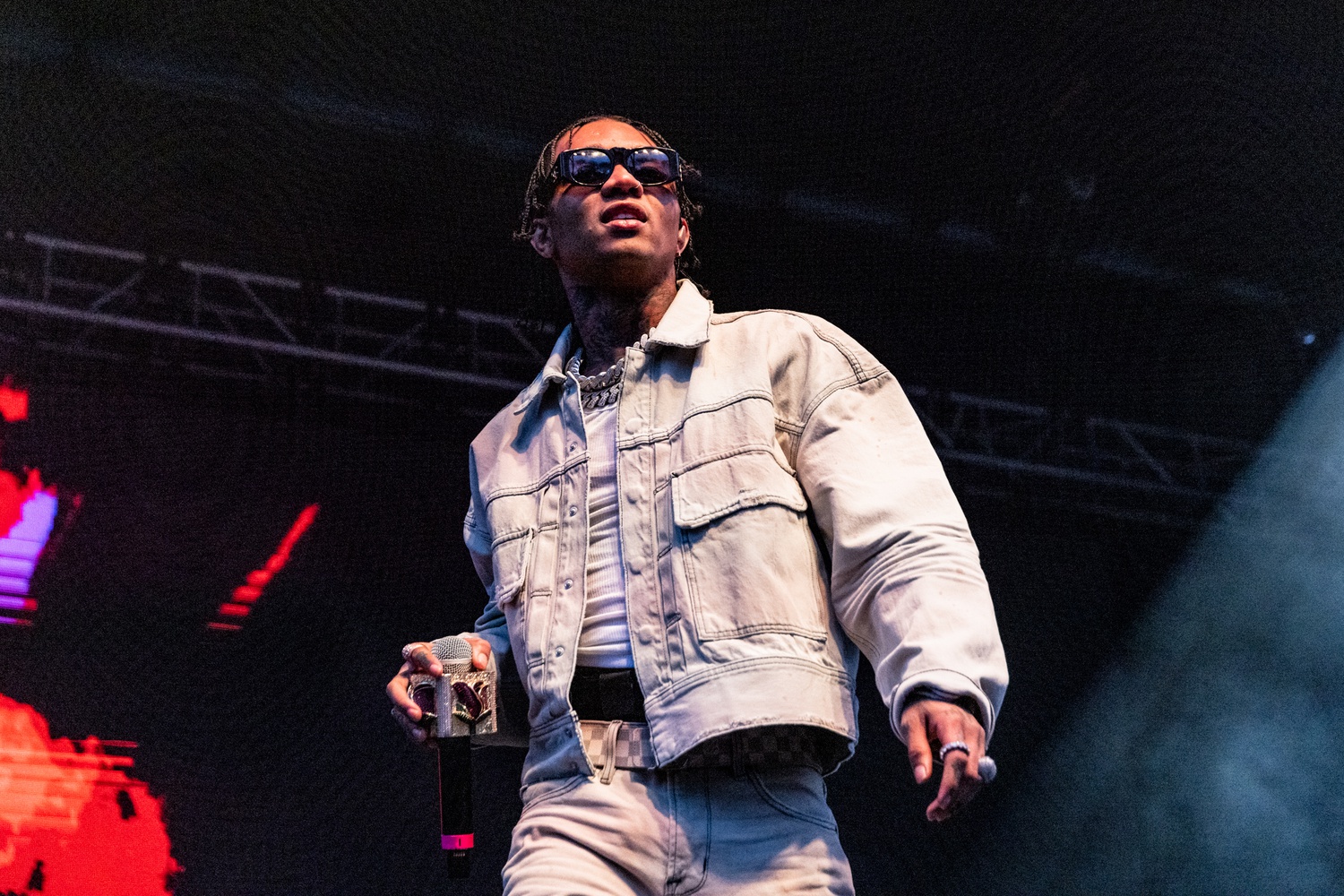 Rapper Swae Lee told the crowd of students at Yardfest that he was their “professor,” since he was “teaching a course on getting lit.” By Dylan J. Goodman

Sam Feldt took the stage in the late afternoon, playing remixed renditions of popular songs, including “Something Just Like This” by Coldplay and The Chainsmokers, Dua Lipa’s “Don’t Start Now,” and David Guetta’s “Titanium,” featuring Sia. Feldt closed out his act with his latest single, “Follow Me,” with Rita Ora.

Acts performed by the student bands Charles Revival and Yard Bops kicked off the concert just after 4:30 p.m. The two groups won the “Battle for Yardfest” competition held at Sanders Theatre last month.

“A lot of people were definitely really excited to come back to Yardfest, especially two years off and doing virtual shows,” Agarwal said.

The College limited Yardfest to Harvard ID holders and prohibited re-entry into the event, restrictions that were consistent with the last in-person Yardfest held in 2019. CrimsonEMS, Securitas, and the Harvard University Police Department were present around the Yard. 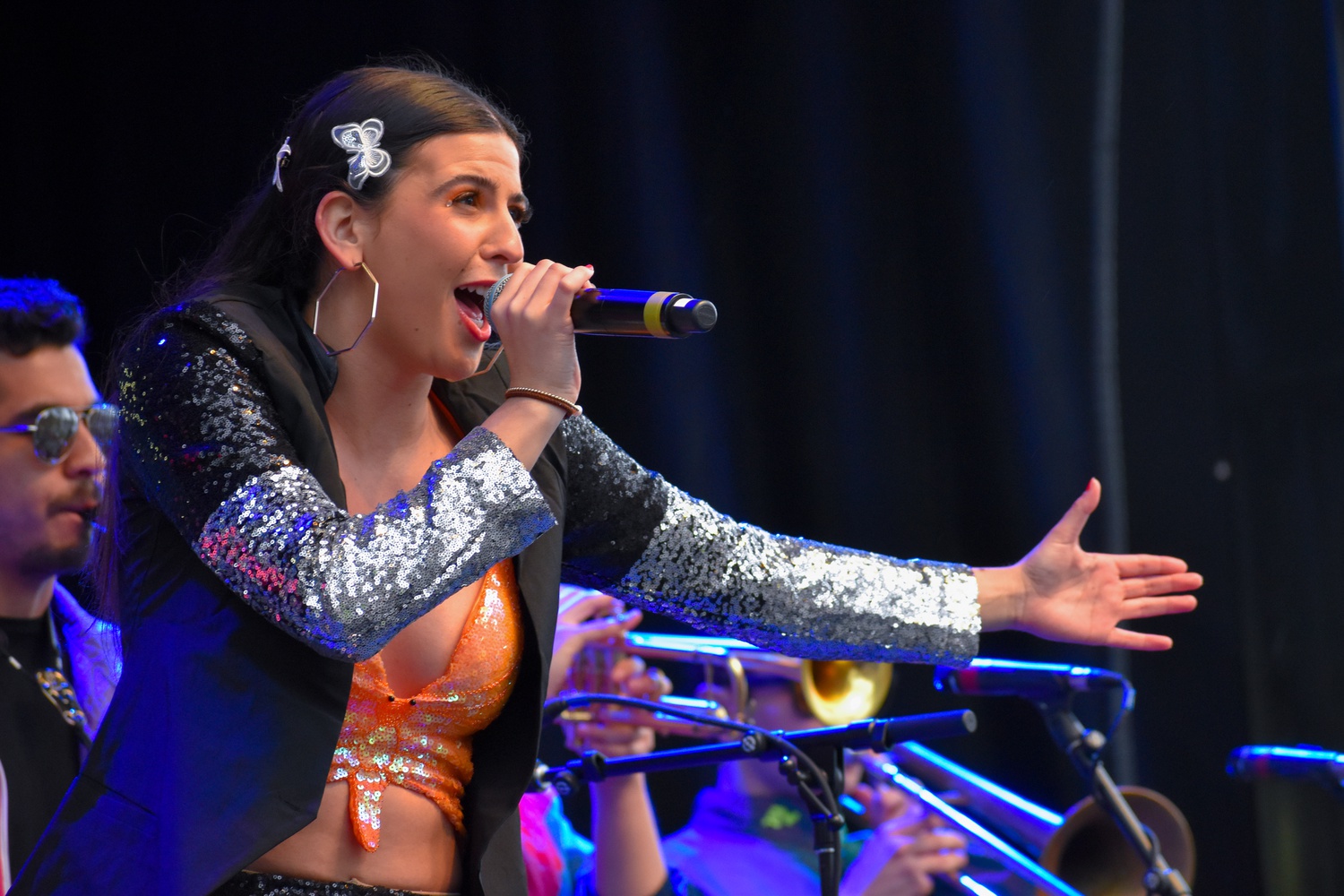 Isabella E. “Isa” Peña ’24 — a member of The Yard Bops — performed in an afternoon opener. By Addison Y. Liu

Throughout the event, students enjoyed a barbeque dinner in the Yard as well as games such as Jenga and cornhole.

Prior to the concert, students celebrated at “block parties” held by undergraduate houses. The parties included obstacle courses, bouncy houses, and carnival fare.

“We have people coming in from all sorts of different houses, different neighborhoods, you got first-years — everyone from all classes coming together,” Zhao said. 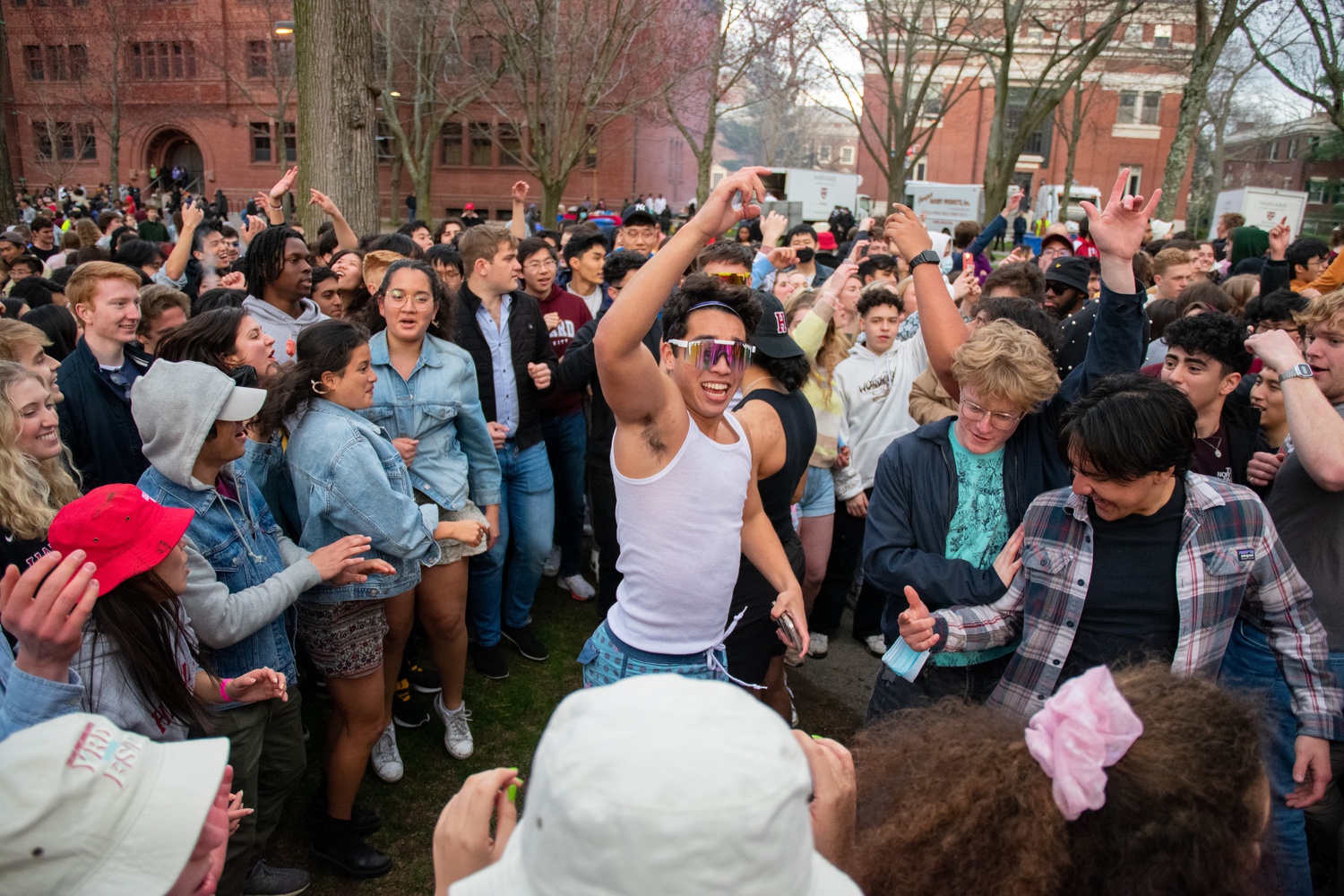 Students in the crowd jumped and fist-pumped as they enjoyed the loud live music in the typically quiet Yard. By Julian J. Giordano

“A lot of this was just trying things out and seeing basically what can work, what doesn’t work, because there’s no institutional memory anymore,” Bakshi said. “But it seems like everything has been a success so far, and people are enjoying themselves.”

David S. Aley ’23-’24, a Crimson Sports editor who was attending his first Yardfest, said it was “great to see Harvard coming together” at the event.

“This is a weekend that has been three years in the making, and it’s great to see Harvard traditions coming back to life,” he said.