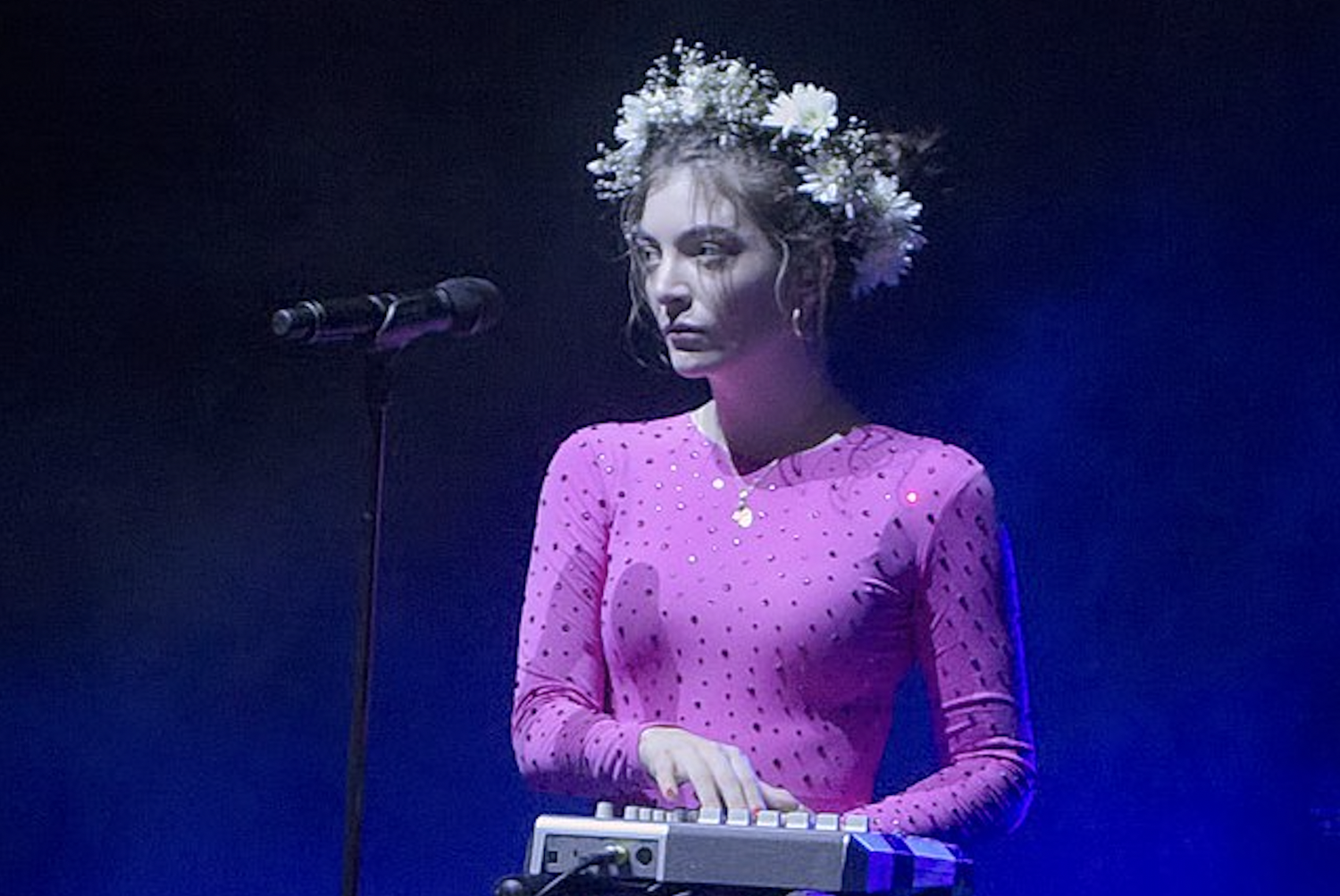 Lorde performs a show in Brisbane, Australia, as part of her 2017 "Melodrama" tour. By Courtesy of DavidEye/Wikimedia Commons
By Sofia Andrade, Crimson Staff Writer

New Zealand pop star Lorde has undergone a renaissance since the last time she performed in Boston in 2018. It all started in the aftermath of her sophomore album “Melodrama” and the subsequent world tour to promote the project. After months spent on the road following the release of the critically-acclaimed album that cemented her auteur status, the singer retreated from the music world and “went back to living [her] life,” as she told The New York Times in an August 2021 interview. During this self-imposed sabbatical, she turned to the natural world, sunlight, and domesticity, and it was there that she found her inspiration for her latest album, 2021’s “Solar Power.”

Now, Lorde is on a world tour in support of the album that has seen her on the road since her April 3 show in Nashville and will last all the way until March 2023 in Perth, Australia. She stopped at the Boch Center’s Wang Theater in Boston on April 12 for a show that established her as a pop icon dedicated to craft, meaning, and connection above all else. Every decision that went into the crafting of the performance — from the deceptively simple stage design to her fluorescent outfits — could only be described as intentional, conveying the image of an artist who knows exactly what she’s doing and why she’s doing it.

Though lighter-sounding and more thematically nuanced than her past works (2017’s “Melodrama” and 2013’s “Pure Heroine” are both driven by the insatiable cravings of youth), “Solar Power” showcases an artist at her best. No longer is Lorde bound to create and recreate “all the music you loved at 16,” as she sings in her self-reflective single “Stoned at the Nail Salon.” Instead, she deftly explores the climate crisis (and the fragile state of the future), satirizes white new-age wellness culture, and breaks down deep insecurities over the course of the 12-track album. Her sonic and thematic maturity is disarming throughout. All this was on full display at the Wang Theater.

The night began with opener Remi Wolf, who commanded the theater stage with her signature funk pop sound and relentlessly powerful vocals. She played hits like the mega-popular “Photo ID,” as well as tracks from her latest album (“Juno”) like “Liquor Store” and “Volkiano.” Though the set was not nearly long enough to capture the many highs of Wolf’s repertoire, it showcased her immense talent and provided a hint of what’s to come with her upcoming tour, which will see her in Boston again on Oct. 9.

Lorde first appeared behind a screen, her silhouette hidden as she sang along to an instrumental rendition of “Leaders of a New Regime,” from “Solar Power.” The theatrical entrance set the tone for the night: Lorde made every song a mini performance, complete with unique set design and staging. In between songs, the stage became cloaked in darkness as she and her band assumed positions for the next one. With each new lighting scheme or change to the set — which was made up of a diagonal staircase and a drum-like cylinder on a rotating floor — it was clear that the goal was beauty. Like the songs in “Solar Power,” Lorde’s show was concerned primarily with taking advantage of and amplifying the power and simplicity in the organic.

Throughout the show, the “Green Light” singer didn’t set aside her older music — despite how much her sound has evolved over the years — but was rather spurred on by it. “I wrote this song when I was 15, which means that some of you have been listening to it for 10 years. But tonight, I want us to dance for our 15-year old selves,” she said before breaking out into an updated mix of “Ribs.” She lent the “Pure Heroine” single a timeless glow as she jumped and danced across the stage. Though the majority of the night’s setlist was made up of songs from “Solar Power” — from the ethereal melancholy of “Fallen Fruit” to the confessional and grooving “Secrets From a Girl (Who’s Seen It All)” — her older work was allowed substantial space in the limelight, much to the benefit of long-term fans. The haunting “Buzzcut Season,” impossibly fun “Supercut,” and intimate stylings of “The Louvre” were all highlights of a night filled to the brim with artistry, and each produced thunderous roars of applause. As such, songs from “Pure Heroine” and “Melodrama” became a catalog revamped. Positioned in contrast to the musings of “Solar Power,” her older cuts took on new life.

“It’s funny doing these shows, it's sort of like having a friend who lives overseas… Everytime you see each other it’s like no time has passed, you know that type of friendship?” Lorde said during a more introspective moment in the show, bookended by “Ribs” and “Solar Power”’s “Big Star.” “I love sitting here with you. I love nothing more in the world than doing this,” she said. And indeed, such a statement rang true. The care she devoted to her audience, asking about new boyfriends and new breakups among other things, washed over her entire performance.

By the time the show ended, Lorde had taken her fans on an expansive tour of her discography. And with every aspect of the show being so carefully executed, from the choreography to the lighting, there was an undeniable artistry inherent to every single movement. “Royals” and “Team” — both hit singles from “Pure Heroine” — served as the show’s encores, reminding Lorde’s audience yet again of the incredible evolution she’s undergone as a singer-songwriter over the years, all the while serving as a testament to her unprecedented beginnings.