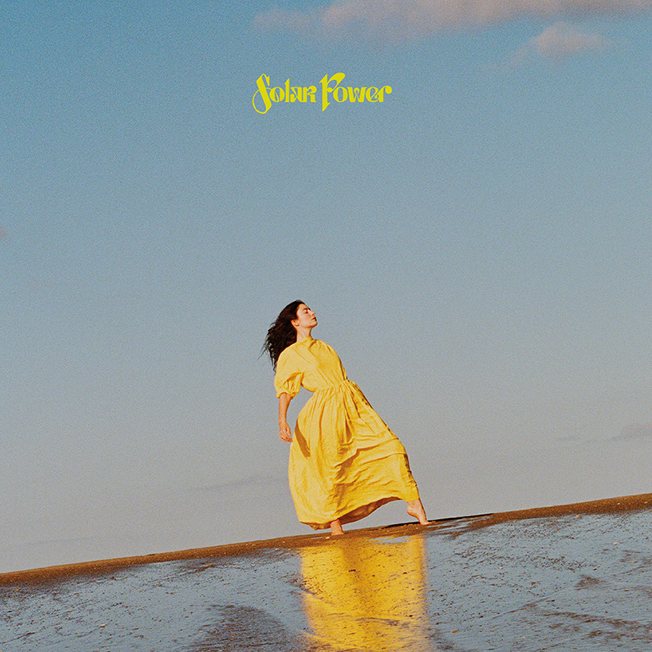 As I walk the brick sidewalks of Cambridge on a particularly windy 5:00 p.m. evening, I’m reminded of the mildly infuriating inconvenience that is Daylight Savings Time and the fact that the weather in New Zealand, on the opposite side of the world, is much more temperate right now. Thus, while I take the timeliness of Lorde’s “Solar Power (Deluxe Edition)” release to be rather boastful towards listeners in the Western Hemisphere like myself, the album brought me back to a time when all we had to worry about was wearing SPF and what it meant to have a hot girl summer.

The deluxe edition of “Solar Power,” Lorde’s third studio album, includes two bonus tracks, “Helen of Troy” and “Hold No Grudge.” Although both songs only tangentially flow with Lorde’s newfound Woodstock-y, psychedelic indie vibe — Lorde herself said in her newsletter that the “songs were fun explorations on the album journey” that “didn’t quite fit into the tracklist” — what remains is the album’s overall message of growing up and becoming your own person.

“Helen of Troy” reinterprets the ancient myth of the Trojan War and the implications of Helen’s actions. Lorde doesn’t vilify her as much of history did; rather, she reinterprets her as the kind of woman who makes heads turn in the music industry and in popular culture: “They could be drinking with you, but they'll be looking at me / This whole time, I've been playing it coy / The city’s falling for me just like I’m Helen of Troy.”

Lorde sings the chorus with high, breathy vocals, as if she’s a choir of angels giving us reassurement that things will get better: “So when you're broke, can't get ahead / Or when you take it out on your boyfriend / I know it's hard, but do your best / Give yourself a break, have a little faith.” The instrumentals in “Helen of Troy” revolve around a repeating guitar sequence, making for a catchy beat and memorable tune.

As someone who’s been under the spotlight since the age of 16, Lorde is no stranger to critical public opinions on her music and persona. As she sings of her experiences working in the music industry — one minute she’s “killing ‘em all” and the next she’s not being allowed to perform — she nonetheless speaks to something we can all relate to in our own lives. We all have our highs and lows; we’re being appreciated at one moment and not the next. It’s easy to rewrite the choruses to fit your own situation, and Lorde reminds us that it’s hard being a girl living in a modern world and we deserve some respect, damn it.

In the second new track “Hold No Grudge,” Lorde’s lyrics reflect moments in Lorde’s past relationships, reminiscent of the personal, detail-filled verses in Pure Heroine’s “No Better” and Melodrama’s “The Louvre.” In a newsletter to fans, Lorde wrote, “Every couple lines, the person I’m singing about changes; one minute it’s a childhood friend, next a crush or a colleague.”

In an album that diverges sharply from Lorde’s previous discography, “Hold No Grudge” is almost a reflection on Lorde’s past self. Once scared of getting old, the 25-year old now embraces growing up and the lessons learned along the way: “Acting my age, not my horoscope / guess that’s growing up.”

Similar to “Helen of Troy,” “Hold No Grudge” features pre-chorus instrumentals consisting of a repeating guitar sequence. There’s also interesting percussion, with what sounds like a guiro adding an electronic (and perhaps reptilian) sound. This transitions to a more “Solar Power”-esque, chill sound in the chorus, where Lorde sings at a lower pitch and slower beat. As she closes this song and the album itself, Lorde sings of “sending you love / And wishing you well / Wherever you are” with high, calming vocals, concluding “Solar Power (Deluxe Edition)” on an optimistic note.

“Solar Power” has not been widely received as sonically or emotionally superior to her previous two albums, but that might just be because so many of us are stuck in the past and can’t get over the 2013 Tumblr-aesthetic era. Nevertheless, the two bonus tracks on the deluxe edition of “Solar Power” are just the vibes we need as we wrap up 2021. As Lorde sings in “Hold No Grudge,” “Yeah, I know that some shit was said and done / But it's such a different world now, I can't hate anyone” — an acknowledgment that all of us have changed, and that change is good.

— Staff writer Karen Song can be reached at karen.song@thecrimson.com.