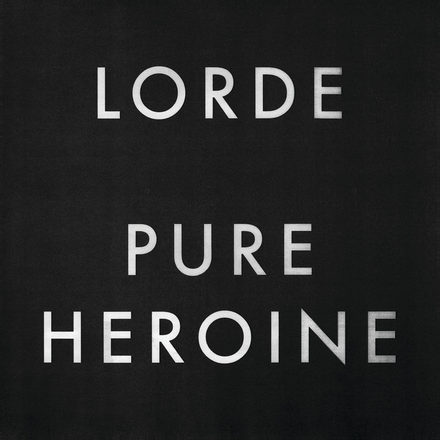 Five years ago, when Lorde’s breakout single “Royals” topped Billboard’s Hot 100 chart at number one for nine consecutive weeks, other songs burned through the radio with a similar near-dystopian disillusionment: Imagine Dragons was living in an apocalyptic universe with “Radioactive,” and Lady Gaga was lamenting over the perils of fame in “Applause.” Some songs found relief in destined romance, reveling in their uniqueness in a cruel world: The Neighbourhood’s “Sweater Weather” relished in the coldness that it warned against for the warmth of a rather possessive intimacy, and Capital Cities noted to a lover that even through hurricanes, tidal waves, and falling skies, they’ll be “safe and sound.” In my small town, these songs populated the airwaves with angst and melancholy — quintessential backdrops to classic, suburban, monotonous teenagehood, promising realities that were more fantastical, dangerous, and attractive than our own.

But “Royals” broke through 2013’s dystopian escapism with a voice that was resolutely proud of being from the suburbs, despite it claiming otherwise (“And I'm not proud of my address, in the torn up town / No postcode envy”). And it was only one piece of a 10-song album — coyly entitled “Pure Heroine” — that challenged the way we talk, sing, and make art about teens. (NPR notes Billie Eilish, Khalid, and Alessia Cara as other young artists who went on to carry similar themes in their work after the debut of “Pure Heroine.”) Her particular brand of cold pop made a monochromatic landscape shine, chronicling adolescence with both sincerity and careful jadedness, and affording it the romanticization that is usually offered to towering, sparkling cities.

Lorde sets the terms for this most acutely in the first song of “Pure Heroine.” “Tennis Court” bustles with a push-pull motion, simultaneously aching with ambition (“Never not chasing a million things I want”) and wistful wonderment for its roots (“Pretty soon I'll be getting on my first plane / I'll see the veins of my city like they do in space”). It acknowledges the triviality of high school politics through the archetypes of Queen Bees and class clowns, undercutting its importance in the very first line as Lorde directly asks the listener, “Don't you think that it's boring how people talk?” Of course, Lorde doesn’t care about the tired stereotypes — she continuously says she doesn’t in the song. But even so, there’s a small recognition for the intricacies of these playground rules when Lorde repeats, “Let's go down to the tennis court, and talk it up like yeah” as the song winds down.

It’s not always disenchantment, as shown by the next piece, “400 Lux,” a love song to the suburbs. Like “Tennis Court,” “400 Lux” also starts with a question: “We're never done with killing time / Can I kill it with you?” Even though it begins addressing a person, the song quickly transforms into a beautiful romance with a landscape and all its innocuous peculiarities. Lorde’s microscopic vision hones in on the little things: the heating in the car, ready to pick her up for yet another wandering drive; hollow bottles to match hollow hearts; and the roads with the never-changing houses and streets lined with trees, where it’s clear she wants to stay.

Not every song is so explicitly and unabashedly in love with the suburbs — Lorde draws metaphors between gladiator battles and the myth of the celebrity in “Glory and Gore,” and she writes about “explosions on TV” and a hologram life in “Buzzcut Season.” But the album as a whole is textured through with the mannerisms and details of small town life, casting the landscape in a dreamy light. The plague of puberty-induced acne becomes “skin in craters like the moon” in “Team.” “Ribs” mourns childhood and the eventual departure from one’s hometown, convinced that “You're the only friend I need / Sharing beds like little kids / Laughing 'til our ribs get tough.” When the setting shifts to stranger lands, like in “Still Sane,” the song is marked by a new loneliness: “Today is my birthday, and I'm riding high / Hair is dripping, hiding that I'm terrified,” Lorde sings slowly, carefully, with an enhanced trepidation that follows her through the song about her “newfound fame.” “I still like hotels, but I think that'll change,” she sings, a new anxiety marking a tonal shift and a new landscape.

The suburbs aren’t always drenched in lights unlike in dazzling metropolises, and its teenagers aren’t always considered to be the wisest demographic. But Lorde’s “Pure Heroine” dismantled the patronizing depiction of small town teenagehood, carving out its graces for those who weren’t aware that they were there. And it shocked the world: After Lorde released her first album, the Internet was populated with “Lorde Age Truthers,” obsessed with finding out whether or not Lorde was a grown woman, resting on the conviction that an artwork as mature as “Pure Heroine” could not have been written by the teenagers its storylines revolve around.

Eventually, Hairpin put a rest to the controversy by obtaining her birth certificate and publishing it online (a rather bizarre act that both validated Lorde’s merit as a teenage artist while invading her privacy). “A lot of people seem to think that all teenagers are, like, super-misguided and not at all ambitious and just kind of, like, dropkicks,” she said to The Evening Standard. “Such a high proportion of the people my age I know are super driven, super focused and super creative in a way I haven’t seen a lot of adults in this business being.” A Rolling Stone profile on Lorde wrote that she was “the sort of teen you forget is a teen.” A review from Consequence of Sound called Lorde a “gifted songwriter for her age” and said “Pure Heroine” was “a very grown-up album despite its teenage topics.” The piece went on to refer Lorde as “this girl.” Another review — this time from Rolling Stone — wrote that she was “16, but she could be 25.”

And yet, there Lorde was — definitely 16, definitely not a “grown woman,” and definitely dominating the music industry by being the first female solo artist in 17 years to top Billboard’s alternative chart with “Royals” and selling 3.4 million copies of her 2013 debut album by 2014. Her success validated overlooked narratives of teenagehood and afforded them the sophistication they were deprived of. And she did so by writing about the “cities you'll never see onscreen” and its people, because for her, they were the ones that mattered the most.
—Staff writer Grace Z. Li can be reached at grace.li@thecrimson.com. Follow her on Twitter @gracezhali.