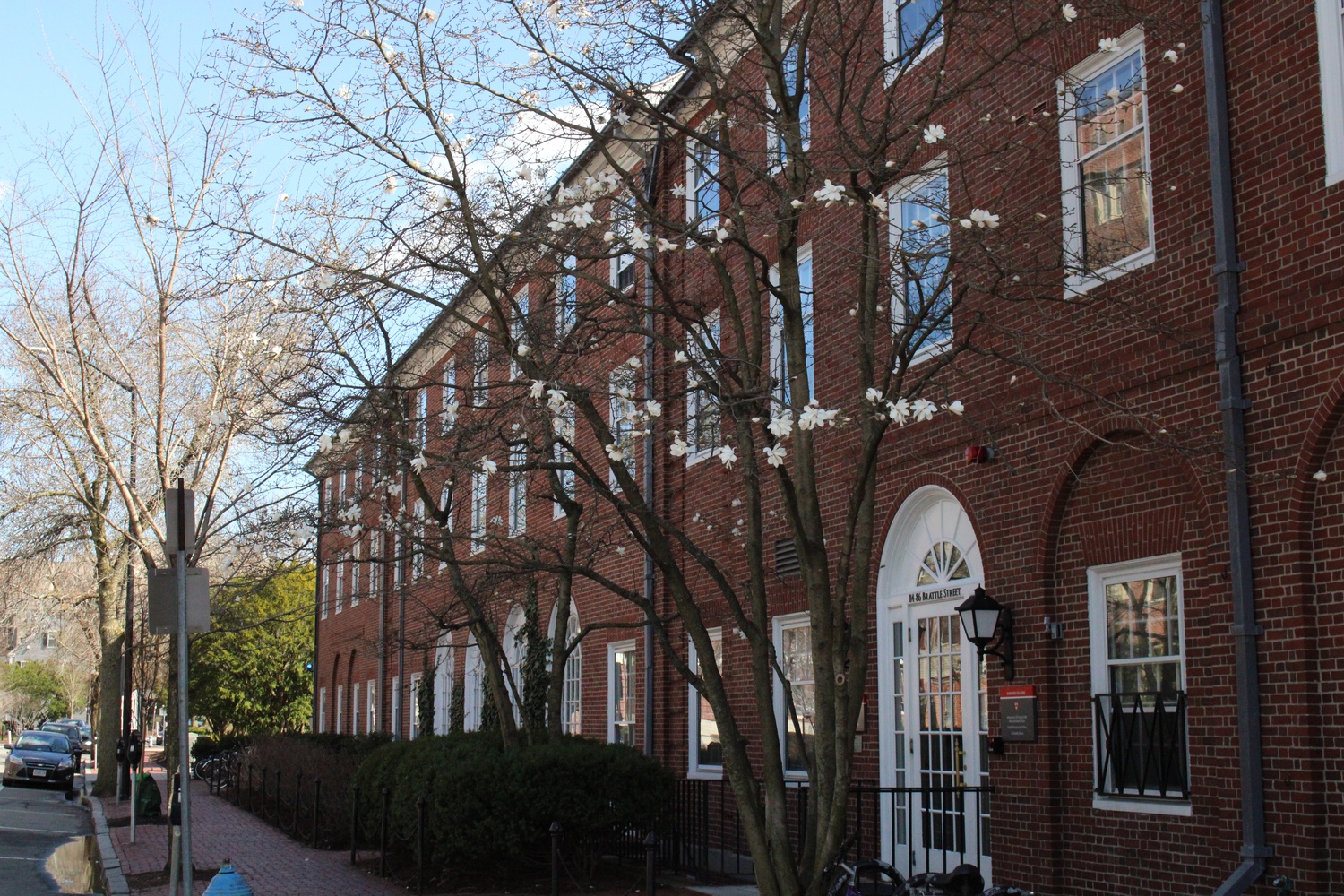 All but one of Harvard College’s 12 upperclassman houses will place students in overflow housing next year thanks to the oversized Class of 2025.

Leverett House, the largest house at the College, is the only one that will not have to place upperclassmen into alternate buildings due to space constraints.

“Given the larger College population anticipated for Fall 2022 (due both to the large sophomore class, and the impact of students who took leaves of absence during the pandemic), the College has adjusted the housing arrangements so that we can continue to house as many students as possible,” Associate Dean of Students Lauren E. Brandt wrote in an email.

Some students assigned to houses located in the Radcliffe Quadrangle — Currier, Cabot, and Pforzheimer — will be placed in overflow housing at the Cronkhite Center, a former graduate student dormitory that was previously used for Covid-19 isolation.

“Cronkhite will be a mini-Quad next year,” Currier House Administrator Alana Brissette wrote in an email on March 27.

It is unclear where Quad students who live in Cronkhite will be assigned to eat. Brissette wrote that Currier students living in Cronkhite will keep their mailboxes in the Quad, but that information about dining locations is not yet available. The center has common kitchens on each floor.

“We do not have information about whether or not dining will be available in Cronkhite next year and this is a decision that will not be made at the House level,” Brissette added in a follow-up email on April 19.

Cronkhite is located on Brattle St., next to the Harvard Admissions offices.

Pforzheimer House will also continue to house students in the Jordans, apartment-style halls located behind Cabot House that are not connected to Pfoho’s main complex.

Overflow dorms currently used to house freshmen — the Inn at Harvard, the Prescotts, and 10 DeWolfe St. — will become additional spaces for some of the River Houses this coming school year.

Next fall will be the first time in recent years that several houses — including Eliot, Mather, Currier, and Cabot — will have to place students in overflow housing

Mather House — normally renowned for its guarantee that all students will get a single — will house roughly 70 students in suites with two double bedrooms at 10 DeWolfe St., a former apartment building.

“Mather normally has 400 students, but the large rising sophomore class means that Mather will have additional students for the next three years,” Mather Resident Dean Luke Leafgren wrote to residents on April 1. “Combining Mather proper and Mather overflow, Mather House will have bed space for 461 students, and every space is expected to be filled.”

Mather originally intended to place mostly rising juniors and seniors in DeWolfe, but reversed course after backlash from students.

“The students who wrote expressed the sadness they felt at this news, as well a sense of unfairness,” Leafgren said in an April 3 email. “It might feel unfair, when rising juniors have borne other impacts from the pandemic and may not have contributed to the housing shortage by taking a leave of absence or deferred enrollment along the way.”

For years, the DeWolfe apartments have acted as overflow housing for upperclassman students in various river houses. This year, students in Quincy, Leverett, Dunster, and Kirkland lived there. Starting in the fall, it will be home to some Quincy, Dunster, and Mather residents.

In 2012, the College launched its $1 billion House Renewal project to phase out the use of DeWolfe St. units as overflow housing, allowing all undergraduates to live in their affiliated houses. Three years later, Harvard College Dean Rakesh Khurana said the schools planned to phase students out of DeWolfe as house renewal progressed.

Adams House is currently under renovation while Winthrop, Lowell, and Dunster were previously overhauled. Parts of Leverett and Quincy were also renewed, but students from both of those houses lived in DeWolfe this year.

In the coming school year, Winthrop House will use Fairfax Hall as overflow housing. A portion of Lowell House students will live in Ridgley Hall.

“The College will be continuing to evaluate our housing needs and demands in the years to come and making adjustments accordingly, in tandem with the ongoing House Renewal projects,” Brandt wrote.