Cambridge’s Affordable Housing Waitlist is Over 20,000 Names Long. How Did the City Get Here?

According to the Community Development Department, in 2021, Cambridge contained about 57,500 homes. Of these, around 8,500, or about 15 percent, are considered income-restricted housing. And the waitlist for these affordable homes? More than 20,000 names long. How did Cambridge get here?
By Katerina V. Corr and Elias J. Schisgall 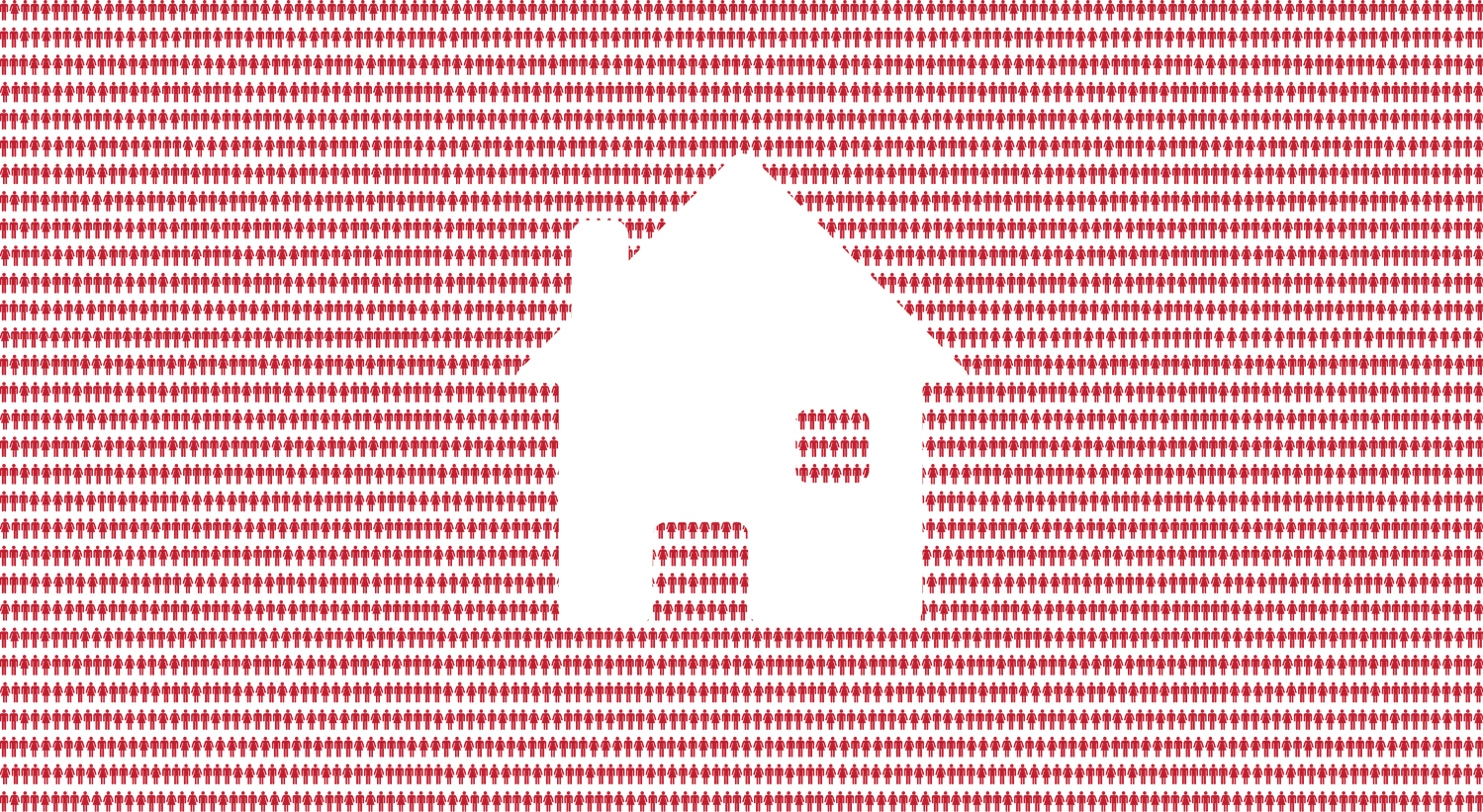 If there is a refrain in local Cambridge politics, it is the phrase “affordable housing.”

According to the Community Development Department, in 2021, Cambridge contained about 57,500 homes. Of these, around 8,500, or about 15 percent, are considered income-restricted housing.

And the waitlist for these affordable homes? More than 20,000 names long.

How did Cambridge get here?

‘You Wait, You Wait, and You Wait’

Then, leaning back in his chair in the outdoor courtyard behind the Harvard University Graduate School of Design — where Stockard serves as a lecturer in urban planning and design — he fell silent for nearly ten seconds.

The waiting list, Stockard said, is “certainly measured in years.”

Of the names on the waitlist, Michael J. Johnston, executive director of the Cambridge Housing Authority, estimated that about 6,000 live or work in Cambridge.

Eligibility for affordable housing is calculated as a percent of the median income in a given area. In Cambridge, the maximum eligible income for the federal Section Eight voucher program — vouchers given to low-income, elderly, and disabled individuals that subsidize private-market housing options — is half of the city’s median income. This maximum ranges from $49,100 for a one-person household to $70,100 for a family of four.

City Councilor and former Mayor Marc C. McGovern said people who apply for affordable housing are often misunderstood or thought of as a “mysterious group,” in some cases reflecting racist or classist stereotypes.

“There’s a lot of stigma,” McGovern said. “You’re talking about a teacher, or a social worker, or a nurse, or an office manager.”

Rebecca M. Schofield, co-chair of the board of directors for A Better Cambridge, a housing advocacy group, argued that the actual demand for affordable housing in Cambridge cannot be quantified solely by the CHA waitlist, as many residents do not realize that they are even eligible to apply.

In addition to the income threshold, policymakers frequently define housing as “affordable” if rent lands at or below 30 percent of a tenant’s income. But Schofield noted that many Cambridge affordable housing residents are considered “rent-burdened,” meaning that their rent exceeds this 30 percent limit.

“A lot of people in Cambridge pay half their income, 60, 70, [or] more percent of their income towards housing only, which definitely indicates how crunched we are,” Schofield said.

For those in exceptional situations — for instance, victims of domestic abuse — there is an expedited process to cut the waitlist line, though Stockard described its eligibility criteria as “extremely narrow.”

Johnston described repeatedly having a “very difficult conversation” with housing applicants who he said did not qualify for emergency status.

“You actually have to sit there and tell them, ‘your situation doesn’t meet the criteria in a way that I can jump you ahead of all the people that have already applied,’” he said.

Stockard said that determining which criteria constitute a housing emergency was “heartbreaking.”

“You could pretty much argue any family who’s applying for housing at the Cambridge Housing Authority has got something that many of us would consider to be an emergency in their lives,” Stockard said. 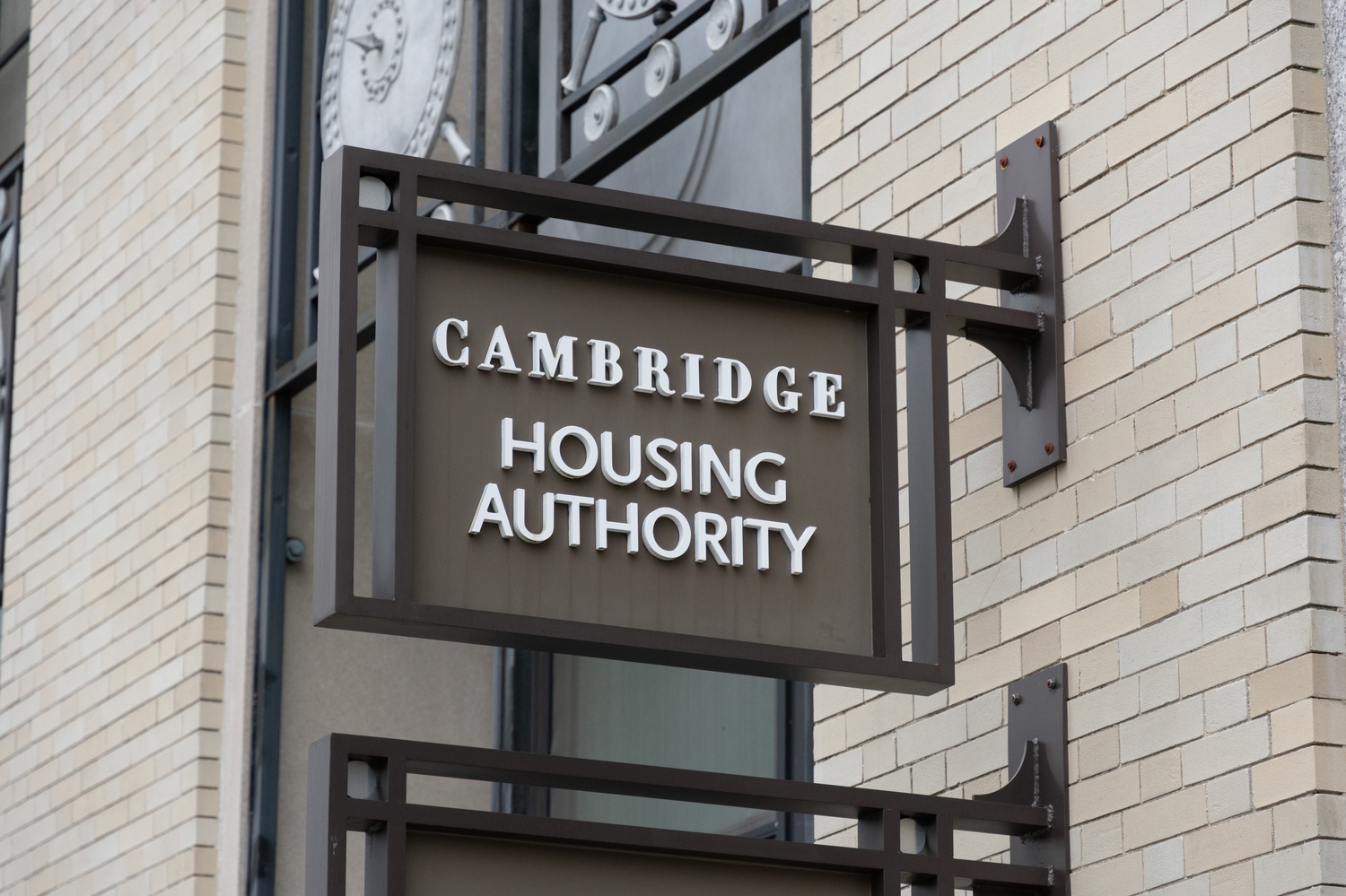 The Cambridge Housing Authority — the city agency in charge of public housing — is located at 362 Green Street. By Julian J. Giordano

McGovern described the experience of one resident he spoke to during his tenure as mayor. A woman and her three children came to visit McGovern’s office after her husband — whom she had been taking care of after his cancer diagnosis — recently died. With her landlord raising rent, the woman, whose children all attended Cambridge Public Schools, could no longer afford to stay.

“I have her crying, the three kids crying, begging me to find them a three-bedroom unit that they could afford in Cambridge and I couldn’t do it,” McGovern said. “I never want to sit across the table from somebody in that situation and say, ‘I can’t help you.”

For the fortunate individuals and families who successfully find affordable housing in Cambridge off the waitlist, McGovern called the experience “life-changing” and “powerful.”

“A lot of things fall into place when you have that housing security,” he said.

Johnston said the one resident who “has always stuck out in [his] mind” was a Korean War veteran who was given a housing voucher after long-term homelessness. Several months after being housed, the resident’s son called Johnston to share that his father had died.

“He passed away in his own bed, in his own apartment,” Johnston said. “[His son] wanted me to know how much that meant to his dad.”

‘We’ve made it illegal to build housing’

To get people off the waitlist and into housing, the city will need to dramatically increase its supply of affordable units. When asked what the largest barriers to expanding this supply are, several advocates and policymakers pointed at the city’s own code of laws.

Cambridge, like nearly every other city in America, uses an extensive zoning code to regulate land use and development. All land in the city is classified as one of several zoning districts, each with its own permitted uses.

Beyond classifying property for various types of commercial, residential, and industrial uses, Cambridge’s zoning code also places limits on a building’s height, size, and density, and often requires developers to provide a minimum number of parking spaces or build a minimum distance from the street.

Many large developments or projects that need exceptions to certain zoning regulations require additional permission from either the Cambridge Planning Board or the Board of Zoning Appeal, which can be a lengthy and sometimes contentious process.

These barriers, City Councilor Burhan Azeem argues, mean that “we’ve made it illegal to build housing.”

Some areas in Cambridge — including most of the largely white and wealthy neighborhood of West Cambridge — are zoned to permit only single- or two-family housing. Azeem noted that many existing buildings with several units, such as the one he lives in, would not be permitted to develop under current-day regulations.

“I live in a triple-decker,” Azeem said. “If that triple-decker was hit by a meteor tomorrow, you would not be able to rebuild it as a triple-decker. It’s illegal. It would have to be built as a single-family home.”

Azeem also connected current zoning regulations to the racist historical practice of redlining, in which banks would deny loans to Black mortgage applicants in what white residents believed were more desirable neighborhoods, such as West Cambridge.

Now, many of the city’s dedicated affordable housing developments are located in areas once marked as least desirable during the 1930s, when Cambridge was first redlined. Meanwhile, West Cambridge contains next to none.

“Why is it that five minutes from one of the biggest T stations we have mansions that are extremely expensive and cost millions of dollars when they could be affordable apartments?” Azeem said, referring to the Harvard Square T station. “We have explicitly racist policies that did that.”

Azeem said that the city should “dramatically upzone” the area to allow for denser residential development.

Cambridge’s flagship attempt at making zoning regulations more amenable to affordable housing came in the 100 Percent Affordable Housing Overlay, an amendment to the city’s zoning code passed by the City Council in October 2020.

The AHO facilitates the process of building affordable housing by relaxing certain zoning restrictions and expanding maximum height and density caps for developments. If the proposed building meets a set of design standards and every unit is affordable, the city is required to approve its construction.

The City of Cambridge and Homeowner’s Rehabilitation, Inc., a nonprofit affordable housing developer, recently announced its purchase of a Lesley University building along Massachusetts Avenue, which will be converted into affordable housing. 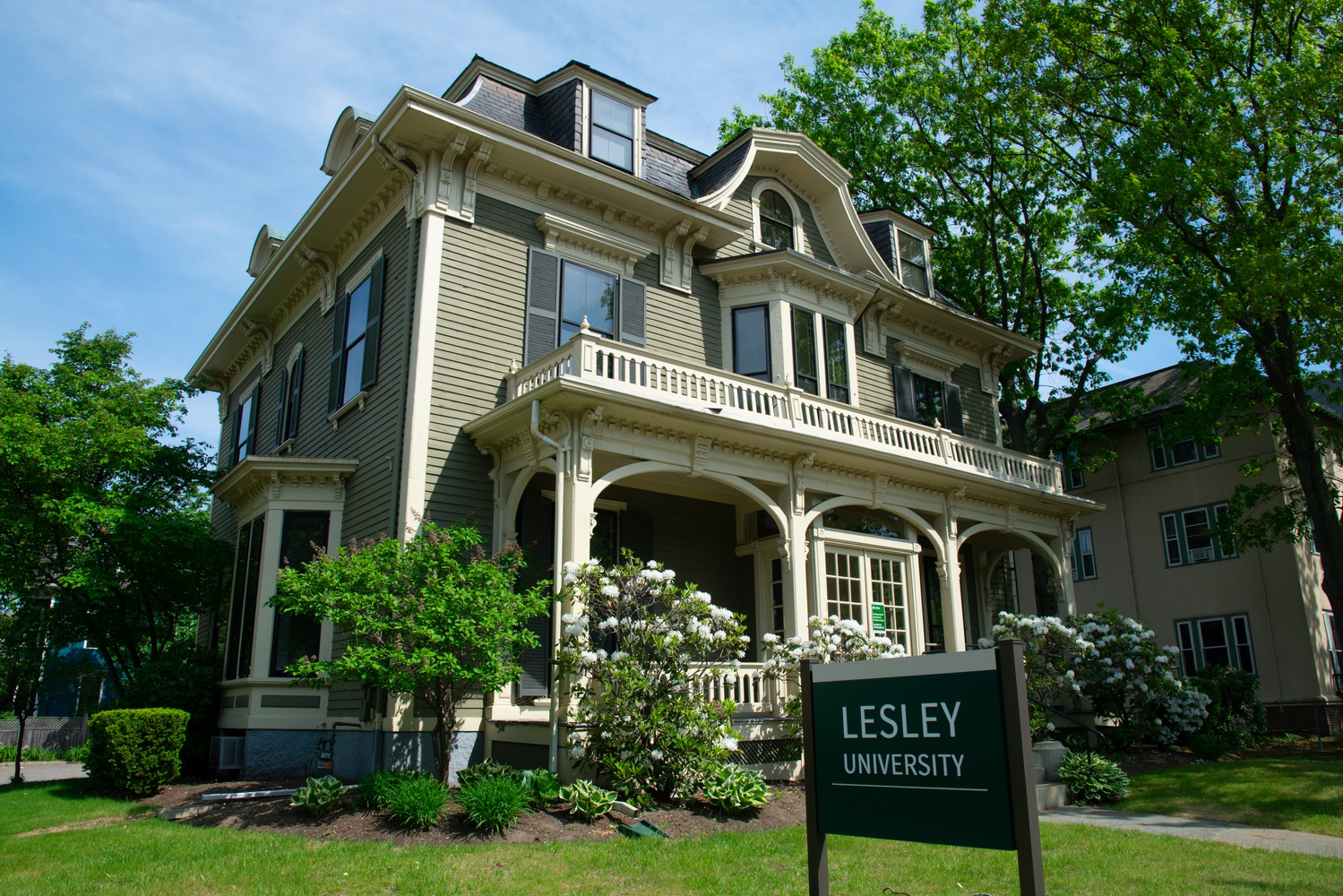 The building itself may only support four units, according to HRI project manager Eleni T. C. Macrakis. She said the nonprofit is considering constructing more units in the building’s parking lot, a prospect made possible by the AHO.

“Now, with the Affordable Housing Overlay, there’s a lot of opportunity there,” Macrakis said.

Still, the AHO is no panacea for Cambridge’s housing waitlist.

Lee Farris, the president of the Cambridge Residents Alliance, a neighborhood advocacy group, argued the AHO has failed to promote development in areas of the city that do not already have abundant affordable housing.

“The idea, as the city pitched it, was to get more affordable housing into the neighborhoods who don’t have it,” Farris said. “However, the way that the Affordable Housing Overlay has turned out so far, is that developers are, in most cases, simply adding new buildings to affordable housing developments that already exist.” 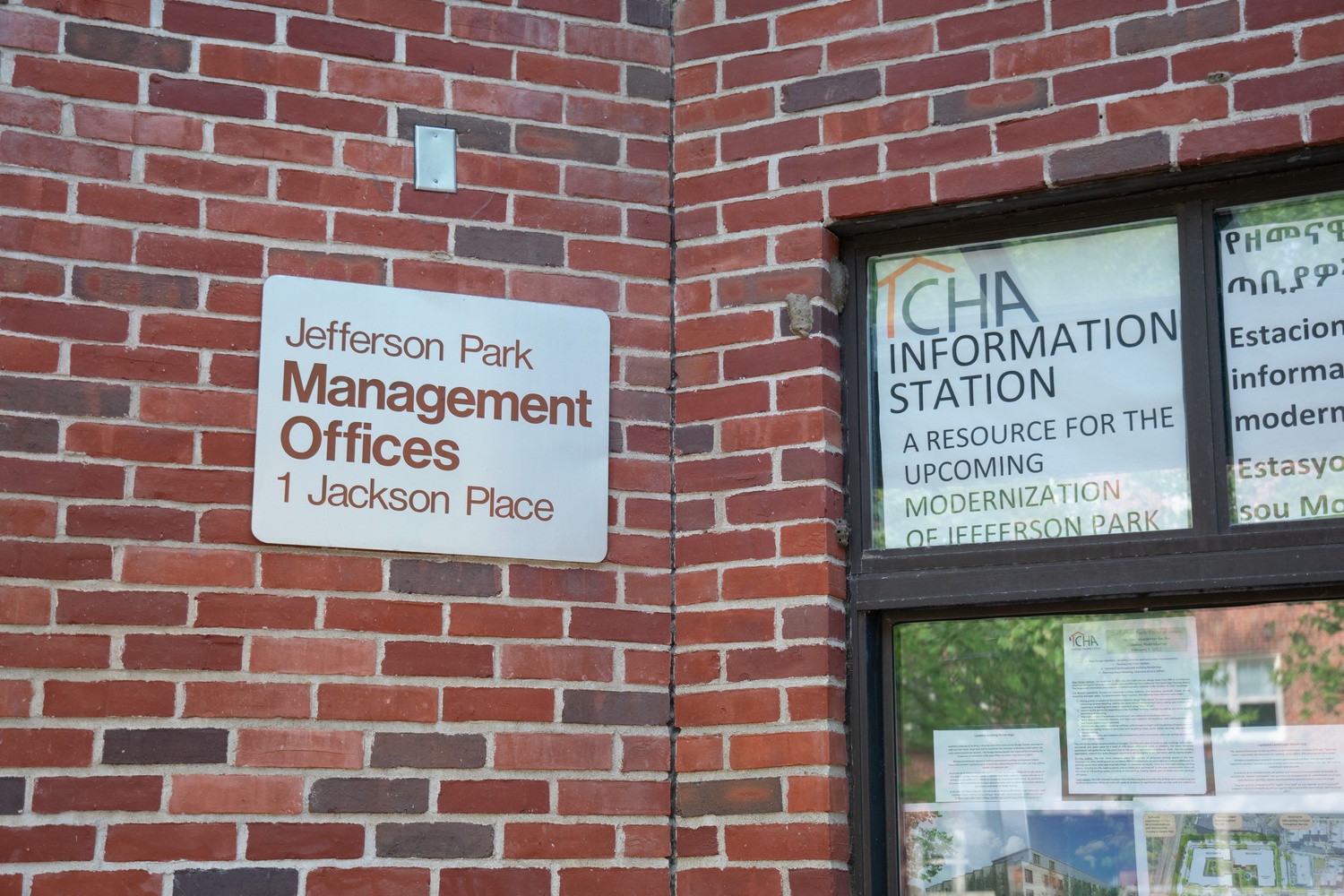 Jefferson Park Federal is a public housing development in North Cambridge. A modernization of the development under provisions of the Affordable Housing Overlay will preserve 175 units and add up to 103 more units of affordable housing. By Julian J. Giordano

Of the five projects currently being developed under the AHO, three — Jefferson Park Federal, Walden Square Apartments, and 116 Norfolk Street — are renovations or expansions of existing affordable developments.

“The only way you can really benefit from [the AHO] is if you own the land already,” Azeem said.

‘Why I Have Gray Hair’

Zoning regulations are not the only challenge plaguing affordable housing developers and preventing the waitlist from shrinking. Even with zoning regulations relaxed through the AHO, Johnston described searching for new sites for affordable development as “almost impossible.”

“That’s why I have gray hair,” Johnston said.

The Housing Authority and nonprofits like HRI compete with private developers for scarce and expensive Cambridge property. These developers, who often build offices, laboratories, or market-rate housing, have a massive financial advantage over the nonprofits.

“Developing market-rate housing in Cambridge,” Stockard said, “is pretty much like getting a money-minting machine in your basement.”

Cambridge has steadily increased its financial support for the Affordable Housing Trust Fund, a public fund for affordable development. The proposed city budget for the 2023 fiscal year allocates more than $38 million to the trust, a $6 million increase from 2022.

Azeem called for further increases, saying the city should aim to fund the construction of 250 affordable units each year.

In the coming weeks, Azeem said the Council was likely to increase linkage fees — a per-square-foot fee paid to the trust by market-rate developers — over the current fee of about $20 per square foot.

Although affordable developers and city policymakers commended initiatives like the AHO and the trust, they acknowledged that a considerable share of funding for affordable housing comes from the state of Massachusetts or the federal government. Many said that their efforts were underfunded.

Stockard credited the creativity of the city and the CHA in finding workarounds for additional funding and resources. One solution, he said, was the CHA’s establishment of three nonprofit organizations, which are controlled by the CHA, but can take advantage of loans and tax credits for affordable development that a government agency cannot.

“We’ve kept trying to increase the number of homes we have, by hook or by crook,” Stockard said.

As much as Cambridge’s local efforts to promote affordable development are commendable, Johnston said, the housing crisis is a regional, if not national, issue. He called on state and federal lawmakers to develop a comprehensive plan to fight the crisis.

“There’s no way we can house 21,000 people,” Johnston said. “The list is going to grow unless the country, and even state government, can start putting together a roadmap on how are we going to fix this.”