‘You Are the People I Admire’: Ashton Kutcher Calls for Hope Amid Adversity at Class of 2020 Dinner 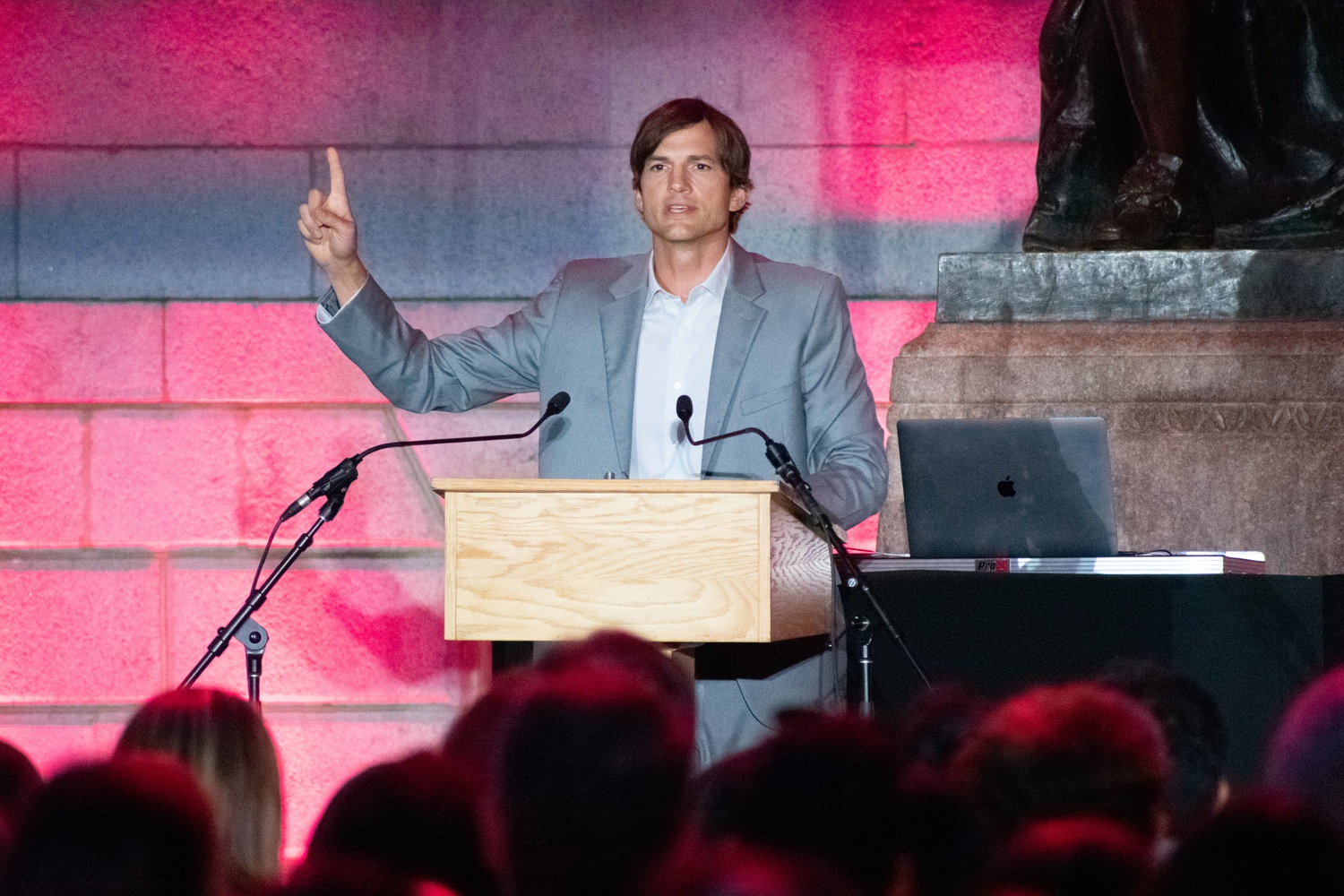 Actor Ashton Kutcher addressed members of the Class of 2020 at their Class Day dinner Saturday night, telling them they allowed him to maintain hope amid adversities.

After they were sent packing in March 2020 due to the Covid-19 pandemic, College students from the Classes of 2020 and 2021 never received in-person graduation ceremonies. Harvard is set to host a joint Commencement ceremony celebrating both classes Sunday, where Attorney General Merrick B. Garland ’74 will deliver the keynote address. Actress Adjoa Andoh spoke at the Class of 2021’s Class Day dinner Saturday.

Aside from his acting career, Kutcher co-founded the human rights organization Thorn, which focuses on defending children from online sexual abuse. He has also invested in several start-ups, including Uber and Airbnb, through his venture capital firm. 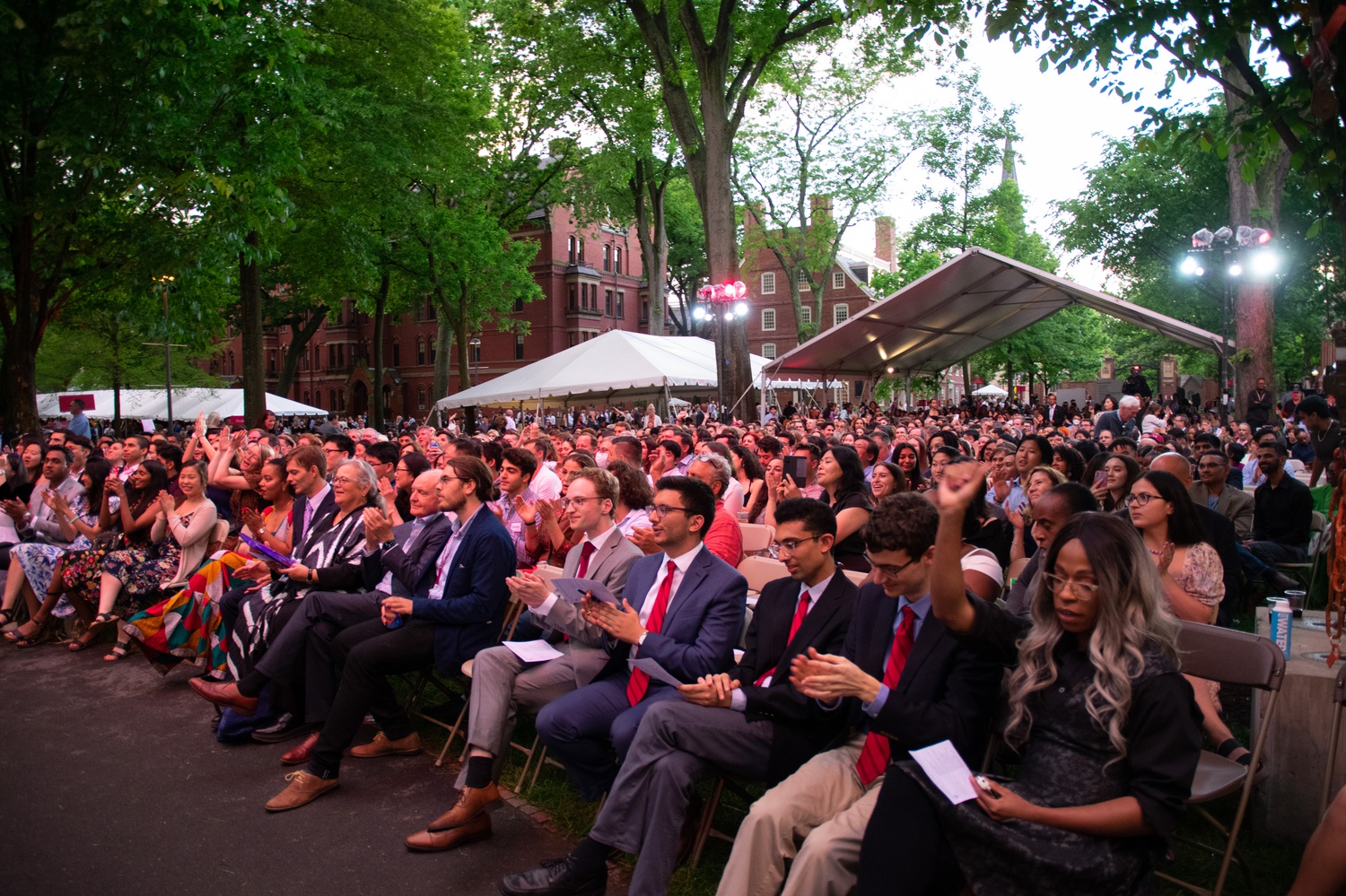 Members of the Class of 2020 look on as actor Ashton Kutcher speaks at their Class Day Dinner. By Julian J. Giordano

In his address — part of which he formatted as if it were an Oscar acceptance speech — Kutcher thanked various members of his family for showing him the benefits of optimism, hard work, and unconditional love.

Referring to the graduates and families in the crowd as “fellow nominees,” Kutcher said they inspired him to maintain hope amid recent national news, alluding to both the deadly school shooting in Uvalde, Texas, and the recent leak of a Supreme Court draft opinion that would overturn the landmark case Roe v. Wade.

“You are the people I admire. It’s you that gives me hope,” he said. “When children are taking their last breaths in classrooms, where they’re learning about the re-ignition of a Cold War while the Earth is on fire because of man-made heat, it is you that gives me conviction that equality can exist, that we can close economic wage gap while our representatives hand out checks to buy our allegiance.”

“It is you that emboldens me to believe that she will always have a choice,” Kutcher added to applause.

Members of the student group Harvard Out of Occupied Palestine protested Kutcher’s speech, holding up signs, including one that read “Kutcher Funds Apartheid.” 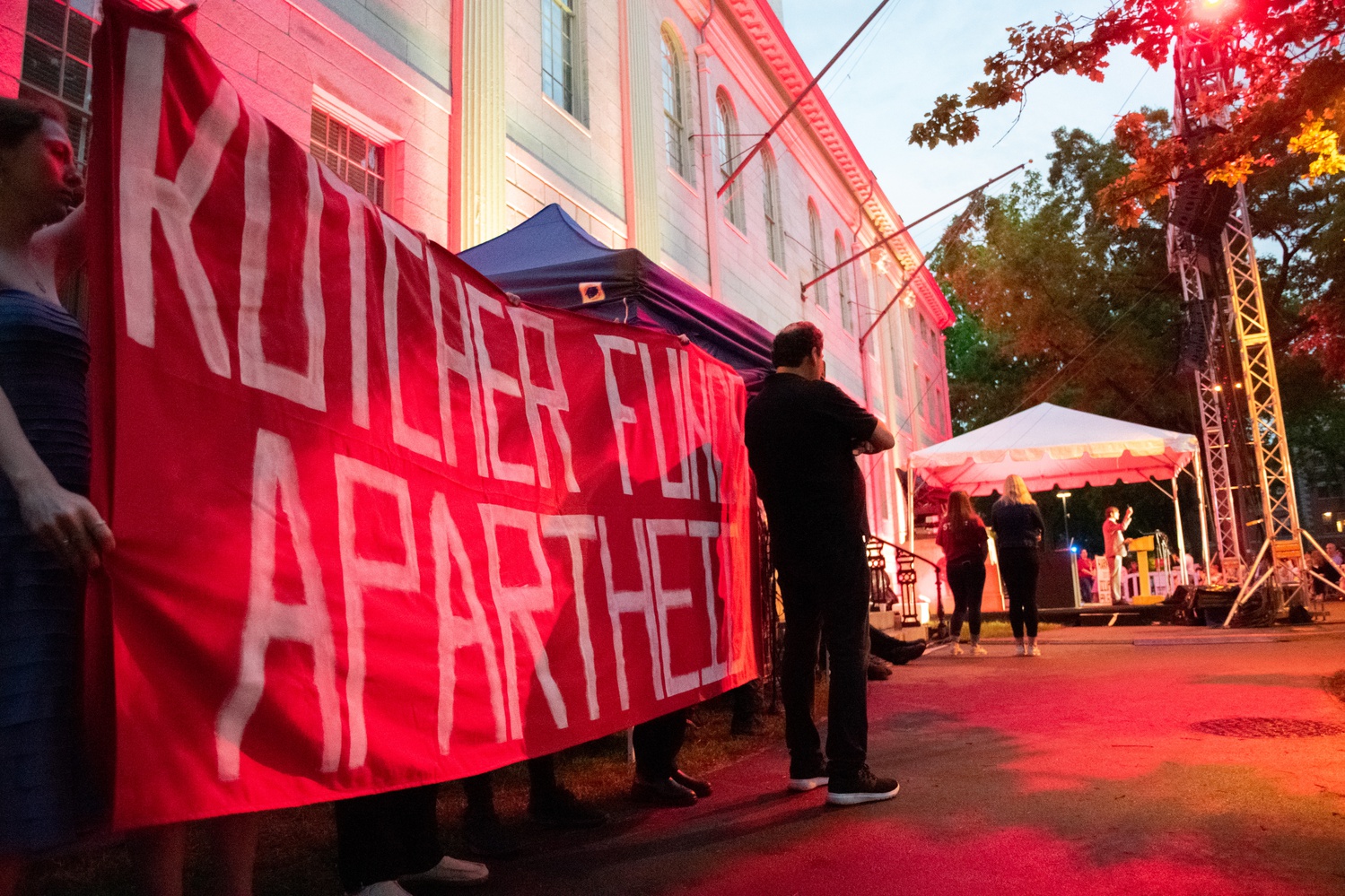 Abraham E. Rebollo-Trujillo ’20, one of the organizers of the protest, pointed to Kutcher’s attendance of the 2018 Friends of the Israeli Defense Forces gala — which raised $60 million for Israeli soldiers.

“I felt that it would be a shame to not even spark a conversation about what’s happening,” Rebollo-Trujillo said.

A Harvard spokesperson did not immediately respond to a request for comment on the protest. Kutcher could not be reached for comment.

Eric J. Cheng ’20, the First Marshal of the Class of 2020, opened the Class Day dinner by acknowledging recent hardships and reaffirming Harvard’s capacity to inspire hope.

“Regardless of how our perspectives changed, at one point in time each of us stood in this very yard, and felt that no matter who we were, where we came from, here, we could do anything,” he said. “I’m convinced that this aspect of Harvard — it being comprised of the most passionate hearts and minds in the world, those who will help us build a brighter future — remains true.”

Austin J. Lentsch ’20, the final student speaker of the evening and his class’s Ivy Orator, said the Class of 2020 would not be defined by what they lost during the pandemic, “but what we’re going to do with the pandemic experience that we’ve gained.”

“Each of you have an irreplaceable role to play in this society that we need to build together,” he said.

“Let’s heal. Let’s move on,” Lentsch added. “Let’s use this fresh start and remember why we actually came here in the first place: After two long years of Covid, we finally — finally — get to commence. So let’s begin.”