From Rolling Loud Miami: Aminé Brings the Block to Miami 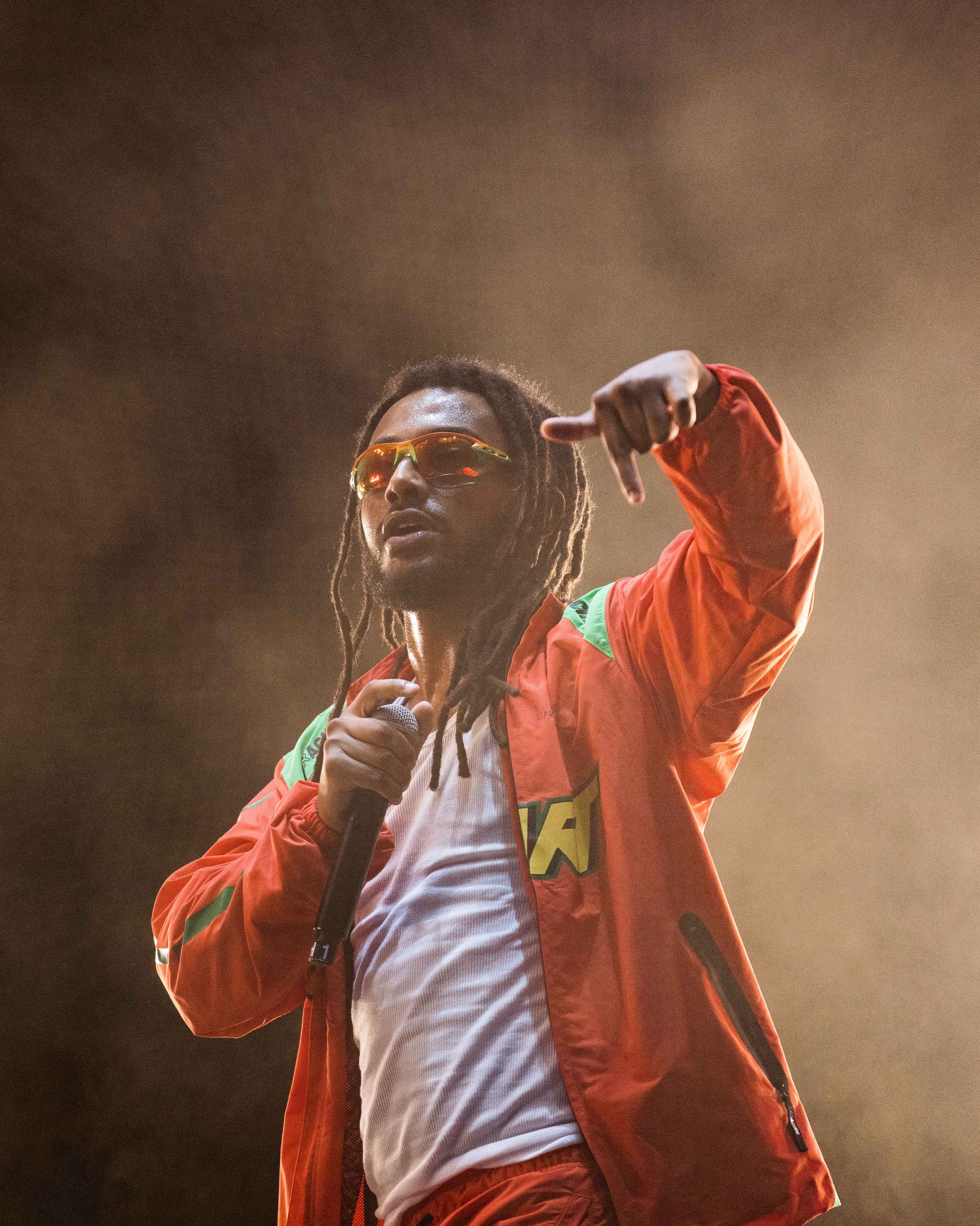 Decked out in a bright orange and green tracksuit with matching chunky sunglasses, Portland-native Aminé brought an unapologetically positive energy to Rolling Loud Miami’s day two lineup. Accompanied by his tour DJ Madison LST, who spun everything from a Spice Girls throwback to a “Drop It Like It’s Hot” sample, Aminé’s set was a true block-party — brimming with two-steps, colorful lights, and dripping sweat, because damn, Miami “is hot as a bitch, innit?” 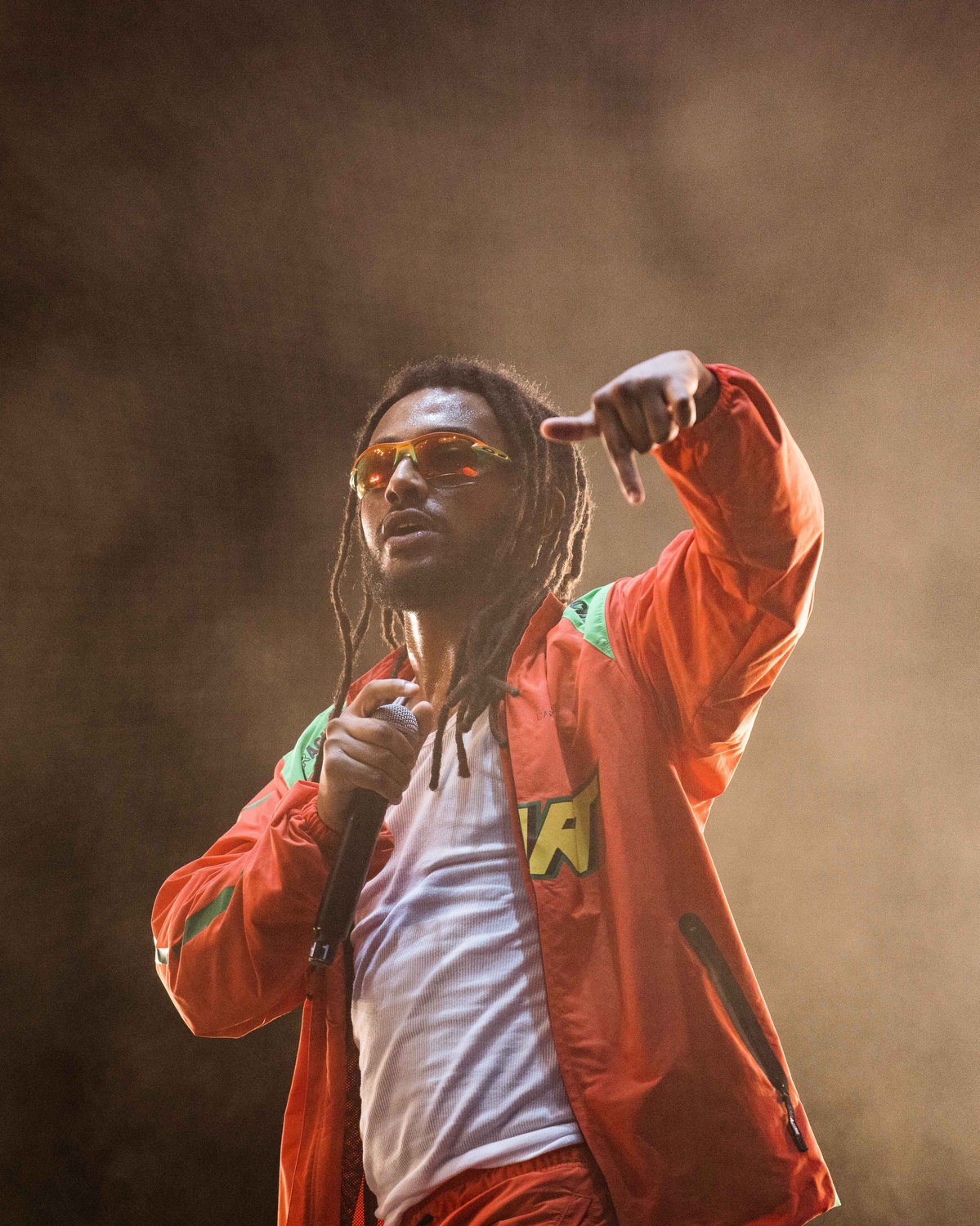 Due to an 8:15 p.m. set time directly before crowd-favorites Latto, Polo G, and Dababy, many of the audience members who had pushed their way to the barricades were only somewhat familiar with Aminé, choosing to slink through and stake out in preparation for the later performers. While a few die-hard fans matched Aminé bar-for-bar, some even hanging over the barricade for the chance to make eye contact with the rapper, others chose to just “bop” — as he encouraged everyone to do — before chiming in for his most popular songs. Like on the U.S. leg of his most recent tour, “Best Tour Ever,” Aminé performed “Spice Girl,” “RED MERCEDES,” and a slowed-down version of “Caroline,” complete with his trademark catchphrase: “If you ain’t Black don’t say it.” 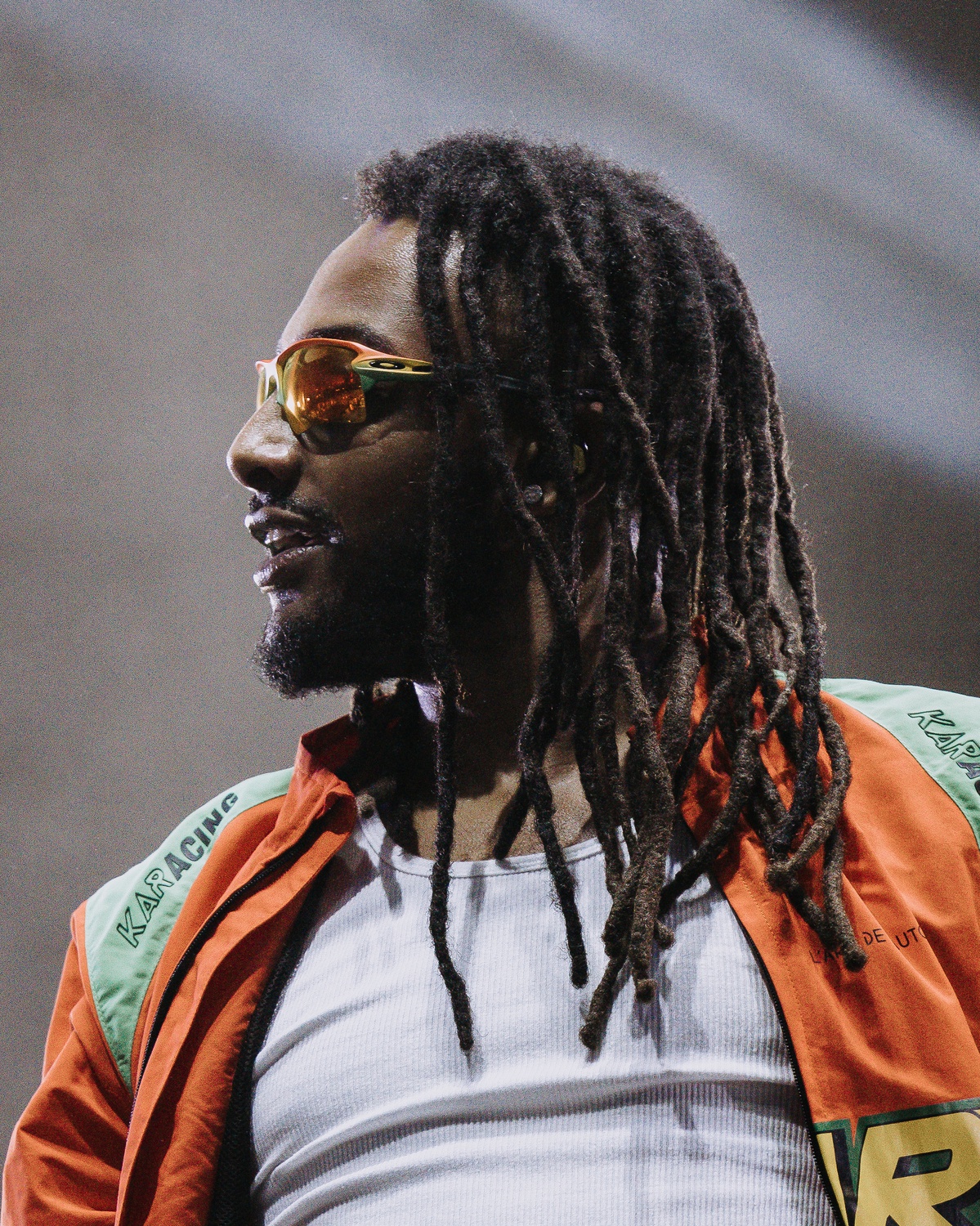 The crowd’s unfamiliarity with his songs didn’t stop Aminé from putting on an amazing performance full of fanservice. For long-time fans of the musician, watching his set felt like a journey through his artistic development. While he included songs from his newest album “TWOPOINTFIVE” — which he only recently finished touring in the U.S earlier this year — like “Mad Funny Freestyle” and “meant2b,” he didn’t shy away from tapping into the archives of his discography. In performing throwbacks like “Yellow,” a song that personifies an upbeat acknowledgement of his newly found musical success from his 2017 debut album, “Good For You,” Aminé reminded his listeners of how far he has come in the past five years.

No one present at Hard Rock Stadium could deny that Aminé simply had fun onstage that day. Armed with his signature one-legged hop and arm pump, Aminé’s energy was infectious. From Aminé asking the cameraman to “show them how the sweat is like, glistening on my body right now" to yelling “you’re beautiful” to the crowd — to which they would respond “I know!” — the set never had a dull moment. As readers can see in Rolling Loud’s official livestream of the performance, hands were always up and bouncing. 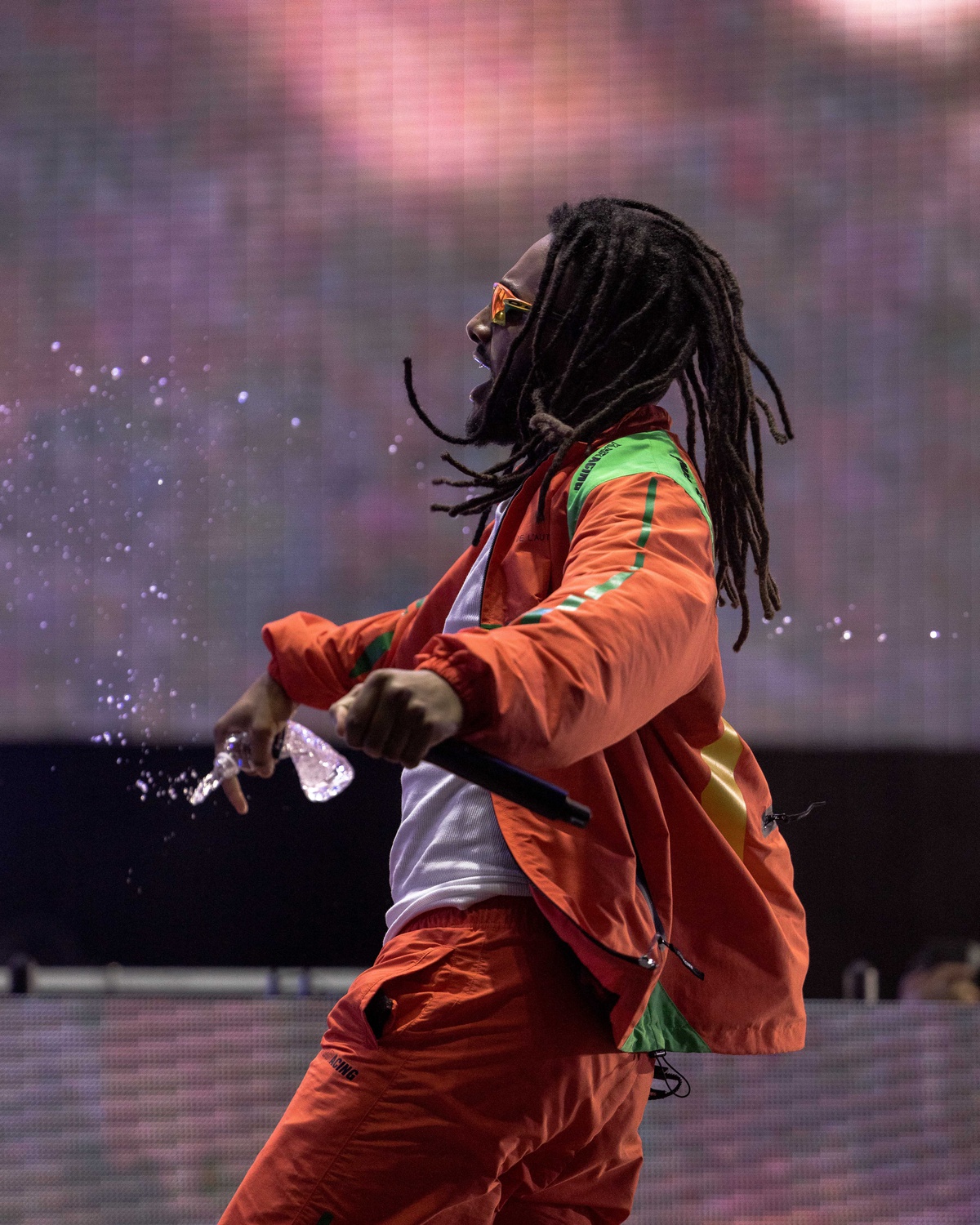 No one present at Hardrock Stadium could deny that Aminé simply had fun on the stage that day. By Courtesy of Rolling Loud / @HenryHwu

The groovier and bass-heavy tempo of Aminé’s discography facilitated one of the tamer crowds of the weekend. Even though spectators jumped, yelled lyrics, and occasionally moshed — particularly when Aminé realized he only had one song left and urged concert-goers to get “every mosh pit live in this motherfucker, but be safe” before playing “REEL IT IN” — the energy never felt too chaotic. Unlike the notably intense crowds for Playboi Carti, who Carti himself has even called a “Cult,” onlookers for Aminé experienced unadulterated fun.

As Aminé kicks off the second leg of his “Best Tour Ever” throughout Europe in early September, consider listening to both his recent and older projects. There is officially one year left until Rolling Loud Miami strikes again and in case Aminé finds his way onto the line up once more, it’s time to hit that play button.

— Staff writer Anya Henry can be reached at anya.henry@thecrimson.com.