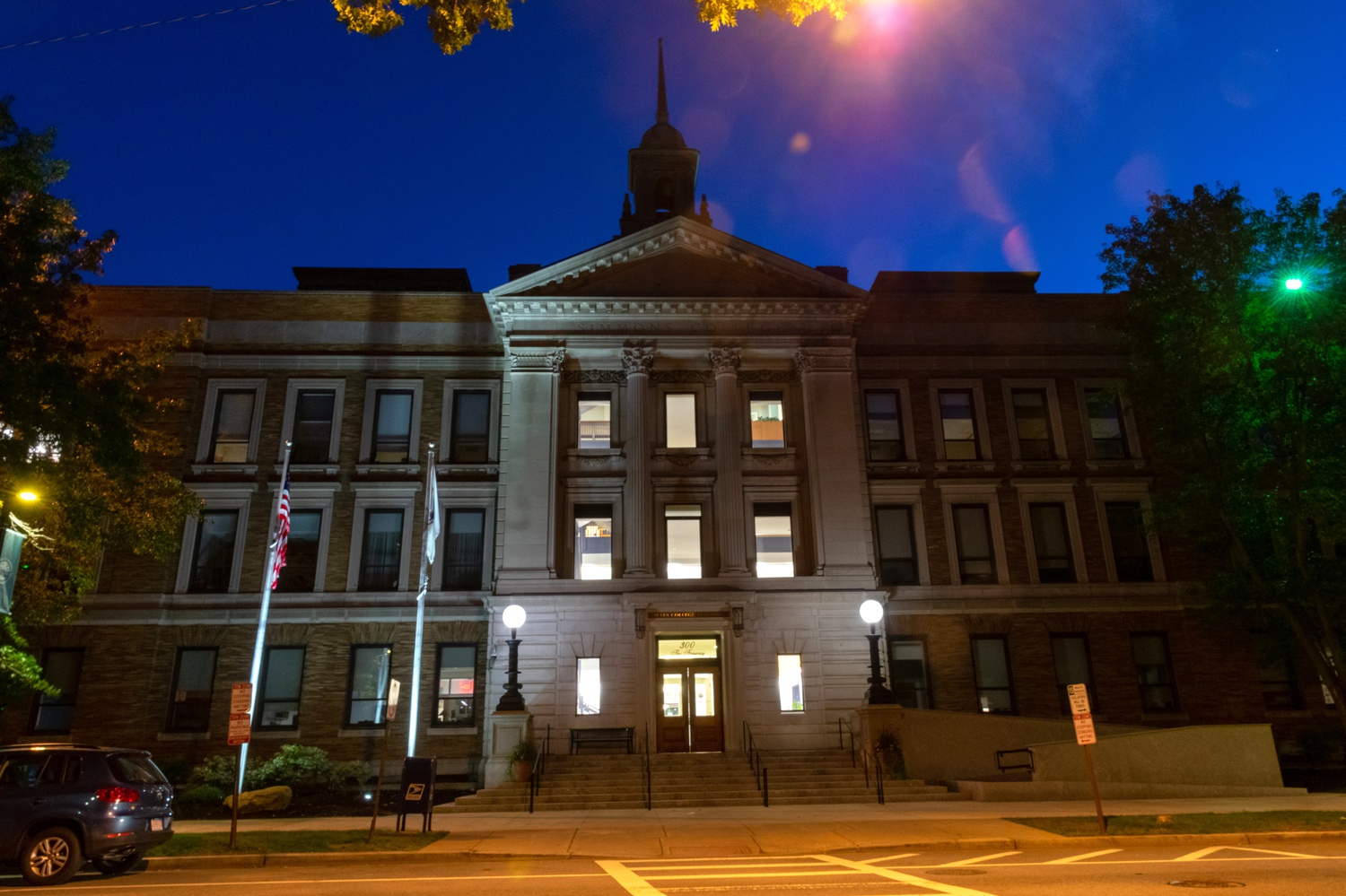 David Kane, previously a preceptor at Harvard whose contract was not renewed after students alleged that he authored racist blog posts, was recently hired by Simmons University. By Julian J. Giordano
By Alexander I. Fung, Ariel H. Kim, and Meimei Xu

Kane’s contract with Harvard as a Government preceptor ended in June 2021. But this fall, he will be back in a classroom — teaching a section of Statistics 118: “Introductory Statistics” at Simmons University.

In September 2020, students accused Kane of using the pseudonym “David Dudley Field ’25” to write racist posts on EphBlog, a website for Williams College affiliates founded by Kane, a 1988 graduate of the school, in 2003. “Field” had been writing posts since 2003, according to the site, and one post by “Field” in 2014 was signed “David Kane ’88.”

Some posts by “Field” claim that more than 90 percent of Black students at Williams would not have been admitted if not for their race, criticize Williams for condemning white supremacist group Identity Evropa, and call on Williams to stop partnering with QuestBridge — an organization that allows low-income students to apply to partner universities for free.

Jeffry A. Frieden, chair of the Government Department at the time, initially called teaching staff “unprofessional” for encouraging students to boycott Kane’s lecture. A few days later, he issued an apology for the “pain and hurt” caused by the posts. Government professor Kosuke Imai took over as the head instructor of Gov 50 while Kane continued teaching optional lectures.

In a statement Wednesday, Simmons Interim Provost Russell Pinizzotto wrote that Kane’s blog posts “did not surface” during the university’s hiring process, and students may transfer out of his class without penalty.

He added that the university is “committed” to creating an “open, respectful, and inclusive environment.”

“We do not support any statements or positions that contradict this commitment, because they run counter to who we are as an institution,” he wrote.

Pinizzotto said the school would “continue to monitor the situation” and provide any necessary updates.

“While we may sometimes vehemently disagree with an individual’s views, we support freedom of speech, in part because of the historic importance of this principle,” he added.

EphBlog was uncovered by Gov 50 student Alexis Queen ’23 after Kane invited controversial author Charles A. Murray ’95, prompting her to search her professor on Google. Queen said hearing that Kane would be teaching at Simmons was “disappointing,” in part because information about the controversy surrounding Kane is so easily accessible.

“When it first happened, my sophomore year, it was just like this feeling of ‘Oh, this is pretty readily accessible. Harvard could have seen this,’” Queen said. “I think now when you Google him, what comes up is The Crimson’s coverage of this whole situation, and so the fact that he once again got hired is just like, it’s kind of disappointing.”

Albert Yao ’24, who also took Kane’s class at Harvard, added that he was “not too surprised” to hear Kane would be teaching again.

“Academia in general doesn’t care that much about the personal behaviors of their teachers,” he said. “It just seems like regardless of what they say or what actions they have — even if they’re really, really negative — it seems that schools will still hire them to teach.”

“I don’t think that this is the kind of thing that we can leave up to university administrations, nor do I think we should,” she said.

Kane did not respond to a request for comment.